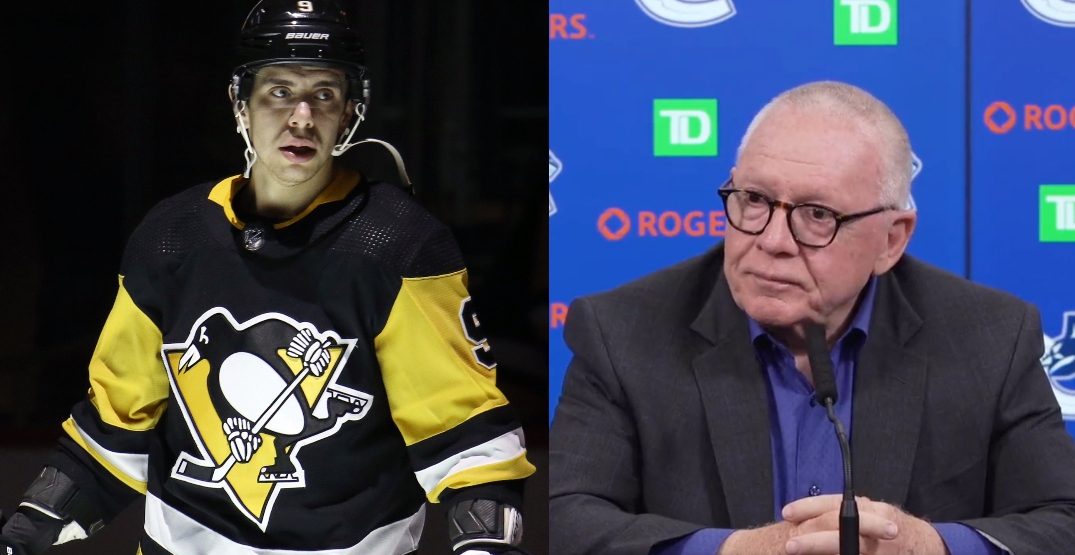 With a new management group in town, the Vancouver Canucks are facing a pivotal and potentially unpredictable offseason.

While there are many different directions this team could go, could Patrik Allvin and Jim Rutherford fall back on familiarity and recruit players they had previous ties with?

The Pittsburgh Penguins are an intriguing team this offseason. Although they’ve locked up winger Bryan Rust, that team still has a number of noteworthy free agents to take care of.

If they fail to do so, could Rutherford recruit one or two of them to join the Canucks?

This article will look beyond the scope of just current Penguins and include free agents who also have ties to Rutherford.

The Canucks have long had a gaping hole on the right side of their defence.

Despite being 35 years old, there aren’t many better options on the right side than Kris Letang.

The 16-year veteran is fresh off of a career-best 68-point season. He’s also reportedly at odds with Penguins management when it pertains to signing an extension.

According to latest reports, the Penguins are further along with Evgeni Malkin than Letang. The veteran defenceman is also looking for term, which could scare off some teams, including the Penguins.

The Canucks would obviously have to perform some cap gymnastics to make this happen. While it’s not likely, thinking about Quinn Hughes and Letang patrolling the same blue line is a tantalizing scenario.

While Evan Rodrigues was mired by inconsistency last season, he certainly provided value based on his $1 million salary last season.

Evan Rodrigues (PIT9) made his presence felt in the Pens' thriller 7-4 win over NYR.

Here are his most notable plays and puck touches from last night. #LetsGoPens #NHLPotN pic.twitter.com/HMZdko7aPh

Rutherford is certainly familiar with the player. He acquired him from the Buffalo Sabres back in February 2020, traded him to the Toronto Maple Leafs as a cap maneuvering move in August 2020, and quickly re-signed him to the Penguins as a free agent in October 2020.

At 34 years old, Phil Kessel isn’t the same player that he was when Rutherford acquired him from the Toronto Maple Leafs back in 2015.

That doesn’t mean he isn’t still a valuable NHLer.

Kessel was third on the dreadful Arizona Coyotes last season with 52 points in 82 games. He also led all Coyotes forwards with 14 power play points.

While he’ll never be reliable defensively, Kessel is still a talented puck distributor. He could provide some value on a cheaper, short-term deal.

He’s never scored more than eight goals in a season, but Simon does a good job of driving play.

His 58.8% shot attempt differential was one of the best marks among Penguins skaters, where he spent most of his season. Simon achieved that despite a heavy dose of defensive zone starts.

Like Simon, Zach Aston-Reese was part of a trade deadline deal that saw Rickard Rakell go from the Ducks to the Penguins.

Zach Aston-Reese, in return to Anaheim, is a very strong defence-only forward. pic.twitter.com/ACXUr7kv38

Also like Simon, there’s not much offence in Aston-Reese’s game. What he does provide however, is a solid defensive presence. Aston-Reese is more physical than Simon, finishing 15th overall this season with 231 hits. The 27-year-old has also been a reliable penalty killer throughout his NHL career.

Mark Jankowski was one of Rutherford’s last free-agent signings before his Pittsburgh departure. However, he wasn’t overly impressive for Pittsburgh in 2020-21, and spent most of this season down in the AHL.

Although he’s not flashy, Jankowski might be attractive as a low-cost, fourth-line centre who has some penalty-killing experience.

A player who’s long been victim of a bad contact, Victor Rask’s six-year deal worth $4 million per season finally expires this summer.

Although Rask was never worth that contract, he is an NHL player. The 29-year-old has constantly been a driver of possession, finishing with a higher shot attempt differential compared to his team’s average in all but one of his eight NHL seasons.

up to the task is victor rask! 😏 pic.twitter.com/x8e09ZbJ2f

Rask was originally drafted 42nd overall back in 2011 by Rutherford when he was GM of the Carolina Hurricanes.