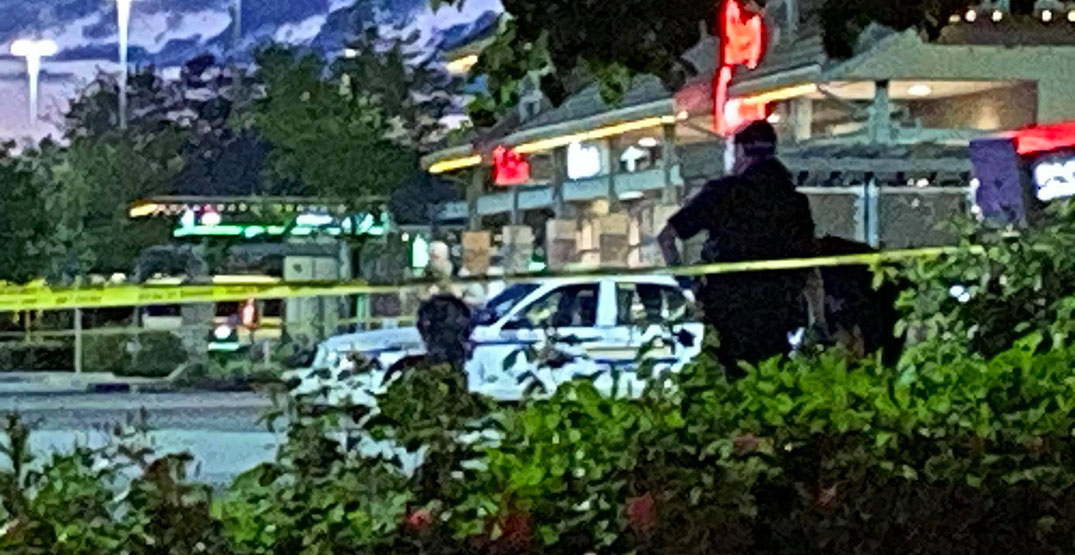 Police on scene at Ironwood Plaza in Richmond on May 28, 2020. (Courtesy of Vancouver TV)

BC’s police watchdog is investigating after a man went into medical distress and died while being arrested for shoplifting in Richmond.

Richmond RCMP officers responded to a call for help from a store security guard in Ironwood Plaza on Thursday evening, the force said in a news release.

Officers arrested the alleged shoplifter, but soon after placing him in handcuffs they realized he was in medical distress, according to the Independent Investigations Office.

The IIO says officers performed CPR and called for an ambulance. Paramedics tended to the man for another 45 minutes before taking him to hospital where he was pronounced dead.

The IIO is now investigating whether police action or inaction contributed to the man’s death. The watchdog looks into all incidents involving police in BC that result in death or serious injury.