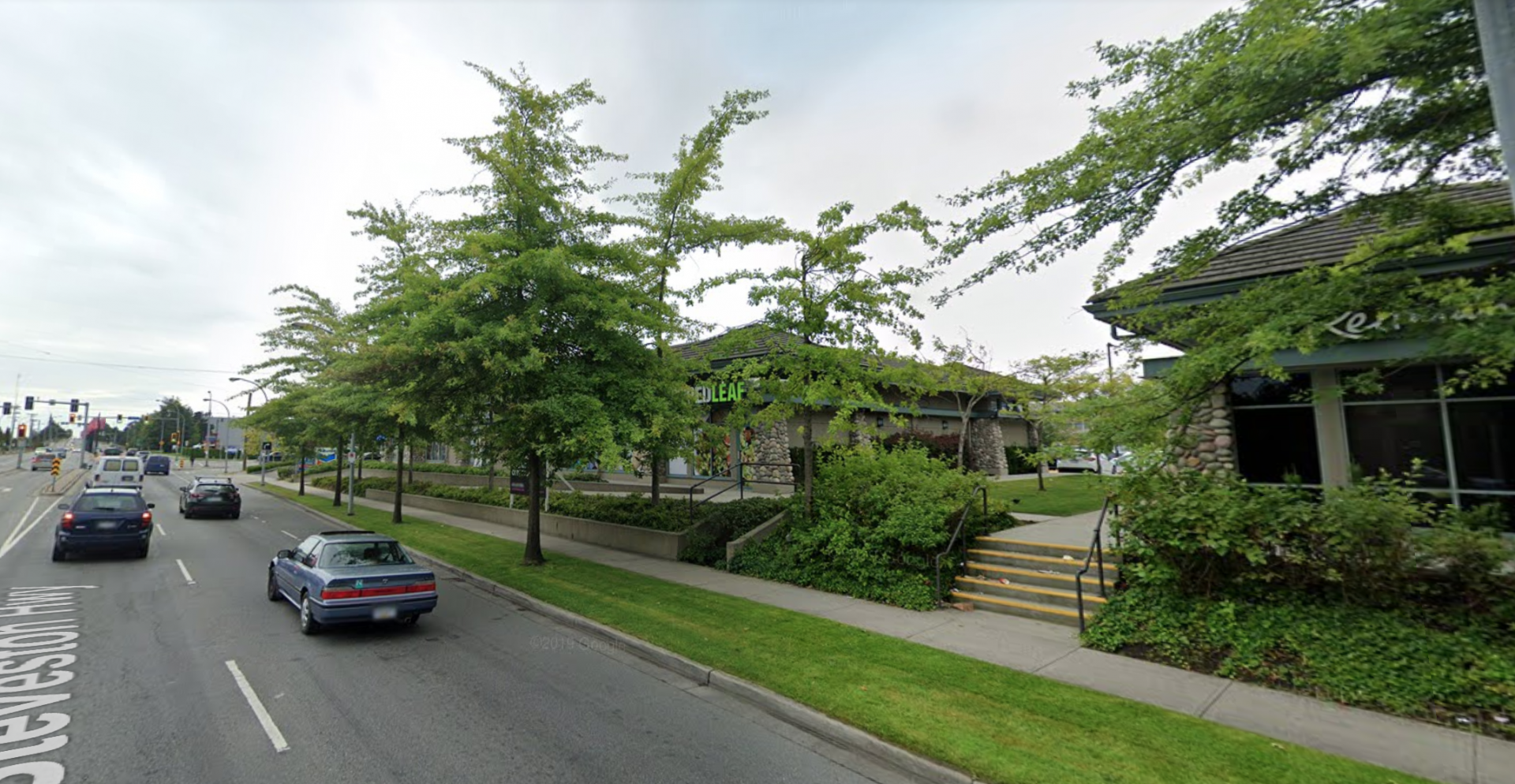 The assault happened inside a business near No. 5 Road and Steveston highway. (Google Streetview)

Mounties have alerted the public to a disturbing racist attack in Richmond earlier this month.

One man is in custody after the May 17 incident, where police say the suspect yelled racist slurs at another man in a south Richmond parking lot before following him into a local business and physically assaulting him.

The victim told police the suspect, a white man, pulled up beside him as he parked his car near No. 5 Road and Steveston Highway and began yelling racial slurs. When he got out of his car, the suspect got out as well and continued uttering racist remarks, according to an RCMP news release.

After that, the victim got back in his car and locked the doors. But the suspect didn’t give up – he allegedly continued hurling racist insults and pounded on the complainant’s front passenger window.

As this continued, the victim got out again and sought shelter in a local business. The aggressive man followed him inside and physically assaulted him, according to police.

After gathering surveillance footage, police were able to identify and arrest the suspect. But they still want to hear from people who saw the attack.

“An incident like this affects everyone in our community. While various evidence has been gathered, we want to hear from anyone who may have witnessed it,” Cpl. Adriana Peralta said.

“We can also provide an opportunity for victim support, in many languages, and we are asking anyone who hasn’t already to come forward.”

Police did not disclose what ethnicity the victim identifies as, but it comes at the same time there has been an increase in anti-Asian hate crime during the pandemic.

Anyone with information about what happened can contact the Richmond RCMP at 604-278-1212 or [email protected] and quote the file number 2020-13295. Tips can also be left anonymously through Crime Stoppers.