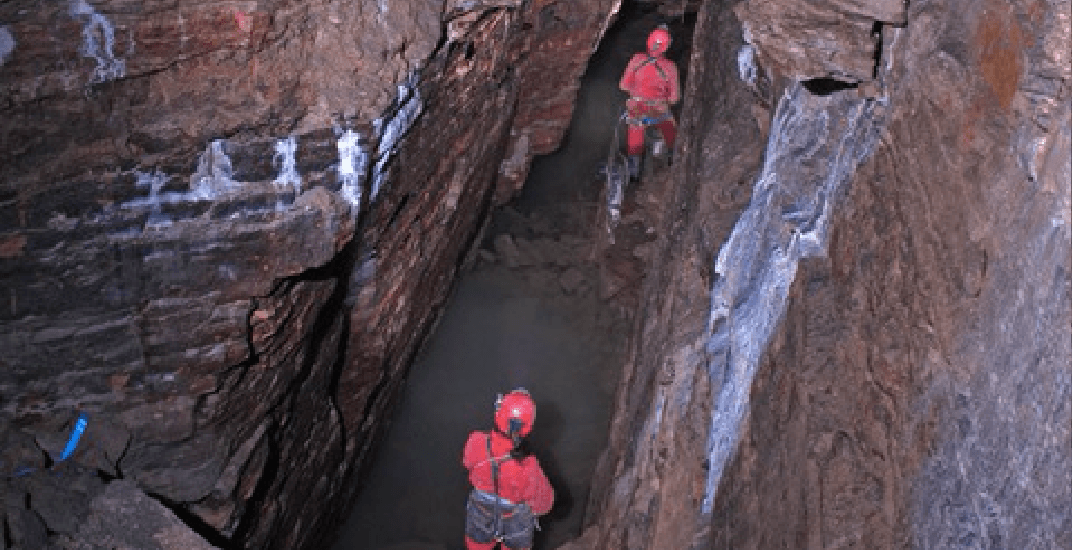 A secret cavern dating back to the ice age has been discovered underneath Montreal.

Explorers found a 200-metre long passageway underground cave below the city that includes both a lake and stalactites.

“The main gallery, with an average size of 6 m high and roughly 3 m wide, is partly occupied by a crystalline body of water,” said the City of Montreal in a release.

The cavern originated over 15,000 years ago during the last ice age and is located below Parc Pie-XII in the Saint-Léonard borough.

They used an inflatable canoe to explore the cavern, which is filled with nearly five-metres of water.

Both Caron and Le Blac are still exploring the area and are not sure how far the tunnel will continue.

“The results of these explorations are quite extraordinary. These galleries unveil a new wealth of our natural heritage that adds value to the cavern already known to the public,” said Michel Bissonnet, mayor of Saint-Leonard borough, in a statement.

“Obviously, the priority of the borough of Saint-Léonard, following these new explorations, is to make sure to document these galleries located under the Pie-XII Park, so as to determine precisely their depth in the ground and their extent.”