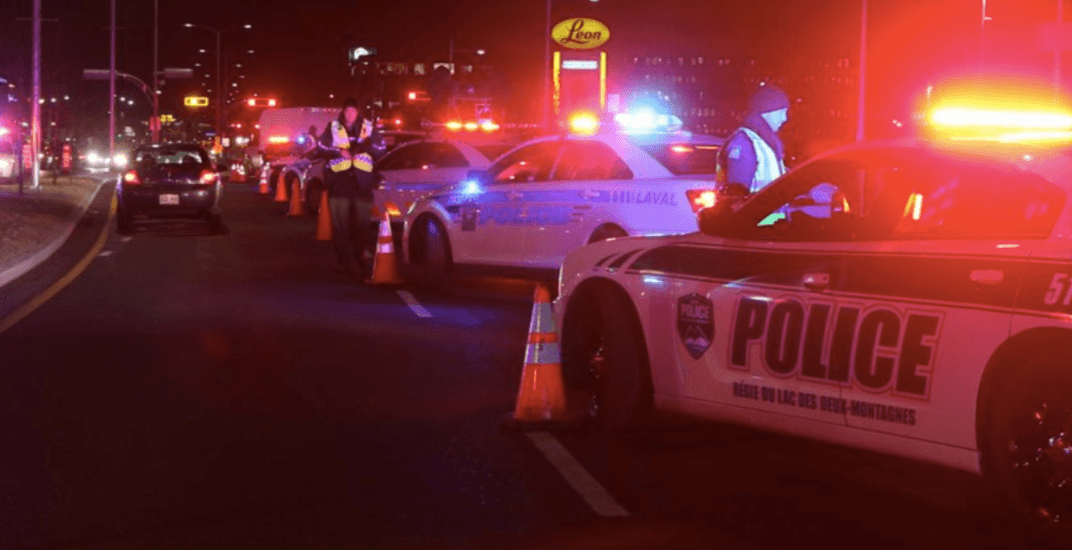 Police around the province have increased their road checks for the holidays.

From now until January 3, 2018, more officers will be on the road stopping impaired drivers who have consumed alcohol or drugs.

“Opportunities to consume alcohol during the holiday season are on the rise at family celebrations or meetings with colleagues. The police and the SAAQ want everyone to take full advantage of these festivities, knowing that getting behind the wheel with impaired driving is a criminal act,” said Sûreté du Québec in a release.

In 2016, an average of 18 drivers per day were arrested during roadside holiday checks.

“According to the SAAQ, from 2011 to 2015, in approximately 85% of the collision cases, the driver, involved and convicted of an alcohol-related or driving-related offense, was not a repeat offender,” said Sûreté du Québec.

First-time offenders found guilty of driving under the influence will have their licence immediately suspended for 90 days and will have to pay a minimum fee of $1000.