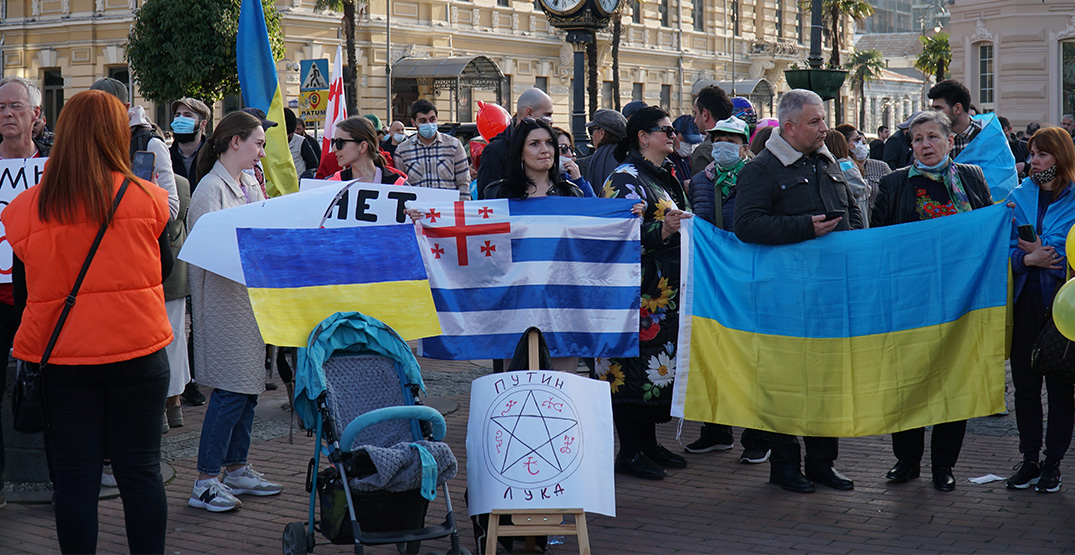 Russian President Vladimir Putin has launched an invasion on Ukraine after years of political tension that has escalated in the last few weeks.

On Thursday, Ukraine President Volodymyr Zelensky called the attack “a declaration of war against the whole of Europe” on Twitter.

Russian occupation forces are trying to seize the #Chornobyl_NPP. Our defenders are giving their lives so that the tragedy of 1986 will not be repeated. Reported this to @SwedishPM. This is a declaration of war against the whole of Europe.

As troops flood the borders, protests have erupted across Eastern Europe in support of Ukraine.

Canadians may have seen videos of the dire situation on the ground in cities like Kyiv and Kharkiv, where civilians are evacuating and sheltering from explosions.

You may be wondering how you can help from across the pond. Thankfully, Ukrainians have gathered a list of reputable resources on ways foreigners can help.

Donate to these organizations who are supplying medical aid to those on the frontlines:

Fundraiser for Sunflower of Peace

Donate to this organization that helps children affected by the war in Ukraine:

Be skeptical of your news sources

Local publications in Ukraine like The Kyiv Independent are working hard to ensure the facts are being reported, instead of Russian propaganda.

You can also donate to The Kyiv Independent through their Patreon and GoFundMe.

Here’s a brief explainer on the history that led up to the Russian invasion. If you want a more in-depth look, Instagram user Kateryna Gudziak has provided a list of educational books that explain the conflict in more detail.