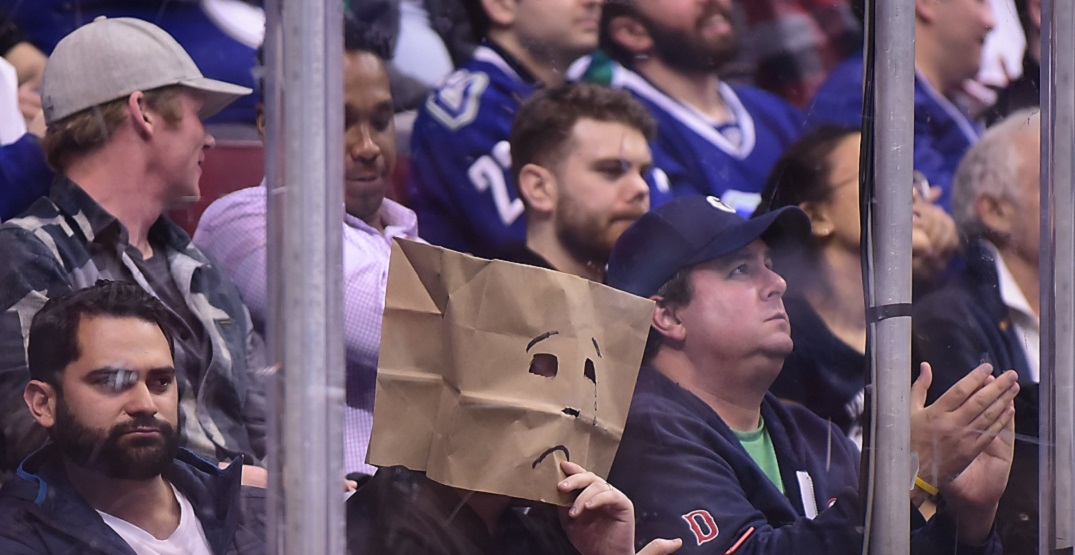 After a report revealed that the NHL would be adding ads to their jerseys for the 2022-23 season, most hockey fans weren’t thrilled with the news.

On one hand, some fans came to accept that the jersey ads would mean more money for the league, but some were overwhelmed by another surface covered by corporate sponsorships.

While the patches will likely be a small shoulder/chest patch akin to the NBA, some felt that hockey could hopefully avoid the latest creep of capitalism into their sport.

Some pointed to Gary Bettman’s comments from a press conference prior to the Stanley Cup Final on the topic:

“I wouldn’t necessarily say that it’s inevitable,” Bettman said about jersey ads. “It’s something that makes good sense for us to be considering and looking at but certainly not for next season. Beyond that, I’m not prepared to predict, but it’s something we’re looking at.”

The NHL introduced helmet advertisements in the 2021 season and will be continuing that revenue stream moving forward.

Here’s some of the day’s best reaction from around Twitter about the NHL ads on jerseys:

the NHL after putting ads on jerseys pic.twitter.com/XL9mbFxdpS

This trend better stop there or jerseys will start to look like NASCAR Or European jerseys.

"I play for the crest on the front, not the name on the back." pic.twitter.com/QhlRVbIce6

Hockey has the best jerseys of any sport so of course the NHL is going to ruin them with ads.

I am absolutely infuriated by the NHL allowing ads on jerseys.

Now, excuse me while I go to PPG Paints Arena and sit in Captain Morgan Club to catch the IBEW Warm Ups.