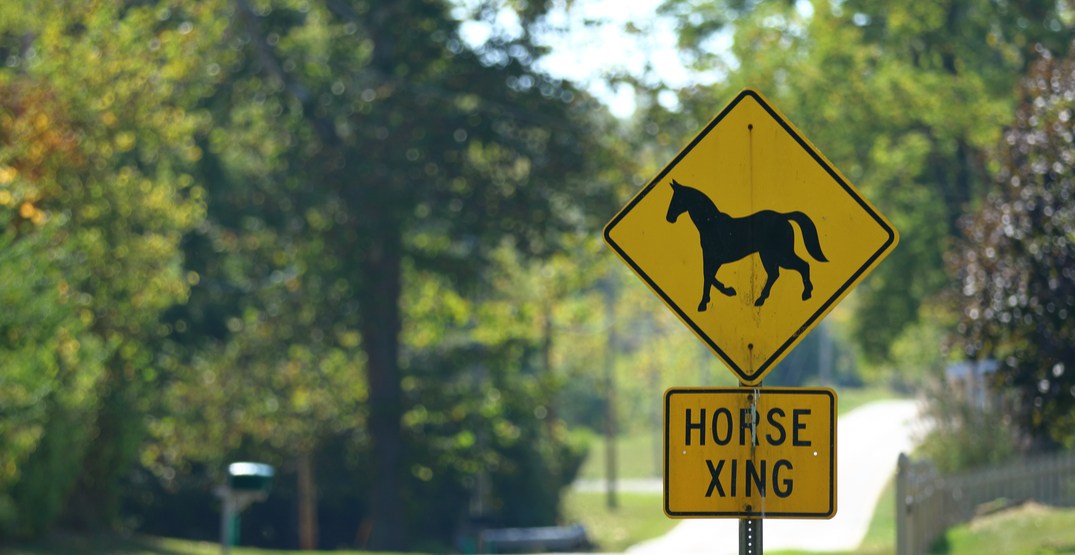 A horse has been euthanized following a collision with a vehicle in Maple Ridge.

On the afternoon of Friday, June 22, Ridge Meadows RCMP responded to a call of an injured horse in a ditch the 22000 block of 132 Avenue.

According to police, the horse was without a rider, had escaped from its holding area, and jumped into oncoming traffic.

A vehicle headed eastbound hit the horse and the driver pulled over immediately to call the police.

The impact of the collision caused the horse to fall to the ground and the animal suffered damage to its legs.

A passerby stopped and tried to comfort the wounded horse. However, the animal was in pain and made unpredictable movements, causing the woman to become trapped underneath its body.

A veterinarian attended the scene and sadly, the horse had to be euthanized.

Ride Meadows RCMP says the passerby was transported to hospital with non-life-threatening injuries.