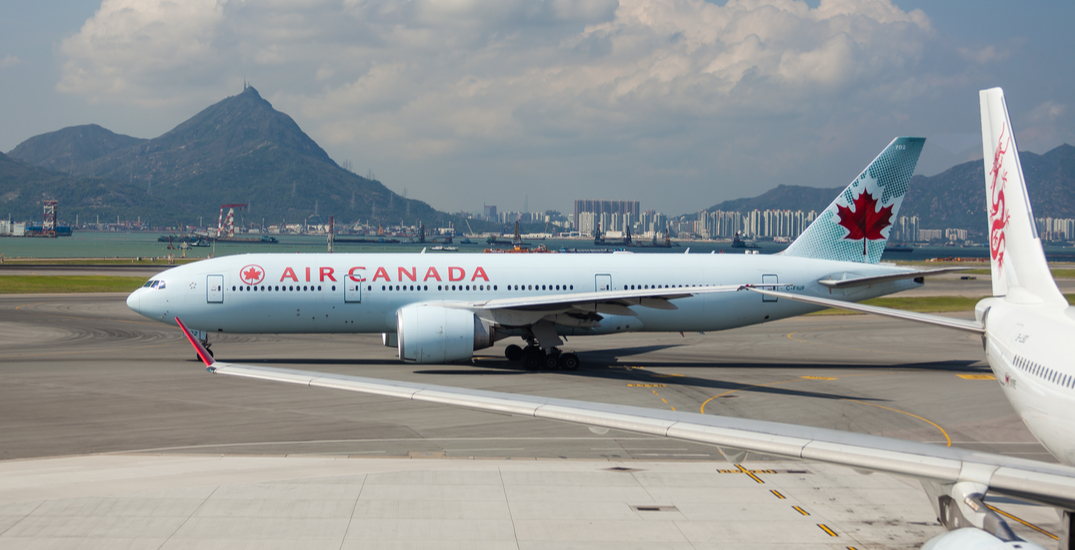 The measure was announced on Friday after a passenger on Air Canada flight ACOO7, which travelled from Vancouver to Hong Kong on October 13, tested positive for COVID-19.

The department said another person on the flight failed to comply with the requirements specified under the Prevention and Control of Disease (Regulation of Cross-boundary Conveyances and Travellers) Regulation.

Under the regulation, travellers may be required to provide information concerning their health and travel history.

The ban on passenger flights took effect on October 16, and will be in place until October 29.

Hong Kong reported nine new COVID-19 cases on Friday, all of which were imported.

The Department of Health said the new cases were detected in seven females and two males who range in age from three to 68.

Of the 59 cases reported in Hong Kong between October 1 and 14, 58 were imported.

Daily Hive has contacted Air Canada and will update this story accordingly.