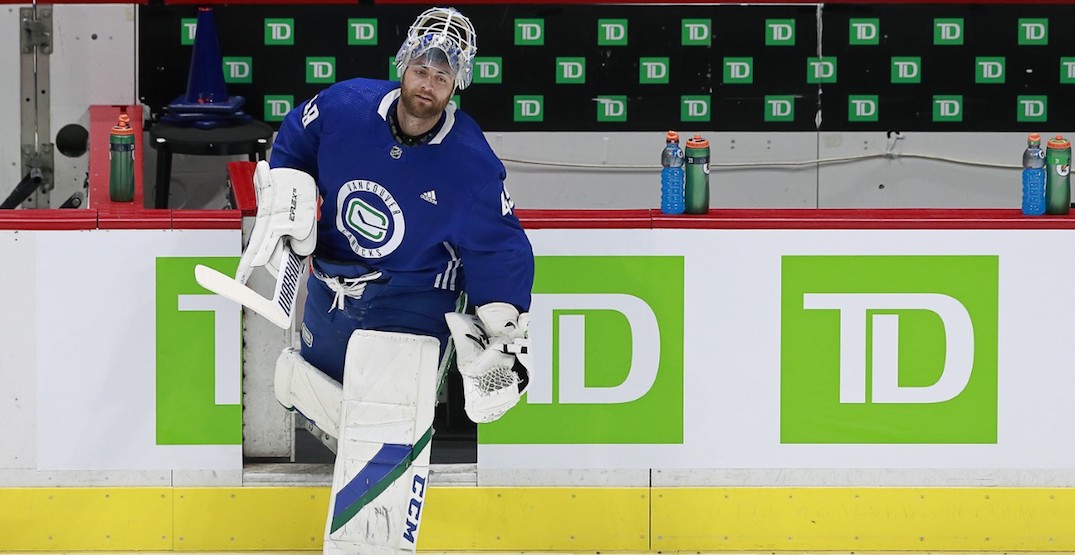 The Vancouver Canucks are entering the 2020-21 season without a clearcut No. 1 goalie, which makes this season’s opening night starter an interesting choice.

Would Travis Green go with newcomer Braden Holtby, who has a Stanley Cup and a Vezina Trophy on his resume, but is coming off a disappointing season with the Washington Capitals? Or would he start Thatcher Demko, the goalie of the future and maybe goalie of the present, after his sensational three-game playoff run?

Green refused to answer that question during today’s media conference from Edmonton, but Sportsnet’s Dan Murphy has found the answer.

It’s going to be Holtby.

This may not mean much in the grand scheme of things. The Canucks and Oilers play again tomorrow night, with Demko likely to get the start in that one. With a condensed schedule this season, backup goalies will be leaned upon more than normal.

But this is a story worth monitoring, particularly if one netminder clearly outplays the other.