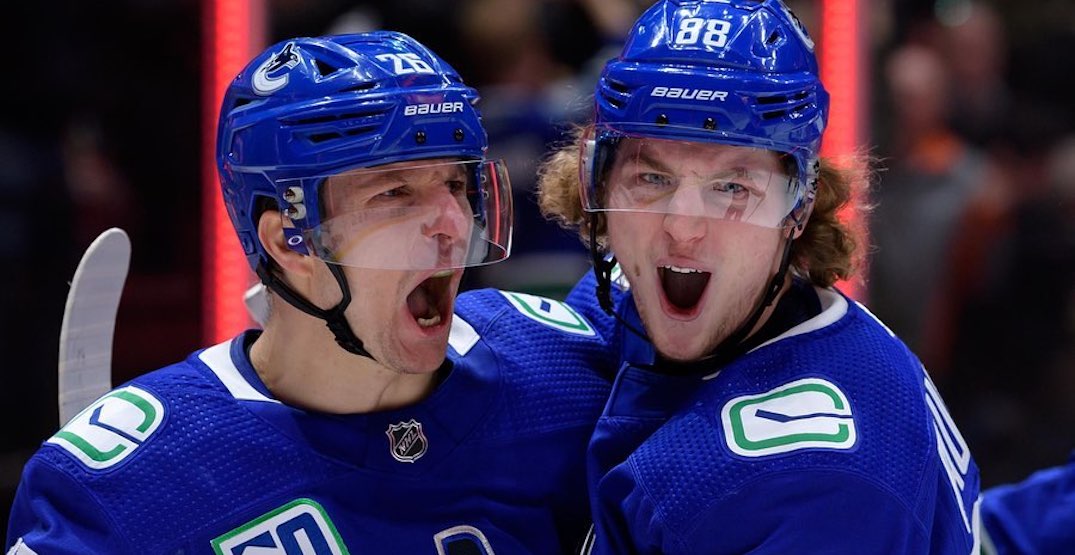 With hours to go before the puck drops on the 2020-21 season, the Vancouver Canucks have announced their opening night roster. The Canucks are in Edmonton to play the Oilers tonight (7 pm PT on Sportsnet).

A total of 24 players were named to the active roster, though two players — JT Miller and Jordie Benn — will be inactive to start the season due to COVID-19 protocols.

An additional six players have been named to the “taxi squad,” which is a new term for hockey fans this year. That group will be on standby in case of an outbreak.

The remaining players were sent to the Utica Comets, in preparation of the start of the AHL season. Calling up players from Utica will be more complicated than usual, given the mandatory 14-day quarantine for incoming travellers to Canada.

Nils Hoglander has made the team, as expected, after impressing in training camp. Loui Eriksson is on the roster as well, after clearing waivers this week. Defenceman Jalen Chatfield, who has yet to appear in an NHL game, has also made the team.

The Canucks have also confirmed their alternate captains, as Alex Edler and Brandon Sutter will once again be wearing A’s this year. Bo Horvat enters his second season wearing the C as Canucks captain.