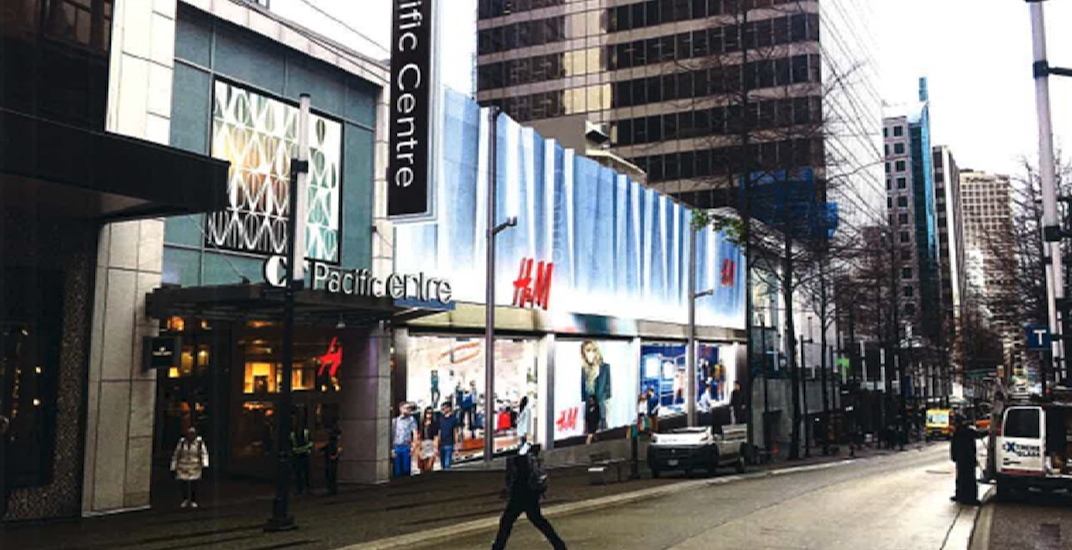 H&M at CF Pacific Centre shopping mall in downtown Vancouver is set for a major expansion and renovation.

Daily Hive has learned that the Vancouver flagship store will see an additional level added, turning the store into a three-level location.

According to a commercial real estate source who wished anonymity, the Swedish fast fashion retail giant will takeover a large first floor mall space located immediately below the the existing store area.

The space is currently vacant, and it includes the former retail space of Express which closed in May 2017.

It essentially takes over the same store space as the shopping centre’s original Holt Renfrew store, which relocated to the new and redesigned space on the opposite end of the shopping mall in 2007 – where the old multi-storey atrium and food court area used to be. 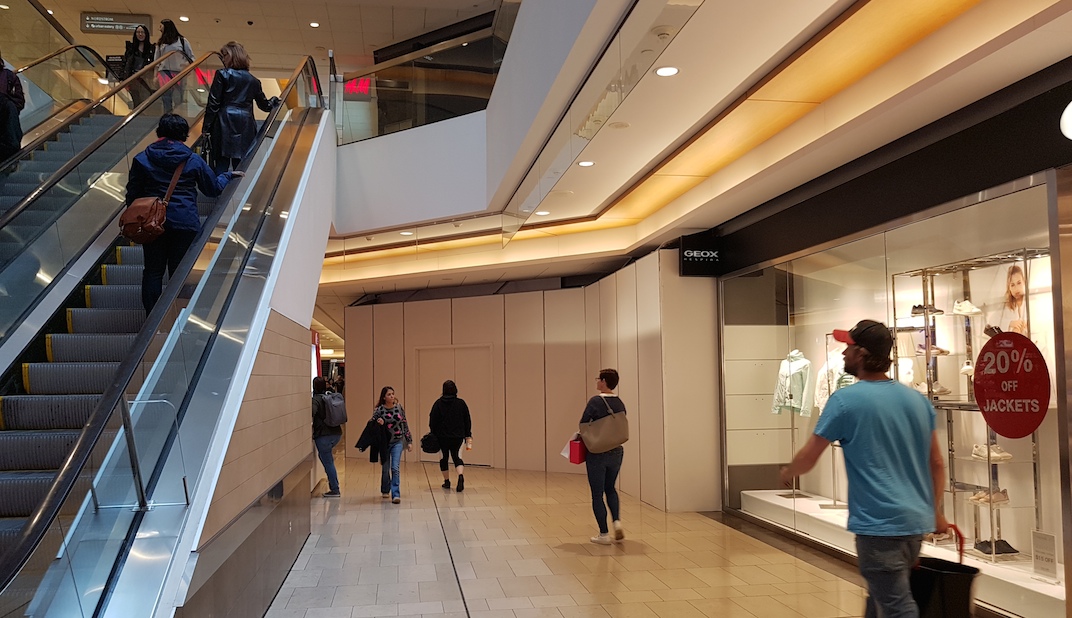 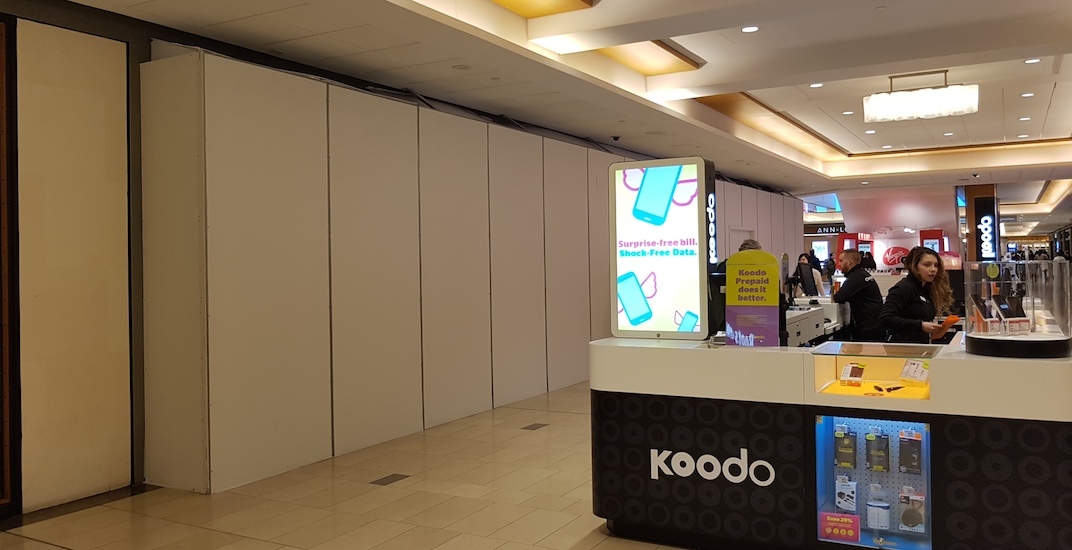 There is no indication at this time what the new level will be used for, such as whether it will allow a reconfiguration of the entire store space to accommodate a new H&M Home department.

Renovations will also be performed to the store’s exterior along Granville Street, including a new facade and new signage. 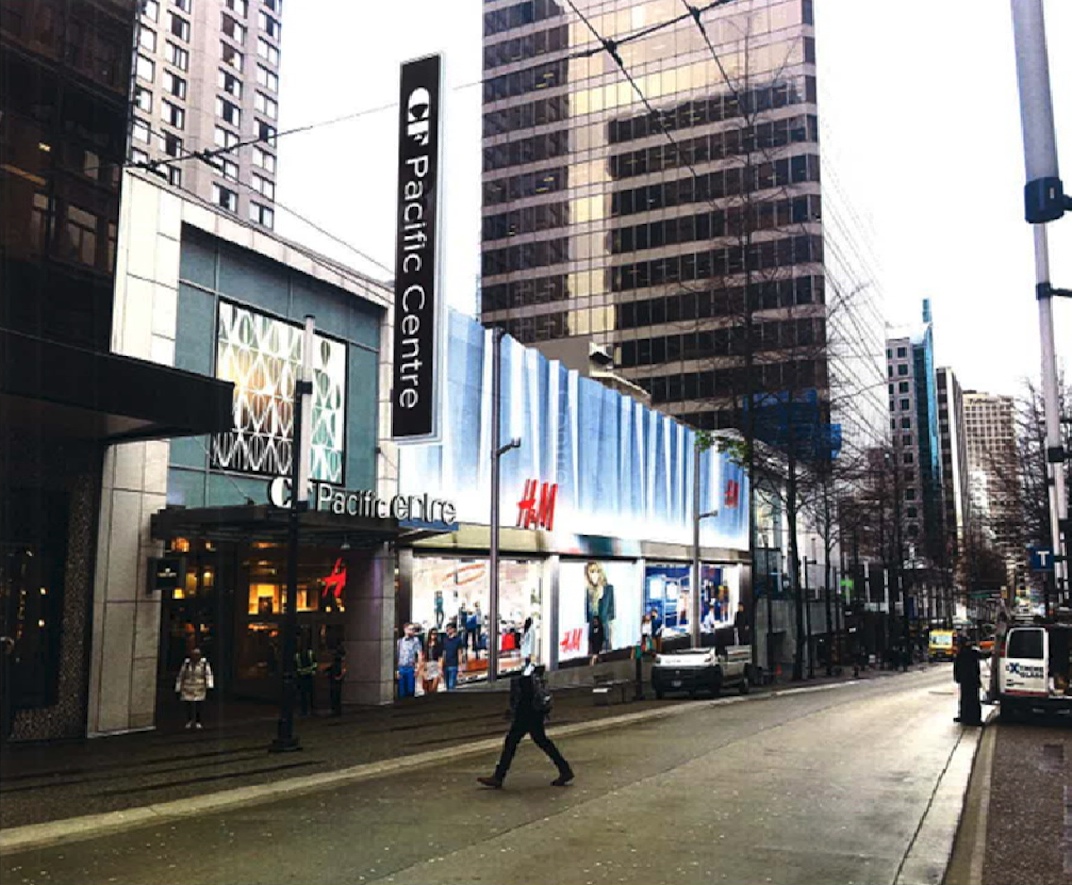 H&M and Apple opened within Holt Renfrew’s original space in the spring of 2008. When the latest expansion and renovation is complete, it is anticipated the CF Pacific Centre store will be one of H&M’s largest Canadian locations, just behind the 53,000 sq. ft. store at CF Toronto Eaton Centre and the 40,000 sq. ft. store at CF Carrefour Laval in Montreal.