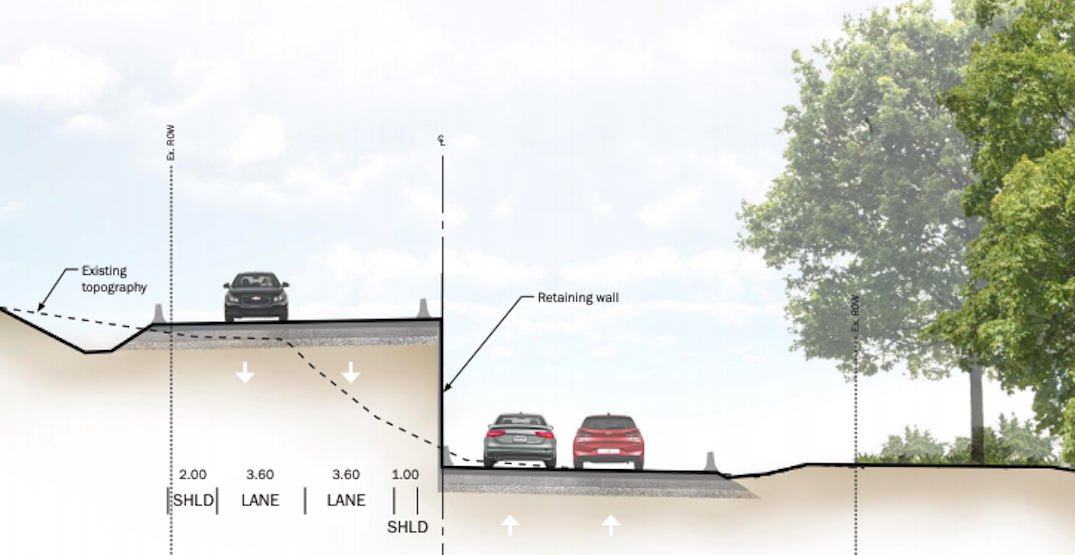 The provincial government has plans to provide a sizeable segment of Highway 7 in Maple Ridge with a major improvement and expansion.

Over five km of the highway between Spilsbury Road and 287th Street will be widened to four lanes, up from its current width of two lanes.

Other upgrades entail a reconfiguration of the road geometry to improve sightlines and visibility for drivers, the installation of a centre median barrier to reduce the risk of vehicle cross-overs and collisions, two-vehicle turnarounds, and upgrades to three signalized intersections at River Road, 280th Street, and 287th Street.

There will also be a two-metre-wide cycling and pedestrian path along the highway shoulder. A physically separated path design is not possible due to private property and CP railway line constraints.

Map of the Highway 7 upgrade in Maple Ridge. (Government of BC)

The BC Ministry of Transportation and Infrastructure states this upgrade is necessary to improve not only safety but capacity.

The segment has a collision history that exceeds the provincial average for similar routes. Due to the proximity of the railway to the highway, there are challenges with backups onto the highway when trains are crossing. As well, emergency vehicles and large trucks have difficulty with turning at key intersections, creating a safety issue. 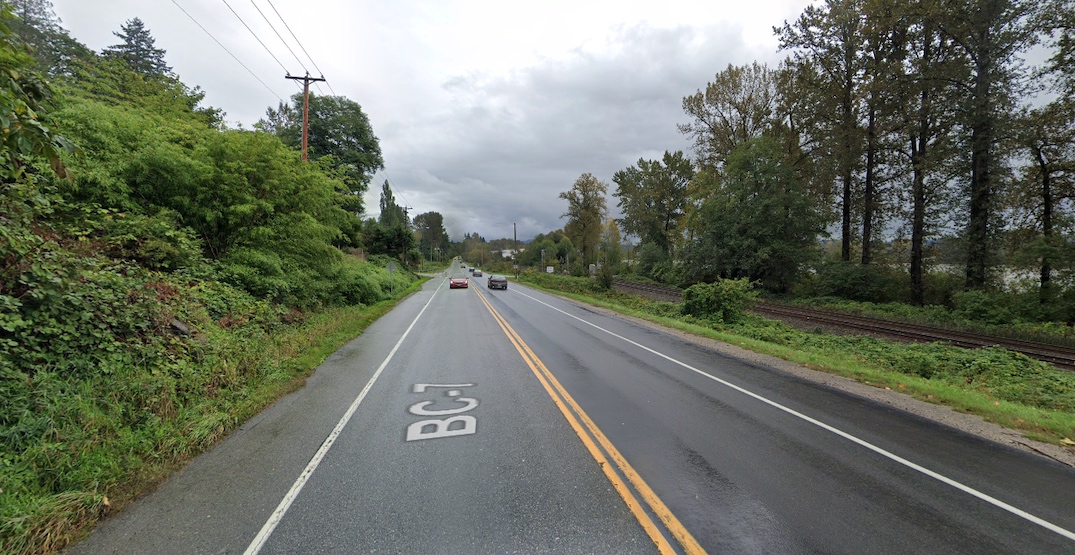 Looking eastward on Highway 7 from near the intersection with River Road. (Government of BC)

On average, over 24,000 vehicles currently use this segment of Highway 7 daily. These volumes are expected to grow by 45% over the next 25 years. The route is one of the main links between Highway 11 in Mission and Highway 1 in Coquitlam, and is well-used by local traffic, businesses, tourism, and goods movement.

This is the last remaining section of the Highway 7 corridor between Maple Ridge and Mission that will be widened.

The federal government is contributing up to $29.2 million to the project. A funding commitment from the provincial government will be finalized after further design work and the review of the project’s business case. Public consultation is currently being conducted on the design of the improvements.

Map of upgraded sections of Highway 7. (Government of BC)