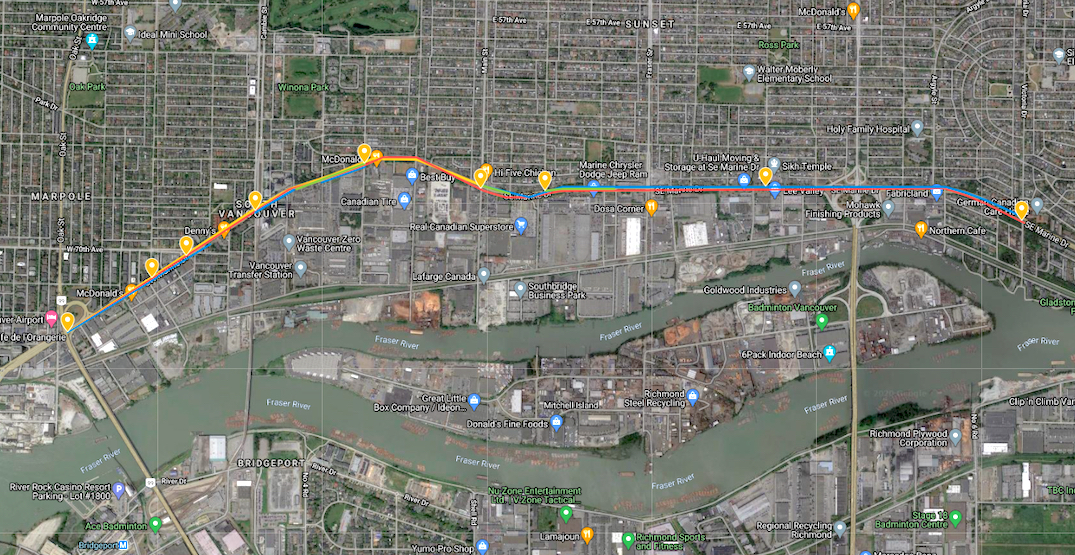 Expect traffic delays over the next two years on a major section of one of Vancouver’s most critical east-west arterial roadways.

Crews with the City of Vancouver will commence construction on Monday, January 4, 2021 on a utilities and roadway infrastructure project along a five-kilometre-long span of Marine Drive between the Oak Street Bridge and Victoria Drive. This work is scheduled to reach full completion in December 2022. 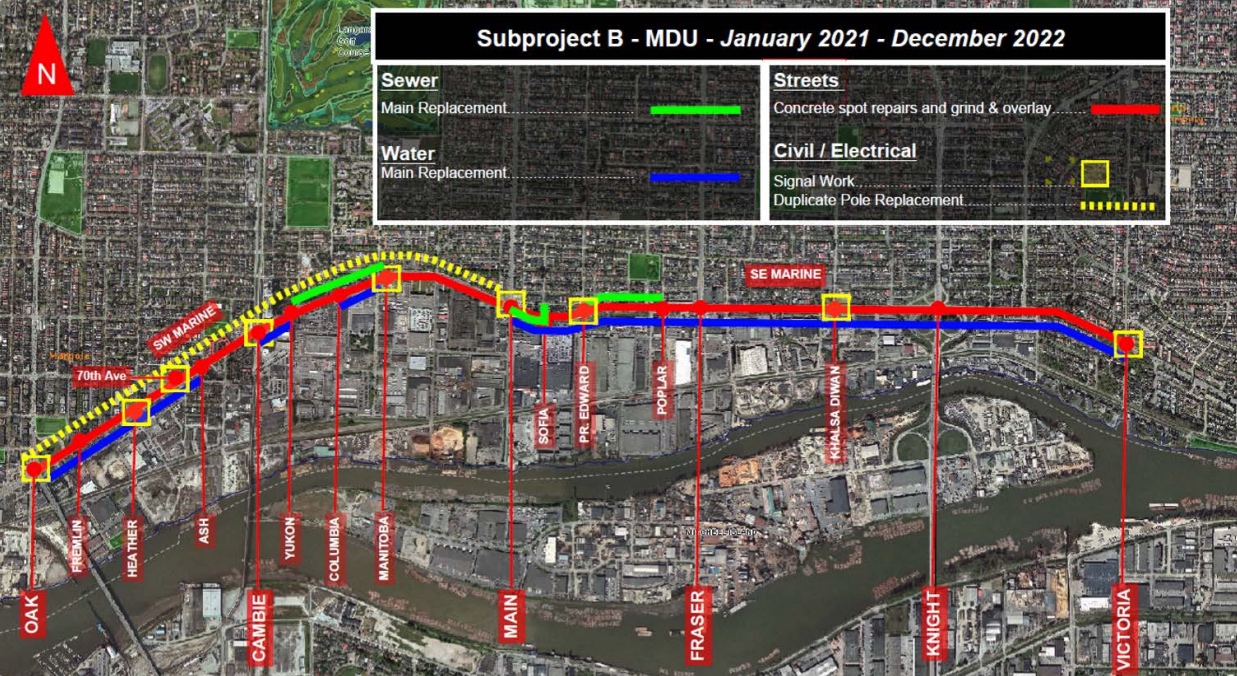 The municipal government states this project is necessary as the water main in the area has reached the end of its lifespan, and the sewer lines have reached capacity. These utility upgrades will help serve the area’s growing demand from development.

Trenches up to three metres deep will be excavated to replace the utilities.

Construction will begin with water and sewer work in the area of the intersection of Marine Drive and Fraser Street, with water main crews moving eastward and sewer crews moving westward. All of the work will be completed in sections to minimize disruptions.

Work will be primarily conducted during the daytime on weekdays. An effort will be made to maintain two lanes in each direction along Marine Drive during peak hours. For off-peak hours, two lanes eastbound and one lane westbound will generally be maintained.

Some turning restrictions may be implemented to east traffic congestion during construction. 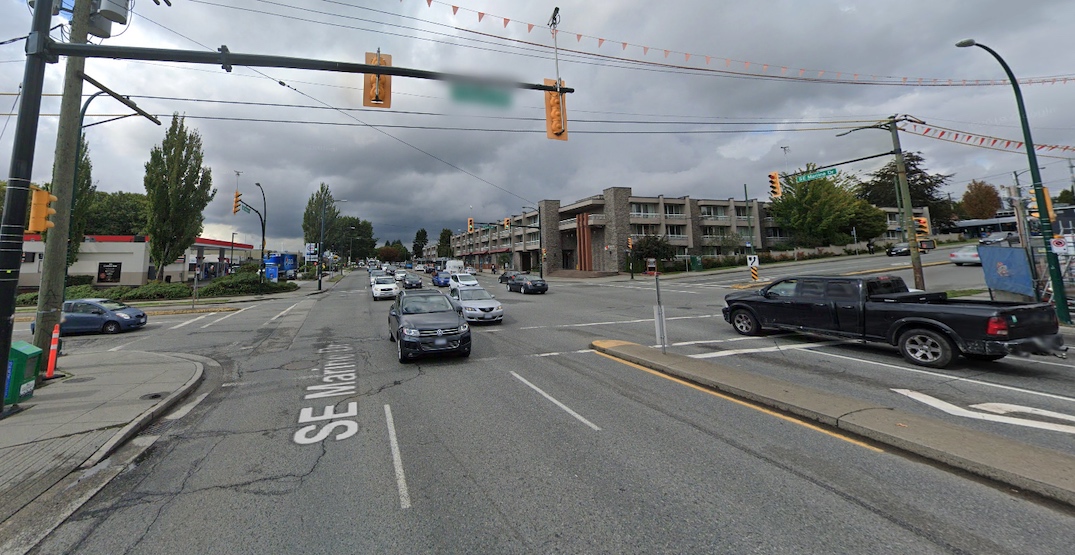 The municipal government also states the roadway will be repaved as it is in poor condition, showing cracks, rutting, and pavement subsidence. About 34,000 vehicles travel on the Marine Drive corridor on average per day.

“The condition of the infrastructure along Marine Drive is critical to residents and commuters alike, serving as a link to multiple destinations across the Lower Mainland,” states the city.

“The City is committed to maintaining critical assets in a state of good repair: we plan for, develop and sustain environmentally sound, cost-effective, reliable and safe civic infrastructure.”

The coordination of the water main replacement, sewer separation, and roadway and electrical improvements will minimize traffic disruptions from construction over the long term. 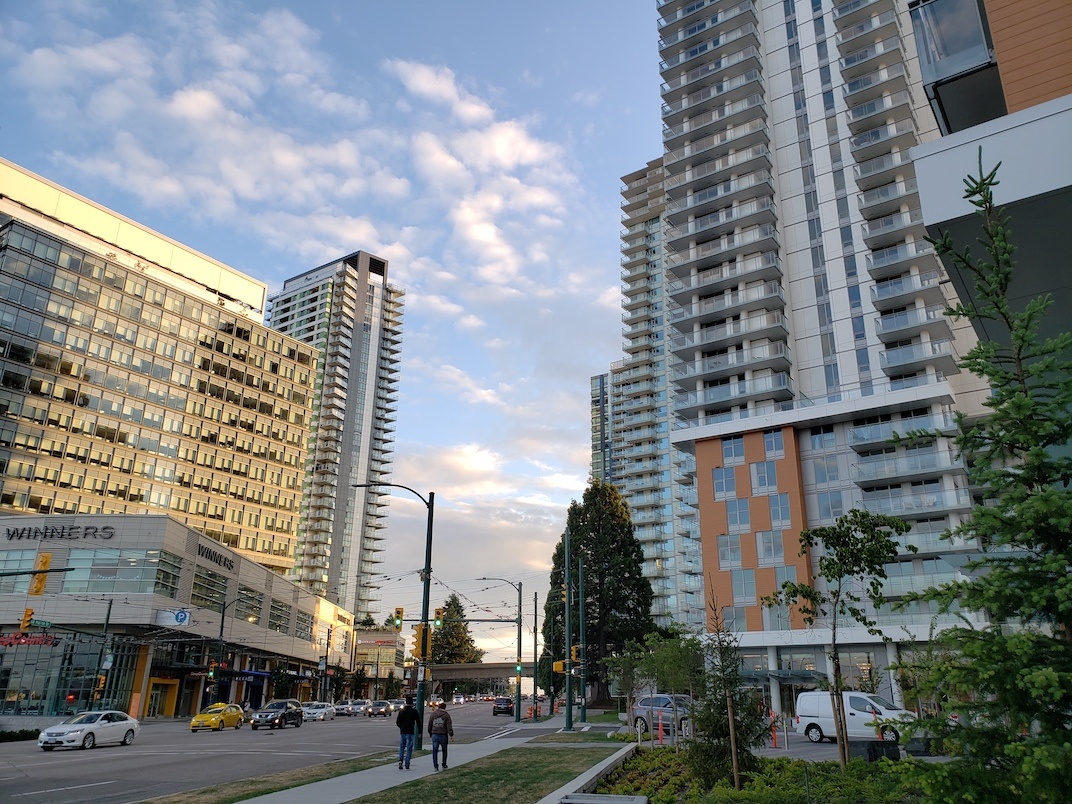