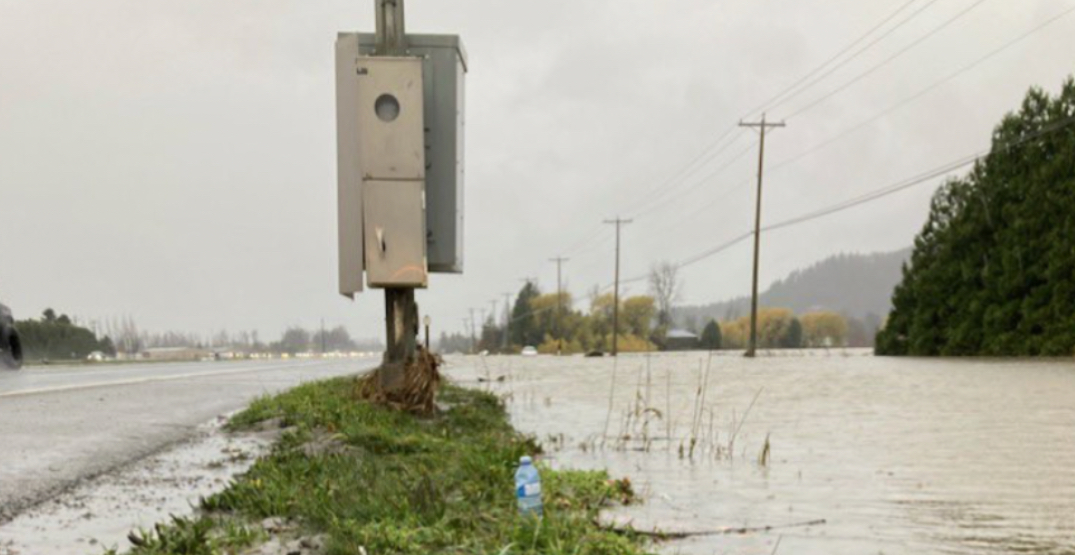 A major highway in Abbotsford is now closed due to flooding, potentially affecting the Monday commute.

On Sunday, November 28, Abbotsford Police Services shared on Twitter that Highway 1 would shut down in both directions at 5 pm.

IMPORTANT! Highway #1 Closure: Drive BC has posted that Highway #1 will be closed today as early as 5 pm today with no estimated re-opening. Avoid the area, as traffic congestion will likely occur.

Check Drive BC for traffic updates and road closures. https://t.co/625lzO5Mav

Transportation BC had warned earlier in the day that Highway 1 could close at any time as waters rise.

ADVISORY – Water is rising fast on #BCHwy1 – Whatcom to Yale Road. This is a look of the area east of #Abbotsford. Currently open with travel advisory in effect but this route could close at anytime this afternoon.
Check https://t.co/NCVlkmJoDS @DriveBC #BCflood #BCstorm pic.twitter.com/ixM3fq8Jt1

Police say to avoid the area as they expect traffic congestion to occur.

Drive BC notes that Highway 1, the Trans Canada, has a travel advisory in effect between Abbotsford and Chilliwack.

About 20 km of the highway will be closed due to flooding between Exit 90: McCallum Road and Exit 109: Yale Road. There’s no estimated time of opening.

The notice of the highway closure comes as the nearby Nooksack River flooded and began spilling water into an already-saturated Abbotsford.

Other routes in BC are currently closed, like Highway 3 between Hope and Princeton and Highway 99 between Pemberton and Lillooet.