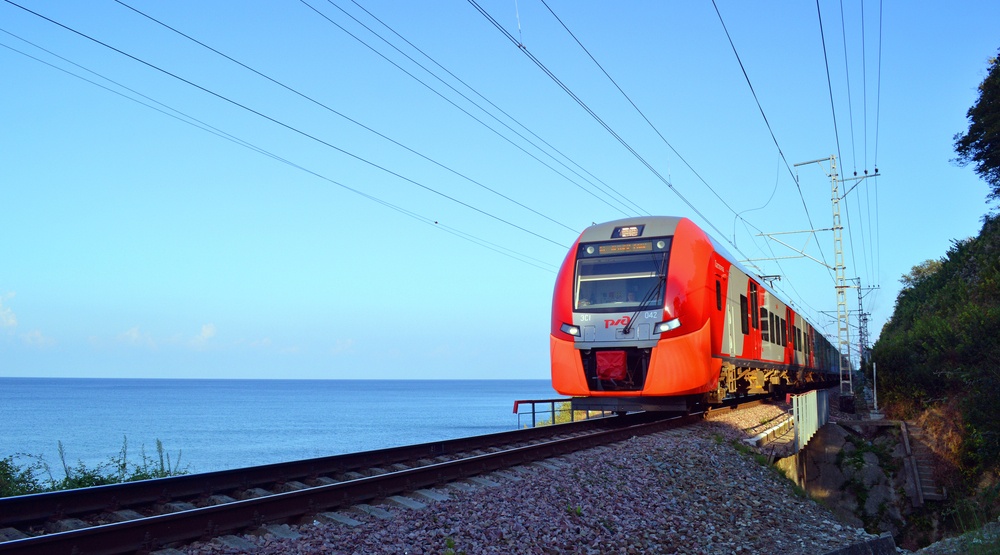 The BC Liberals have stated in their platform that they will study implementing a commuter rail service along the Sea-to-Sky Corridor from Metro Vancouver.

With congestion increasingly becoming an issue on the Sea-to-Sky Highway and the Lions Gate Bridge, such a rail service could slash travel times and car traffic volumes to Squamish and Whistler and provide both communities with a major economic and tourism boost.

“It’s worth thinking about that. The thing about rail is it’s a lot more environmentally sound, it’s a way more pleasurable way to get around,” said Premier Christy Clark during an interview with Daily Hive.

“Those rail options are things that we should be looking at because it’s hard to build more and more roads, and lots of those rail lines are still there. If it’s economical then we should be thinking about doing that in each and every case.”

Matthews Southwest brought forward the proposal of a commuter rail with high-speed capabilities to local municipal governments in late-2016 and said they would conduct a feasibility study to determine the potential cost, route, ridership, and business case.

While such a project would likely depend on provincial funding, the company also intends to tap into the Justin Trudeau’s federal Liberal government’s multi-billion dollar transit infrastructure budget.

Currently with a vehicle when road and traffic conditions are ideal, it takes approximately 50 minutes to travel from downtown Vancouver to Squamish and 90 minutes further north to Whistler. But high-speed rail could theoretically cut travel times to just a fraction.

Heintzman says she supports the idea, but adds that high-speed rail would have to overcome the Corridor’s challenging geography.

As well, a railway from North Vancouver to Squamish and Whistler, paralleling much of the highway and steep valley with tight turns in certain areas, already exists. However, it is used by Canadian National Railway’s freight trains and the Rocky Mountaineer’s multi-day sightseeing excursions.

“I suspect that if you are going to do high-speed rail, you can’t follow the current rail path,” she said. “It would likely be a significant drilling of the mountain portion of the route, so it would be a dramatically different routing. The routing they have now is too twisty and turning and can’t sustain high speeds, so it’ll be a different route.”

Further highway widening not the solution 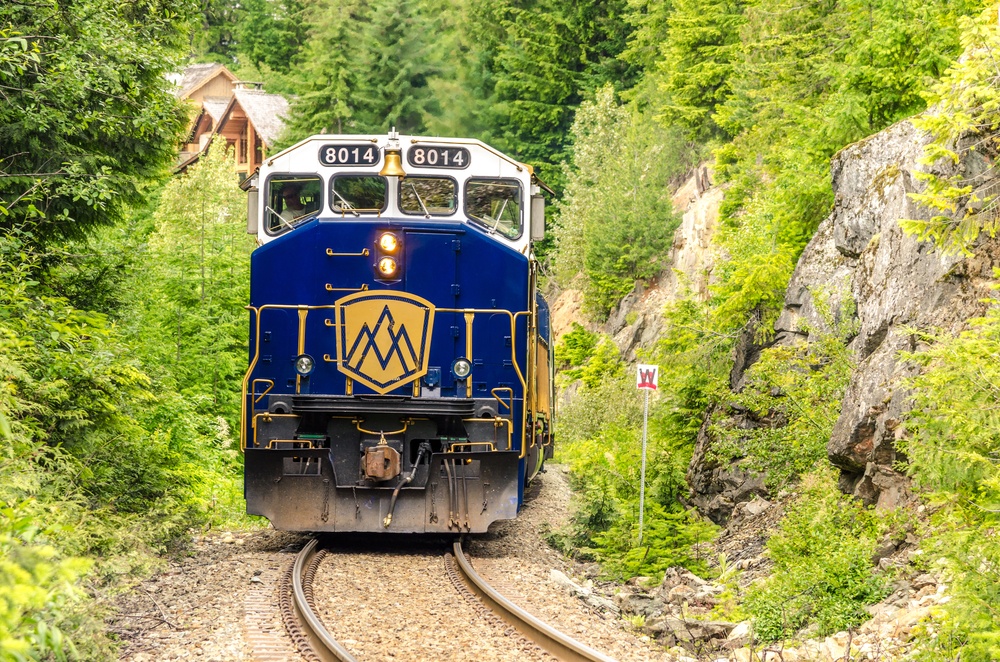 The $600-million project that upgraded and widened the Sea-to-Sky Highway in time for the 2010 Winter Olympics has opened up Squamish and Whistler to new economic and tourism opportunities. But for Squamish in particular, the reduced travel times have gradually turned it into a bedroom community for those who work in downtown Vancouver.

“It is a bit of a Catch 22. You already have the demand,” said Heintzman. “You need to figure a way to move people in a more environmentally-friendly fashion and more efficiently, but when you make that mass investment in infrastructure it will obviously open up the Corridor to a variety of development pressures as well.”

She notes that certain sections of the highway see congestion, particularly at Britannia Beach, the section through Whistler, and other two-lane sections, but does not believe widening the road any further is the way forward.

“It has been proven that if you simply widen the highway, you simply get more cars,” she continued. “We have to figure out how to move people more efficiently, how to make more jobs locally so that not so many commuters, how to move tourists in an efficient manner or people just in single vehicle occupancies.”

Past studies along the Corridor 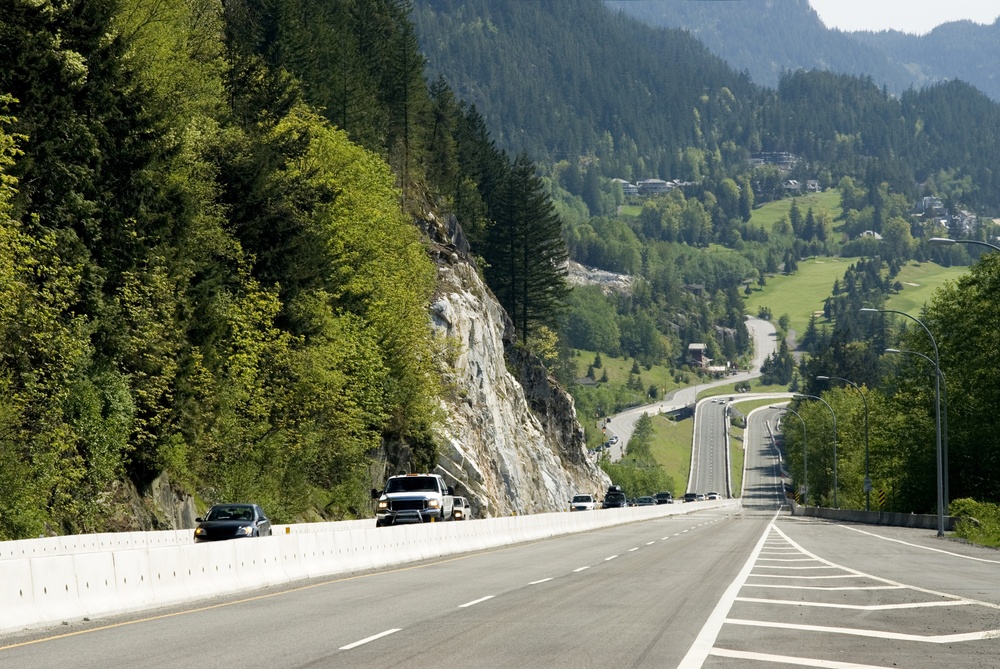 In the early 2000s, the provincial government studied a number of options for improving the transportation options along Sea-to-Sky Corridor from Vancouver to Whistler as part of its bid to host the Olympics.

Some of the more ambitious ideas included a new secondary highway with a route that starting as tunnel deep under Grouse Mountain. Another option consisted of turning a forestry access road near Coquitlam into a new overland highway ending just south of Whistler Village.

Additionally, high-speed rail closely following the route of the existing highway using tunnels in some areas was also contemplated.

Of course, all of these options were rejected and the decision makers of the day went with the most economical and cheapest option of making safety improvements to the road.

“That idea of rail service was put forward at the time when the Sea-to-Sky Highway expansion was being proposed,” said Gordon Price, the director of the City Program at Simon Fraser University. “It was basically dismissed and wasn’t seen to be realistic or at the time the thought the highway would still have to be widened for safety reasons. But there was no serious consideration of commuter rail at that time.”

Price notes that the provincial government is similarly reconsidering a commuter rail service to connect Victoria with its suburban communities because investments in road improvements have not produced the desired results.

“There has been a candid dismissal of using the old railway to connect to Langford in Greater Victoria and other fast growing communities like Squamish,” he said. “And now it’s being seriously looked at because all of the expansion and all of the money being put into the highway hasn’t solved the congestion issue. It has probably made it worst.”

He also suggested that a commuter passenger railway service running along the Corridor could be operated as another route offered by TransLink’s West Coast Express.

Public transit buses over the interim

In the meantime, the BC Liberals say they will increase public transit services along the Corridor. Public consultations on public transit buses running between Vancouver, Squamish, Whistler, and Pemberton were conducted last fall and earlier this year.

The buses would operate during the morning and afternoon weekday peak periods, perhaps by 2020.

Moreover, the provincial government commenced a separate study and public consultation phase last year on building a fixed road connection to the Sunshine Coast to replace existing ferry services. All options involve the Sea-to-Sky Highway, including an overland route around Howe Sound or a bridge from the highway near Porteau Cove to Langdale.

High-speed rail is also envisioned from Vancouver to Seattle as part of the Cascadia Innovation Corridor pact signed between BC and Washington State last fall. The state government is spending $1 million to study its feasibility.