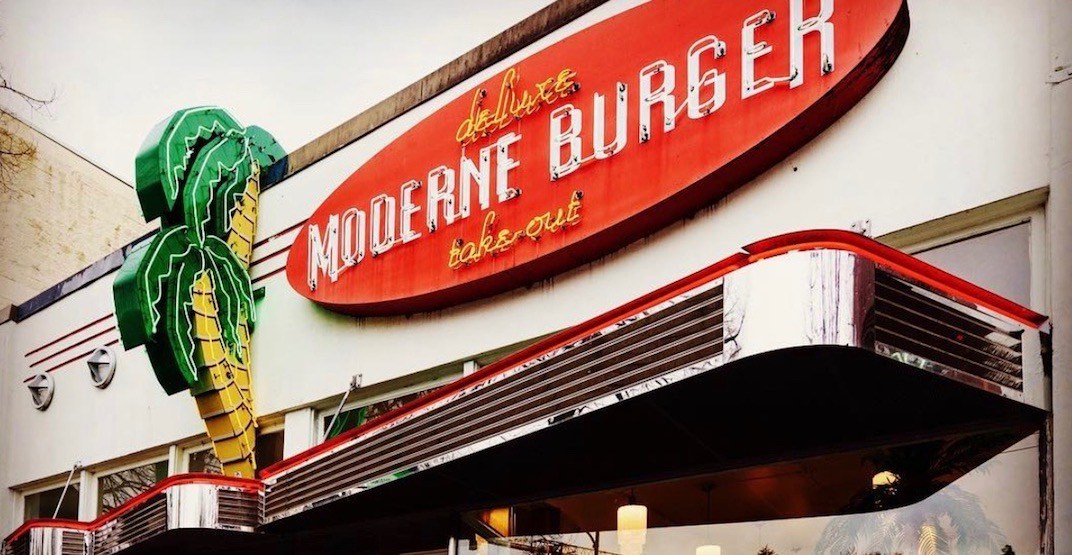 The restaurant industry is a fickle one, so while we know that eventually some eateries will inevitably need to close their doors, we never want to see them shut for good – especially when their grub is so on point.

So it’s sad to hear from the owners of Kinome Japanese Kitchen and Moderne Burger that they were left with no choice but to face closures in Spring 2018. This was due to impending demolition of the building that houses them at the corner of West Broadway and Larch Street.

Moderne Burger (2507 West Broadway), a 17-year tenant, told Daily Hive via email that they were aware that this could be a possibility for years now, but it’s still bittersweet to leave their familiar and much-loved digs.

The retro burger-and-fries joint, known for their deluxe and extra-beefy offerings, told says they are looking for another location, ideally on Vancouver’s West Side.

Naturally this demolition will affect all tenants in the building, including Kinome, located at 2511 West Broadway. This spot, known for their impeccable authentic Japanese cuisine and sake pairings, told us that they’d have to close our shop by the end of March next year.

In a statement over email, Kinome culinary team member Ryoma Matarai explained he was contemplating moving back to southern Japan to be with his family and potentially look into farming and working at their bed and breakfast.

We’ll keep you posted on exact closing dates, but in the meantime try to head to these spots and get your fill of delicious eats while you can.