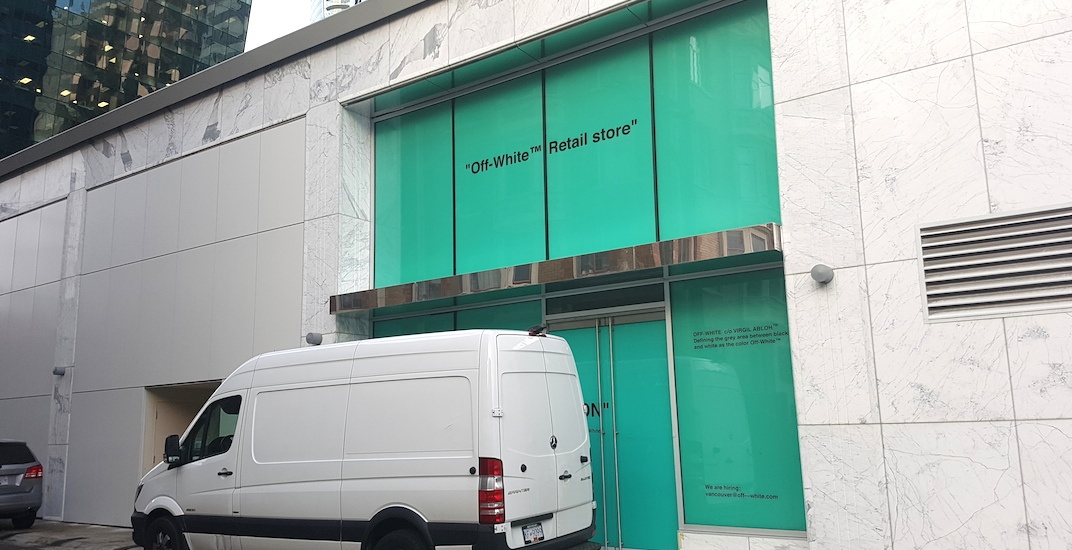 The exterior of the Off-White store in the laneway on the southeast corner of Alberni Street and Thurlow Street in downtown Vancouver. (Kenneth Chan / Daily Hive)

A luxury streetwear brand with links to Kanye West is taking an off-the-beaten-path approach with its second permanent Canadian store opening.

Off-White will be occupying a retail unit in The Carlyle building, at 1076 Alberni Street, the recently renovated building at the southeast corner of Alberni Street and Thurlow Street.

But its location in the complex is unconventional. The store and its entrance are located in the laneway – about 60 feet east of Thurlow Street. It is right behind stores such as De Beers, Prada, Saint Laurent, and Moncler in Vancouver’s emerging luxury retail district.

Signage plastered on Off-White’s storefront indicates the location will open this month, but it remains to be seen if that is still the case now that we are in the middle of December. 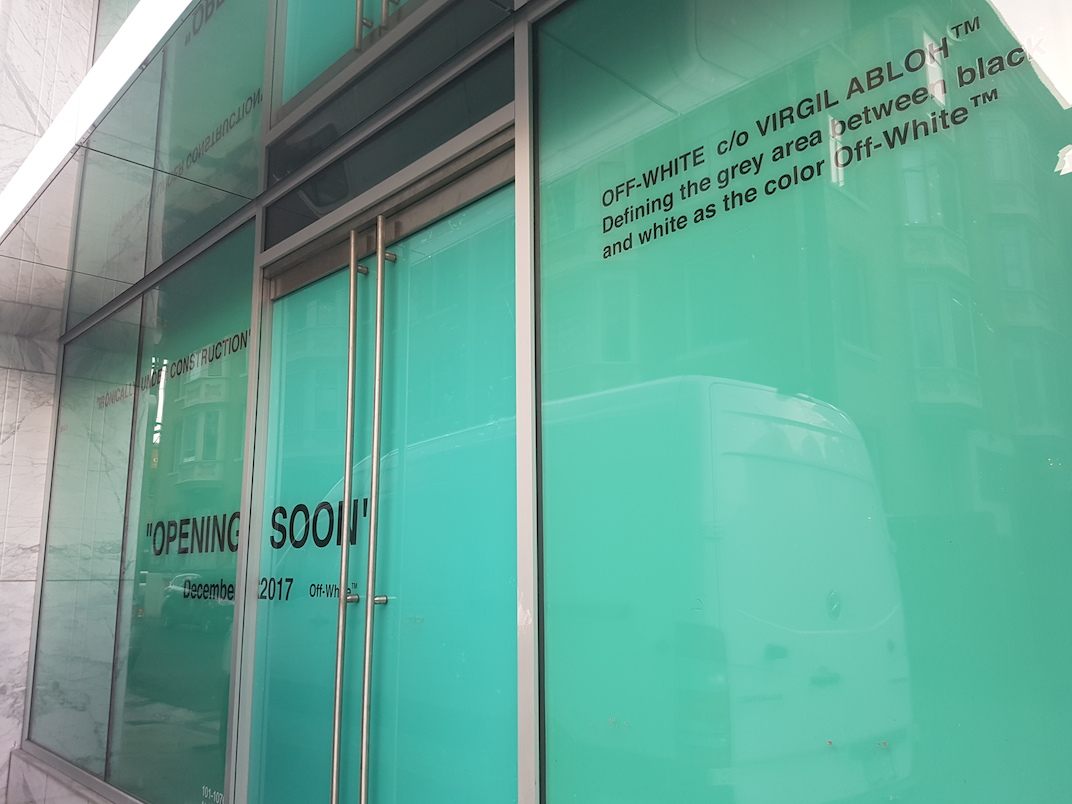 The exterior of the Off-White store in the laneway on the southeast corner of Alberni Street and Thurlow Street in downtown Vancouver. (Kenneth Chan / Daily Hive)

And the retailer could add to the laneway’s eventual activation as part of the Downtown Vancouver Business Improvement Association’s (DVBIA) project to transform three laneways in the city centre into pedestrian-friendly spaces.

“This is really exciting! During our Reimagine Downtown Vancouver visioning process, people told us that they wanted our alleys to be more active, places to visit and to transform back entrances into stores and restaurants,” Charles Gauthier, President and CEO of the DVBIA, told Daily Hive.

“They often pointed to examples in Melbourne and Seattle for us to emulate. ‎I hope that this is just the first of many businesses that consider this as a very viable option.”

Off-White was founded as an online brand in 2013 by Virgil Abloh, who is also the creative director of Kanye West. The retailer strives to be “a bridge between the worlds of streetwear and high fashion” and is known for its edge designs featuring thick diagonal stripes.

It held its first Paris showroom presentation in January 2014, and has since expanded with 17 permanent stores around the world and collections for both men and women. Earlier this year, it opened a store in Toronto’s Yorkville district.

In a recent interview with Hypebeast, Abloh said there is no common interior design theme to the stores, as “the theme is no theme”. 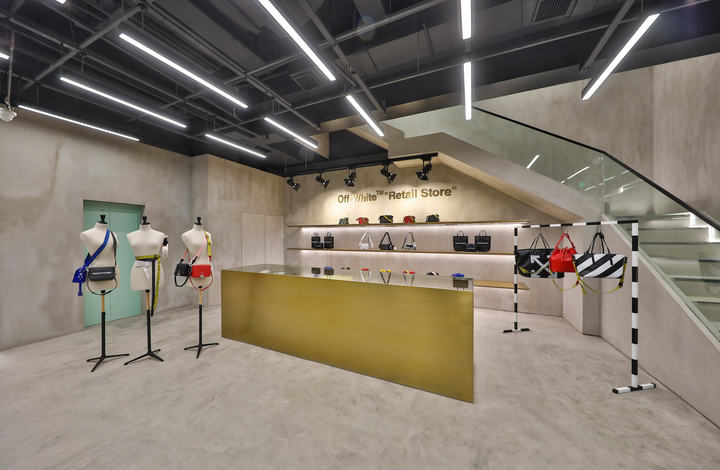 Inside the Off-White store in Beijing. (Off-White)

“The idea is that people shop differently in every city. I’m not into the idea of treating the brand like it’s McDonald’s, where it has the same look and feel everywhere in the world. I think for fashion and sort of me you can call it postmodern artisanal,” he said.

“For me, it should have a completely different concept that relates to the city or relates in some level of uniqueness every time, but maybe I look at it like a challenge from an architecture standpoint. How many ideas can you throw at it?”

Representatives with Off-White were unable to immediately comment on the Vancouver store opening. 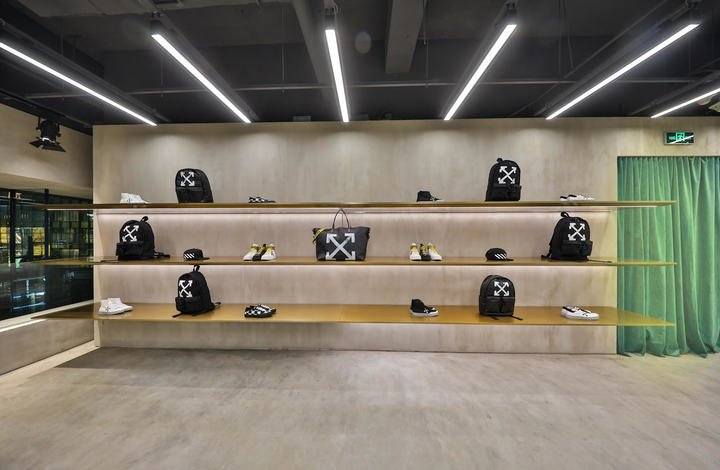 Inside the Off-White store in Beijing. (Off-White)