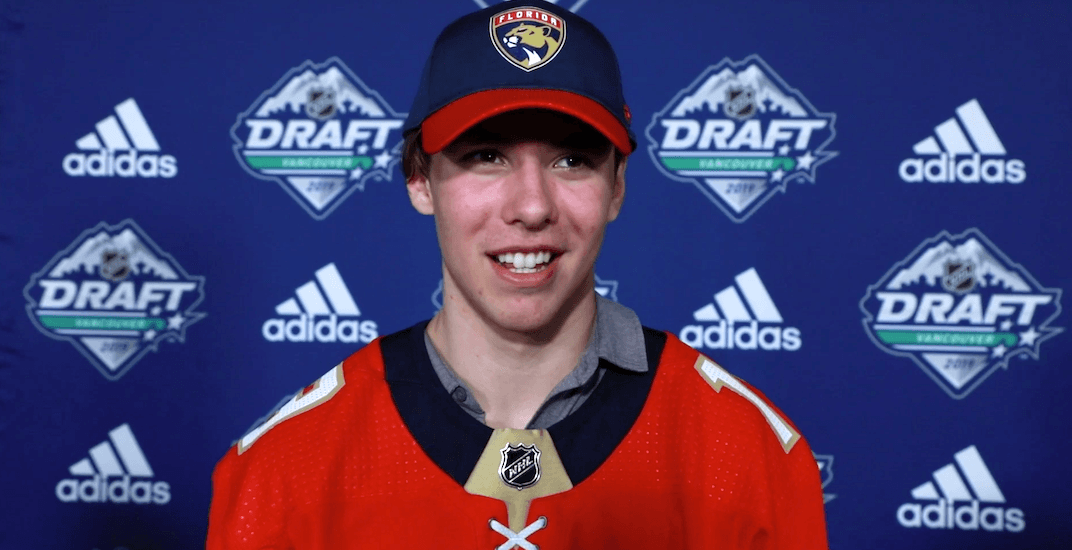 Not certain that he would hear his named called at the 2019 NHL Draft, Vancouver native Henry Rybinski didn’t nervously sit at Rogers Arena this weekend.

Instead, the 17-year-old prospect was doing his driving test when the Florida Panthers called his name 136th overall in the fifth round of the draft.

"I wasn't here this morning because I was taking my drivers test. My agent called me when the Panthers picked me.” – Henrik Rybinski pic.twitter.com/EcYwF7t5zd

“Yeah, so I had my driving test,” Rybinski told reporters. “I took it and then my agent told me to come to the rink. So I came and now I’m here. I was a little overwhelmed but it’s just good to be here.”

He passed the test, in case you were wondering — though it wasn’t easy with the draft weighing on his mind.

“It was pretty difficult, I ain’t gonna lie,” he said. “I was kind of shaking in the car. My hands were trembling. I was like ‘oh, I’m not gonna pass.’ But then, getting drafted, it’s a sigh of relief. I’m kind of still shaken, but I’m not nervous, I’m just excited, looking forward to the future.”

Rybinski played bantam hockey for the Vancouver Thunderbirds and Burnaby Winter Club, before moving on to the Greater Vancouver Canadians two years ago. He made his WHL debut with the Medicine Hat Tigers in 2017-18. Rybinski spent time with three teams last season, scoring 40 points in 47 WHL games with Medicine Hat and Seattle. He added 12 points in nine games with the BCHL’s Coquitlam Express.