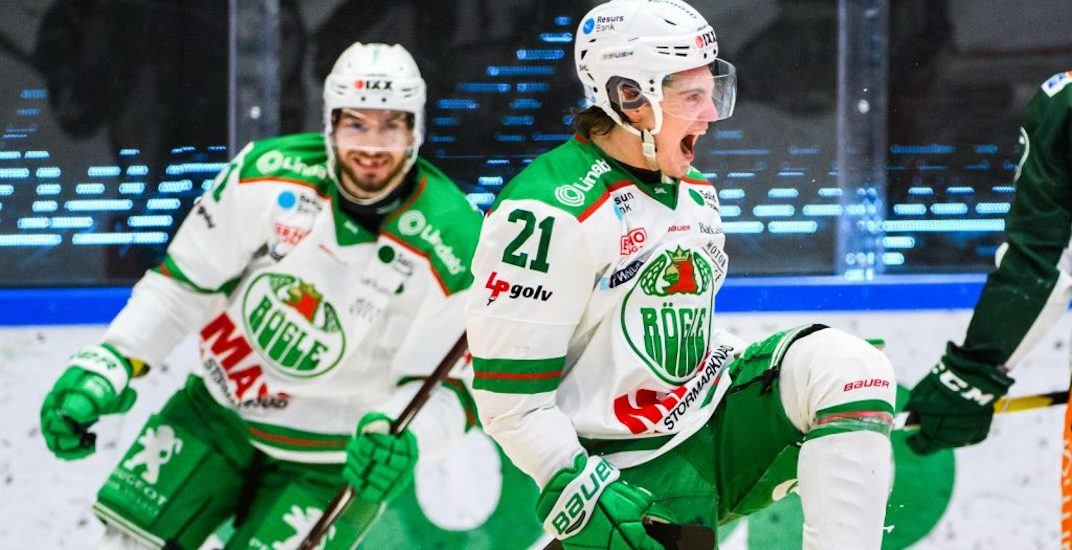 Soon after trading for JT Miller on Saturday, the Vancouver Canucks made their second round pick: undersized Swedish left winger Nils Hoglander.

The scouting report from NextGen Hockey (they had him ranked 30th on their list) will get Canucks fans excited about the 18-year-old who slid to Vancouver’s pick at 40.

Nils Hoglander is a fun player; there really isn’t a better way than that to describe his play in the offensive zone.

His elusiveness with and without the puck forces his opponents to be constantly moving while not over-committing engagement with him. If they try to force a play on him, he has a habit of slipping out of their grasp and moving into open space. This aspect of his game is quite helpful in allowing him to overcome the noticeable size difference.

Asked if he thinks he can play in the NHL next season, Hoglander’s answer was clear and it oozed confidence.

“We’ll see what happens,” said Hoglander, after telling reporters his plan is to be in Vancouver for training camp.

He did add that the most likely course for him will be to play in the SHL (the top pro league in Sweden) for one more season.

Upon Googling his name, Canucks fans will quickly notice Hoglander’s lack of size – he’s generously listed at 5-foot-9 and 185 pounds.

Will that be an issue? Not in his opinion: “I trust myself,” he said, acknowledging his stature.

You can get a feel for Hoglander’s highlight-reel style of playing here:

So, Nils Hoglander scored this goal this season

Watching this, it becomes clear why J.D. Burke of Elite Prospects is so excited about the selection.

Another awesome, awesome pick by the #Canucks, taking Rogle BK winger Nils Hoglander with the No. 40 pick. I had him at No. 19 on my final ranking at @EliteProspects.https://t.co/N4pn5psVmW

Hoglander was asked how he felt confident enough to try the lacrosse-style first goal shown in the clip.

His answer wasn’t complicated: “I trust myself.”

The 18-year-old is aware of the history of Swedish players in Vancouver.

“I know them but not more than that,” he replied, upon being asked how well he knows Elias Pettersson and Henrik and Daniel Sedin.

No wonder the kid’s so flashy.