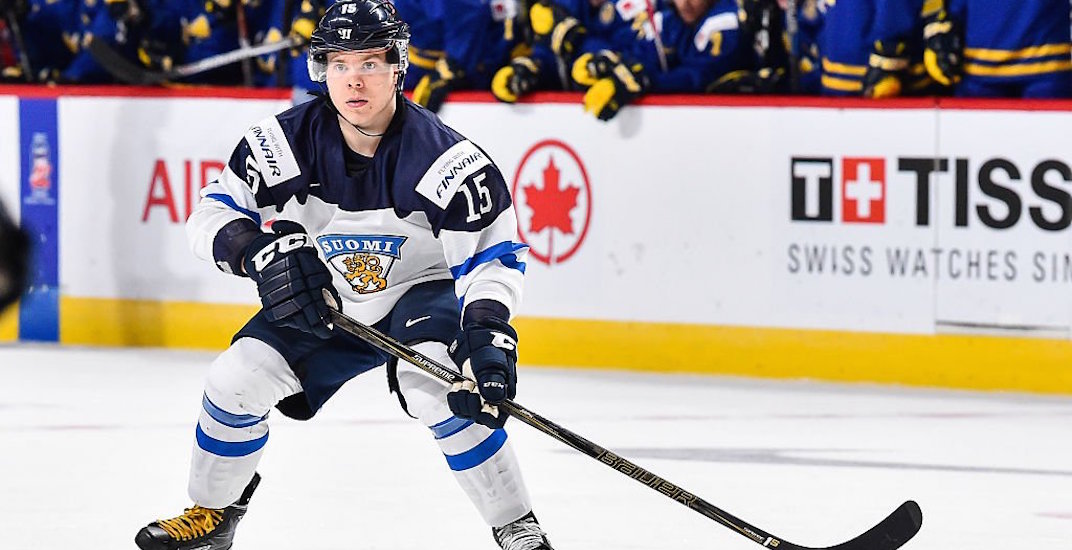 Three days after signing golden boy Elias Pettersson to his first NHL contract, the Vancouver Canucks have locked up another promising prospect from the 2017 draft.

“Just signed three years with the Canucks, very happy to be part of this organization,” Palmu wrote on an Instagram post. “Special thanks to my family, friends, and teammates!”

After spending three years in the OHL, Palmu played last season with TPS Turku alongside fellow Canucks prospect Olli Juolevi in the top pro league in Finland. Palmu led all first-year players in scoring with 36 points (17-19-36) in 59 games and went on to win the league’s Rookie of the Year award.

Expect Palmu to see game action with the Canucks in preseason, before starting with the Utica Comets in the AHL.

Palmu has scored in every league he’s played, but slipped to the sixth round of the draft before the Canucks took him due to his small stature. Palmu scored 189 points in 176 games during his three seasons in the OHL with the Owen Sound Attack. In his final year of junior, Palmu finished fourth in league scoring with 98 points (40-58-98) in 62 games.

Listed at 5-foot-6 and 172 pounds, Palmu will try to prove the doubters wrong again, this time at the NHL level.