Whoever put this standard in place was undeniably sadistic.

But, the problem that has plagued society for decades may finally have a solution.

The good people at Heinz have partnered with Wonder, launching an official “Hot Dog Pact” petition aimed at reducing wiener waste. The public plea, which calls for an even number of hot dogs and buns, has already garnered nearly 35,000 signatures. 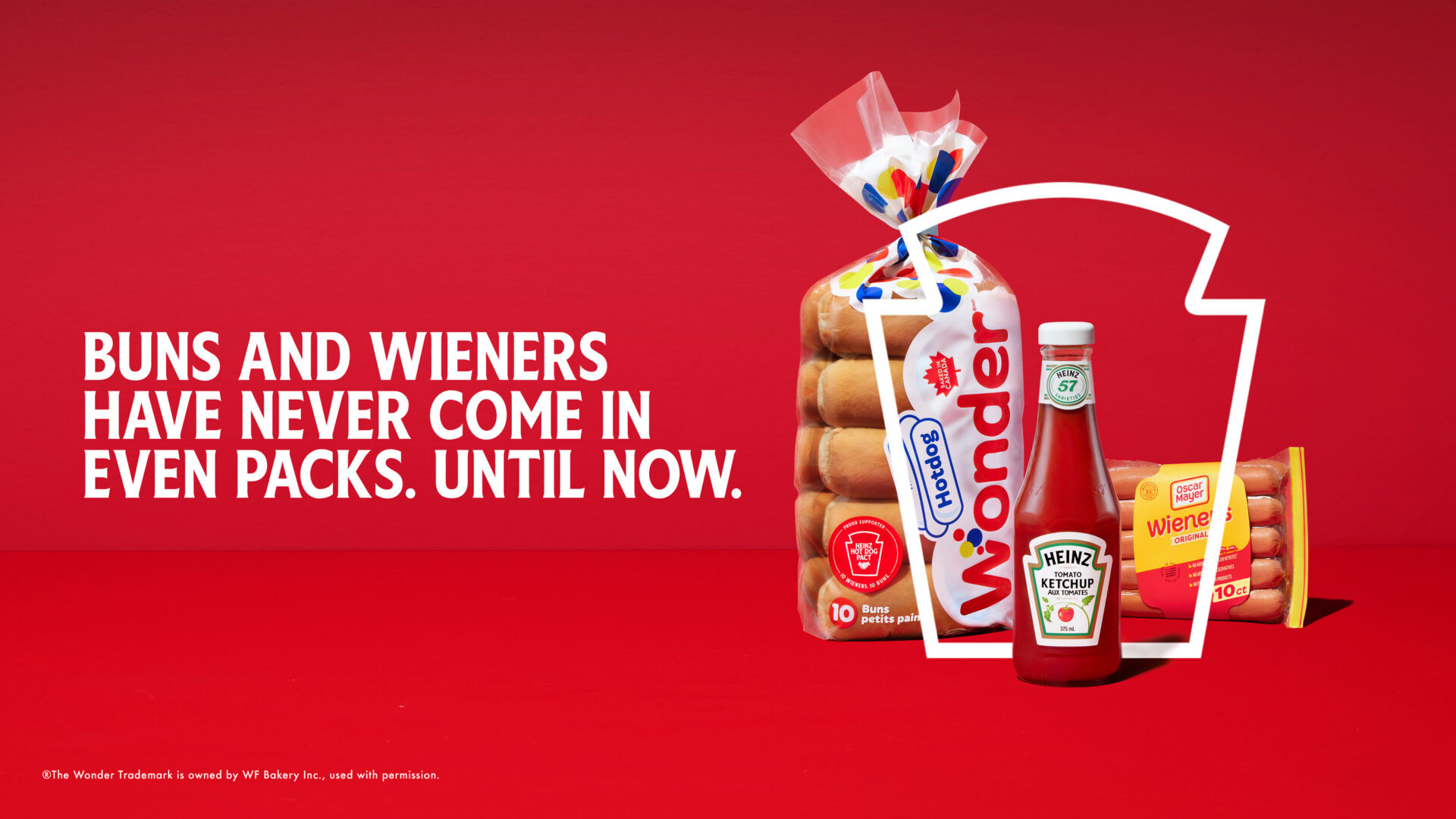 “Heinz has brought hot dogs and buns together for more than a century, so we felt like it was our duty as the world’s most iconic ketchup to rally our passionate fans and champion change for the age-old issue of unequal buns and wieners packs,” said Nina Patel, head of North American brand communications, Kraft Heinz Company.

“Today marks a monumental day for hot dog fans and we’re thrilled to announce that Heinz has done it. We brokered a partnership with Wonder® to finally create buns in packs of 10.”

With BBQ season in full swing and national hot dog month quickly approaching, Wonder has held up its end of the deal and will be selling packs of 10 buns in select parts of Canada as of June 23.

The new, limited edition 10-packs from Wonder can be found at Ontario locations of No Frills, Real Canadian Superstore, Your Independent Grocer, Dollarama, Valu-mart, and Fortinos.

But, according to a press release, “the battle is not over.” Heinz is calling on all of North America to advocate for equal numbers of buns and wieners.

Hot dog enthusiasts are encouraged to sign the petition at heinzhotdogpact.com and join the movement to bring equal packs of buns and hot dogs to their region.