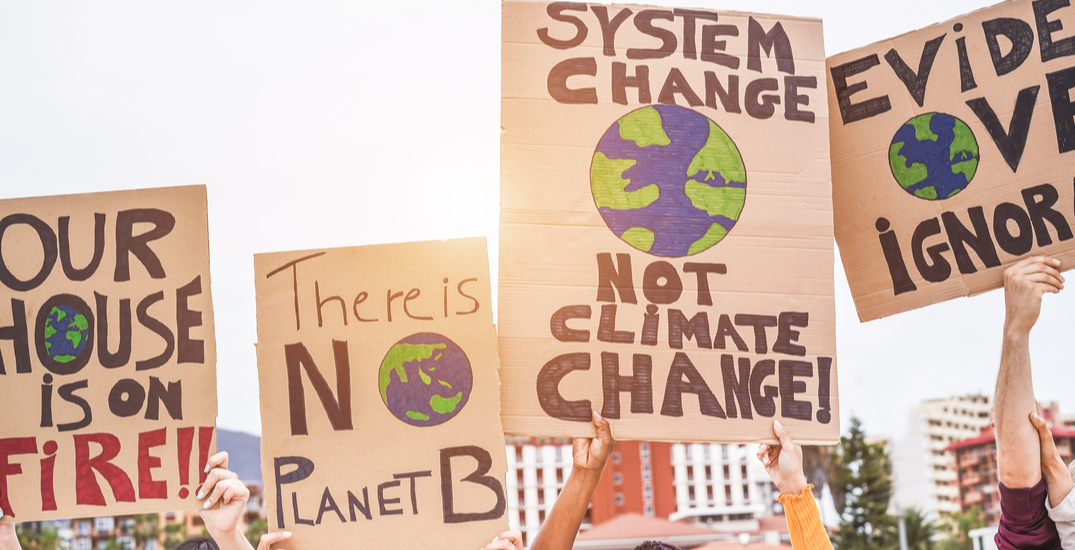 BC is in the midst of a record-breaking heat wave, but most of the province’s politicians aren’t even discussing it.

Only the BC Greens have brought up the term “climate change” to explain why the province is seeing the hottest temperatures ever recorded on the coast and in the Interior. The impacts are widespread, with vaccination clinics forced to relocate to air conditioned sites, businesses closing early and BC Hydro reporting record energy consumption.

Health officials warned that the health risks caused by the heat are now more serious than COVID-19.

Think about that for a second.  The pandemic we’ve spent the last 15 months fighting across the globe, that has dramatically changed almost every aspect of our lives and isolated us from our family and friends, is LESS dangerous than the heat we’re now experiencing.

“This heatwave is exactly the type of extreme weather scientists told us would happen as a result of climate change,” Green leader Sonia Furstenau said in a press release Monday.

“Climate change is a public health emergency and we need to treat it like one.”

The governing BC NDP has had little to say directly linking the heat wave to climate change.

Meanwhile, the Opposition Liberals not only failed to speak the term “climate change” out loud but they chose the record heat wave as a time to attack the NDP on rising gasoline prices.

“After a weekend of sky-high temperatures and sky-high gas prices the BC Liberals are calling out John Horgan’s broken promise of addressing gas prices for British Columbians,” read a Liberal press release Monday, apparently without realizing the irony of encouraging gasoline consumption at a time of climate crisis.

Liberal-friendly groups like the Canadian Taxpayers Federation went a step further, calling on MLAs to support scrapping BC’s carbon tax, to help cut the price of gas. You couldn’t find a position more diametrically opposed to climate change if you tried.

“I wish I could be surprised, but I’m not,” Furstenau said in an interview.

“Both of these parties have operated in a way to functionally deny the reality of climate change.

“When we have something like this heat dome, who is talking about it? Climate scientists, meteorologists, they are all explaining this is very much a product of climate change. This is a phenomenon that we can expect to see more of, this kind of extreme weather.

“And what we seem to be lacking in this moment is a sense of urgency from major political parties in this country and province.”

The NDP and Greens partnered to create the government’s CleanBC climate change plan in 2018, which calls for a 40 per cent reduction in 2007 greenhouse gas emissions by 2030, rising to 80 per cent by 2050.

Environment Minister George Heyman as recently as May hailed the plan in the legislature as “the leading plan in Canada and likely North America.”

“We continue to implement a broad range of policies that will be successful in reducing emissions, while at the same time laying the foundation for targets beyond 2030, 2040, 2050,” he added.

Still, BC’s steps to achieve its 2030 climate targets are incomplete, with a 25 per cent gap (though it has recently brought in more specific targets for certain business sectors).

Progress on actually reducing GHG emissions has been slow.

The last government report in December said BC actually grew its GHG emissions three per cent from 2007 levels – the opposite direction of what the plan requires, but with hope it will reverse course to “a downward trajectory in 2022 as more CleanBC policies start to take effect.”

The government is undermining its own climate plans by subsidizing the fossil fuel sectors and supporting polluters like the massive LNG Canada project planned for Kitimat, said Furstenau. The province insists its plan can handle the pollution caused by LNG Canada.

“Yes the NDP brought forward with Green backing CleanBC but then turned around at the same time and doubled subsidies to fossil fuels,” said Furstenau.

“I think there’s several generations looking at political leadership in this province right now and saying you are clearly not considering how your decisions are going to shape my future,” she said.

“We’re all cowering inside whatever shelter we can get from this heat. It’s a health emergency. And there’s no urgency.”