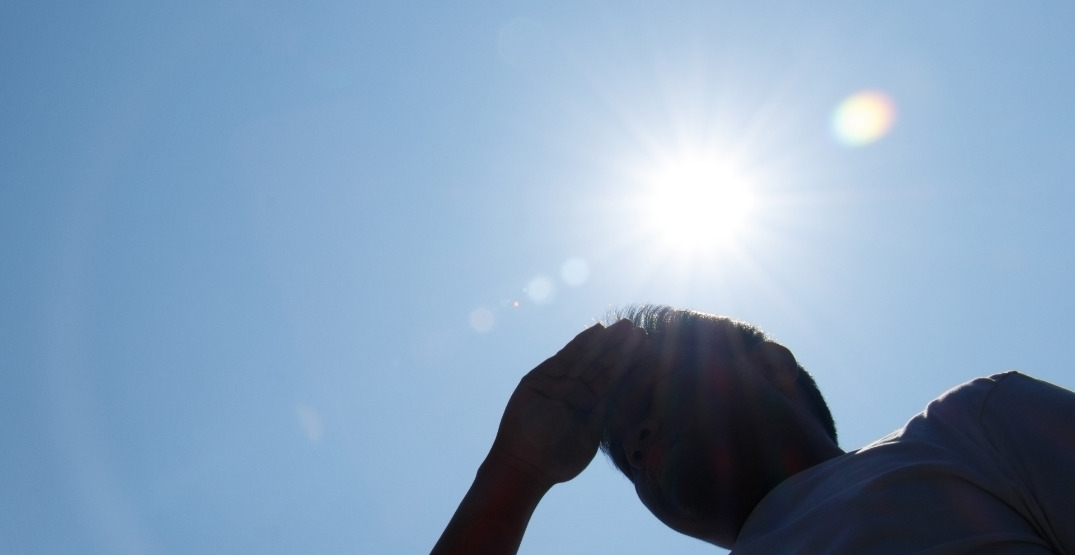 A heat warning issued earlier this week has been upgraded for Metro Vancouver and the Fraser Valley, prompting another statement from Environment Canada.

The heat wave was initially forecast to begin on Wednesday and last until Saturday, but it has now been updated to potentially last until Sunday morning.

Daytime highs will range between 29°C and 35°C in parts of Metro Vancouver, with humidex values reaching the high 30s to the low 40s in Coquitlam, Maple Ridge, Surrey, and Langley.

Overnight lows will range between 16°C and 19°C for parts of Metro Vancouver, prompting Environment Canada to suggest there will be little relief during the overnight periods.

The affected regions include:

Things get even hotter in the Fraser Valley.

Daytime highs will range between 34°C and 38°C, with humidex values making it feel hotter than 40°C in certain regions.

Overnight lows will only drop to between 17°C and 20°C. Thursday and Friday are expected to be the worst of it in the Fraser Valley as well.

The affected regions include:

Environment Canada also used the heat warning as a reminder to residents that these temperatures can increase the potential for heat-related illnesses, something that has been a major problem during this summer in BC.

Drink plenty of water even if you don’t feel thirsty, and make sure to check on older family, friends, and neighbours.