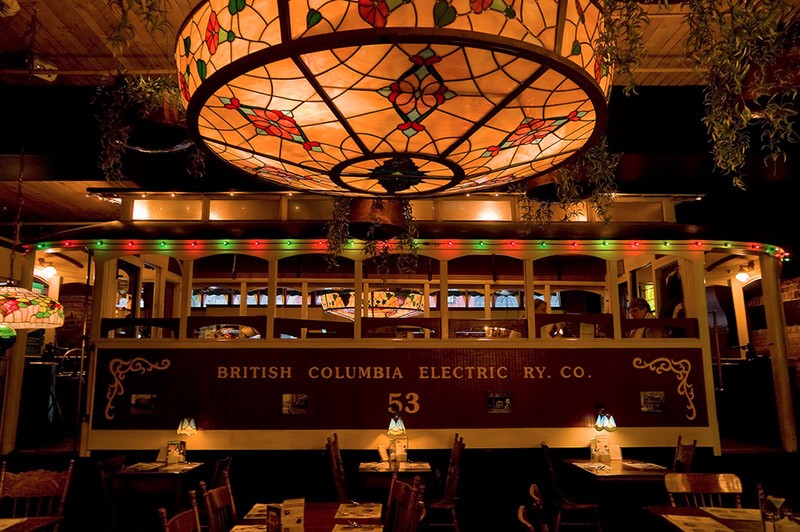 Ever wanted to wine and dine with a ghost? Well, that choice might not be up to you if your Halloween dinner plans include one of these haunted restaurants in Canada.

Jokes aside, chances of running into a ghostly figure are slim but for those who work and are regulars, there may be a higher chance of having a spooky encounter.

The stories are endless and some even left staff to quit their jobs right on the spot.

Curious to find out more? Here are five reportedly haunted restaurants you can still dine at across Canada:

A post shared by The Keg Steakhouse + Bar (@thekegsteakhouse)

This may be one of the more obvious, or well-known, haunted buildings in Toronto. It was originally built in 1867 for the McMaster family, and was later purchased by the Massey family. The house is said to be haunted by a young boy who can be seen playing on the stairs where he apparently died. The ghost of a woman has also been reportedly sighted at the Keg Mansion, she is said to be the ghost of a maid in the house who died by suicide after Lillian Massey’s death. It is believed that she haunts the second floor women’s washroom and rumours have it that a cook came into the restaurant early to see the image of a woman hanging from where she had allegedly hung herself in 1915.

This old firehall turned pub has been featured on the show ‘Creepy Canada’ for the odd occurrences experienced by staff and guests. For example, the dishwasher turning itself on and spraying kitchen workers, oven doors opening and slamming shut on their own, and the opening cook complaining that his shoe laces keep becoming untied on their own.

L’Auberge Saint-Gabriel is the oldest inn in North America. It was built in 1688 by a French soldier and was also the first ‘auberge’ on this continent to receive a liquor licence in 1754. If the lantern-lit walls of the historic inn could talk, they’d tell many tales. The inn is rumoured to be haunted by the ghost of a little girl who died in a fire during the 19th century. Customers at Saint-Gabriel, currently used as a restaurant, reportedly feel ‘cold chills’ inside the narrow, stone-walled venue, even during the dead of summer.

Bed and breakfasts are usually the perfect couple’s retreat. This one, not so much. As the story goes, the couple who originally owned the building were anything but perfect. The owner is said to have murdered his wife in jealously only to drag her body to the basement and burn her remains. He was eventually convicted of murder after bone fragments were found by employees. Unexplained noises, flickering lights, and the appearance of a ghostly woman have been reported ever since. Though the B&B is no more, Gibbard Block has two restaurants, June’s Deli and Fox Burger, along with a boutique liquor store on the main floor.

With files from Daily Hive