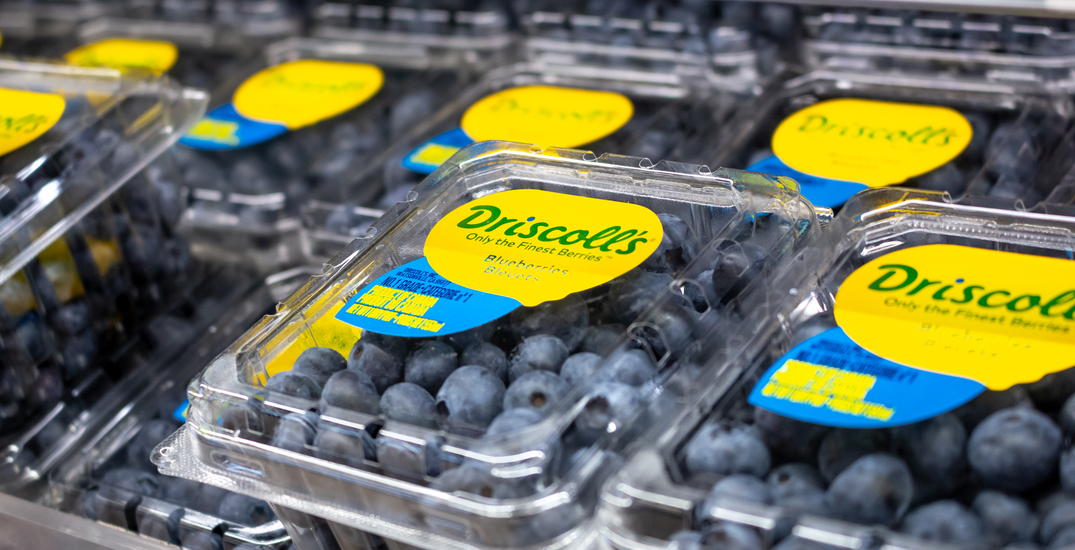 Health Canada has issued a recall for a brand of blueberries after pieces of metal were found in the containers.

The recall for Driscoll’s brand blueberries was issued on October 28 after the Canadian Food Inspection Agency (CFIA) found “harmful extraneous material” amongst the berries.

It was triggered by an ongoing recall first issued by the FDA on September 15. The CFIA is currently verifying that all affected packages have been removed from Canadian stores.

The blueberries were sold in 551 ml containers and distributed across Ontario. They arrived at grocery stores and other retailers in cases of 12, Health Canada said.

The recalled products should be thrown out or returned to the store where they were purchased. Fore more information, consumers should contact the CFIA.

The agency told Daily Hive that no injuries or illnesses have been reported in Canada or the United States.