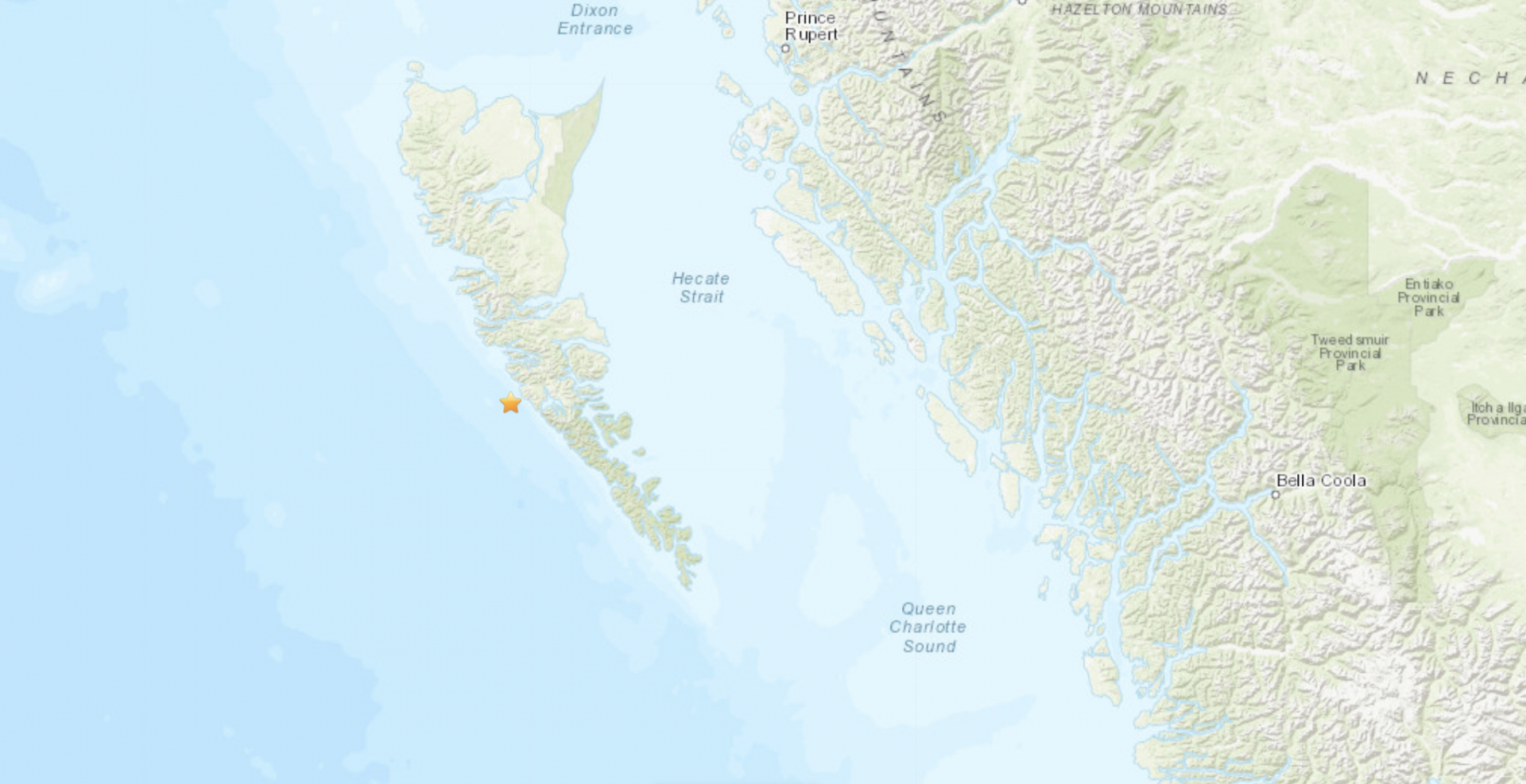 A magnitude 4.0 earthquake struck the coast of Haida Gwaii, BC on Monday evening according to the US Geological Survey.

The depth of the earthquake was very shallow at only 10 km.

Thousands of earthquakes occur in the province every year, but only a small fraction have a magnitude of 3.0 and over.

In December 2019, a string of nine earthquakes struck the coast of British Columbia over a three-day span.

The seismic activity began on Monday, December 23, when six earthquakes were recorded within a 12-hour period.