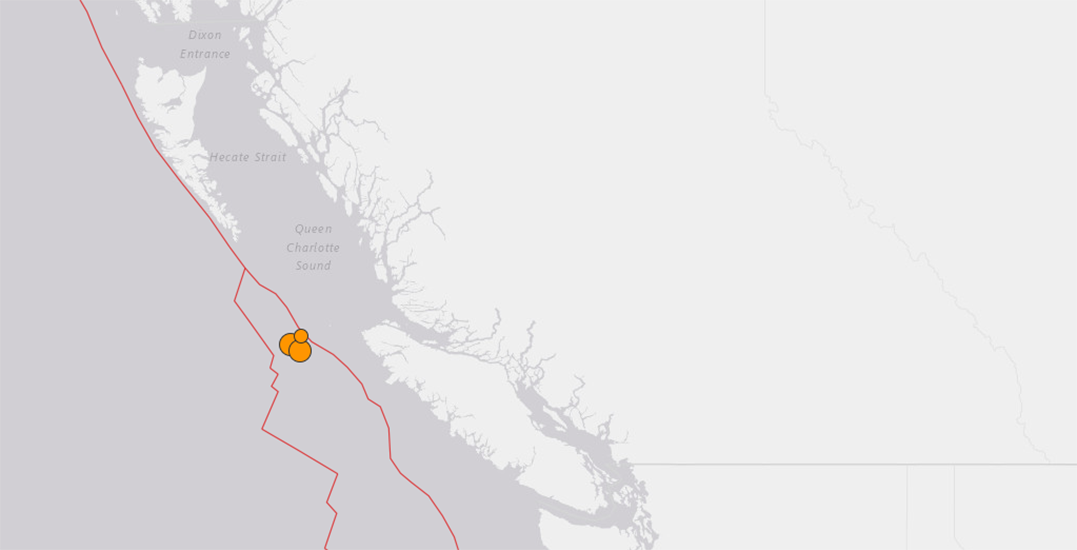 A total of six earthquakes were recorded off the coast of Vancouver Island on Monday.

According to the US Geological Service, the first earthquake registered at 8:44 am as a magnitude 5.2 event. A second magnitude 5.6 quake occurred at 11:13 am, and a third magnitude 6.0 event took place at 11:49 am.

Each seismic event occurred in the same area, near the fault line that divides the Explorer Plate and the North American Plate.

The first four quakes had a depth of 10 km, whereas the fifth and sixth quakes, according to Earthquakes Canada, had a depth of 5km and 8 km, respectively.

No tsunami warning was issued for any of the events.

Few earthquakes in BC have a magnitude of 3.0 or more