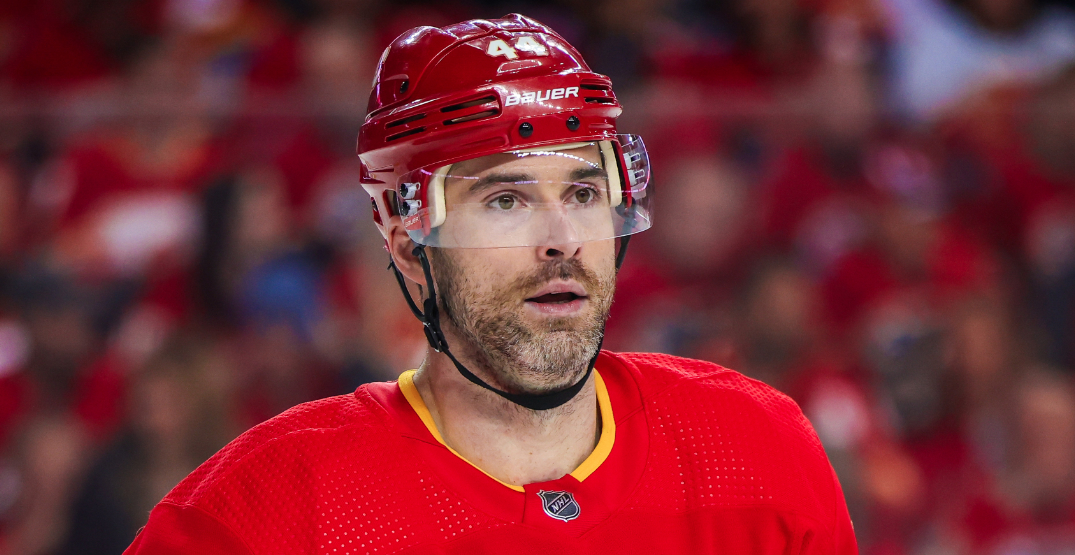 Erik Gudbranson is on the move again.

Gudbranson, who had an NHL career-high in goals (6), points (17), and plus/minus (+15) last season with the Calgary Flames, is on the move after signing a four-year, $4 million contract with the Columbus Blue Jackets on Wednesday.

“You always want to improve your team. It’s probably not unlike what we thought was going to happen. We had some players that departed via free agency. Wish them well,” Flames general manager Brad Treliving said Wednesday.

“Erik had a hell of a year for us. I think highly of Erik. Erik got himself a hell of a deal, and I’m really happy for him and his family. There’s certain times that things have to fit in your budget as well. I’d love to have Erik Gudbranson here, but it’s got to work.”

The 30-year-old 6’5 blueliner was fifth on the Flames in average-time-on-ice for the Flames at 18:08 last season.