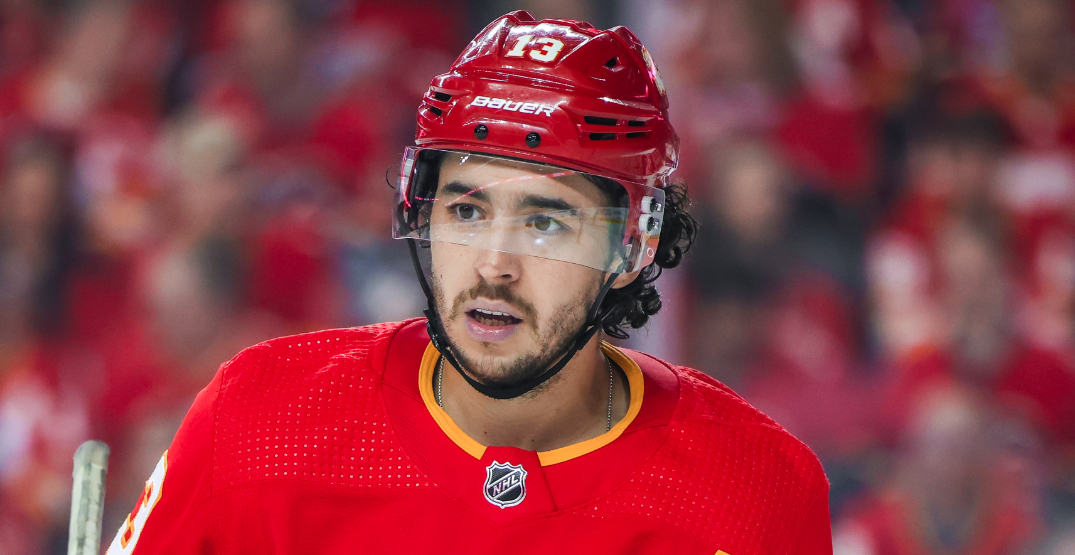 Johnny Gaudreau is expected to hit the open market.

Gaudreau, who has spent the entirety of his eight-year, 602-game NHL career with the Calgary Flames, has decided to test free agency, according to Elliotte Friedman.

Hearing that Johnny Gaudreau has decided to test free agency.

The 28-year-old will become an unrestricted free agent Wednesday after the Flames were unable to lock him up long-term. His six-year, $40.5 million contract signed in 2016 will expire Wednesday morning.

Flames general manager Brad Treliving reportedly had an offer that exceeded $80 million in total salary on the table for Gaudreau, who was originally selected in the fourth round (No. 104) in the 2011 NHL Draft.

“Johnny Gaudreau is going to hit free agency, test the market … it’s a disappointing day to say the very least,” Treliving said in a media call Tuesday night, according to the team.

“I can assure our fans that we have done everything possible to keep John in Calgary … I want to wish him and his family the very, very best. He gave us eight great years here.

“It is my strong belief that this was a family decision and I respect that fully. John has every right and we have nothing but respect for John the player and John the person.

“I firmly believe there’s nothing more we could have done. We respect it … I think this was a real hard decision for John …I think everybody operated with the right intentions.”

#Flames GM Brad Treliving is speaking with the media this evening regarding Johnny Gaudreau's status:

"Johnny Gaudreau is going to hit free agency, test the market … it's a disappointing day to say the very least."

Gaudreau was tied for second in league scoring this season with an NHL career-high 115 points (40 goals, 75 assists) in 82 games this season. He had 14 points (three goals, nine assists) in 12 games in the Stanley Cup Playoffs.

Calgary was eliminated in the second round by the Edmonton Oilers.

Gaudreau’s decision to leave the Flames isn’t expected to be an economic one. Calgary was the only team able to offer him an eight-year extension.

Gaudreau agent Lewis Gross: "The Flames did everything they could. This came down to a family decision."

“Calgary has a special place in my heart,” Gaudreau said in late May. “I’ve been part of this organization for 11 years now. Everything about this city, I love. My wife loves it here. You guys can tell on Twitter — my uncle, my dad, my mom, my sisters, my brother, everyone loves Calgary. It’s a special place in our heart and we love it here, so we’ll see what happens.

Among potential suitors for Gaudreau’s services include the Philadelphia Flyers, New Jersey Devils, and New York Islanders. Each is close to his hometown of Carney’s Point, New Jersey.