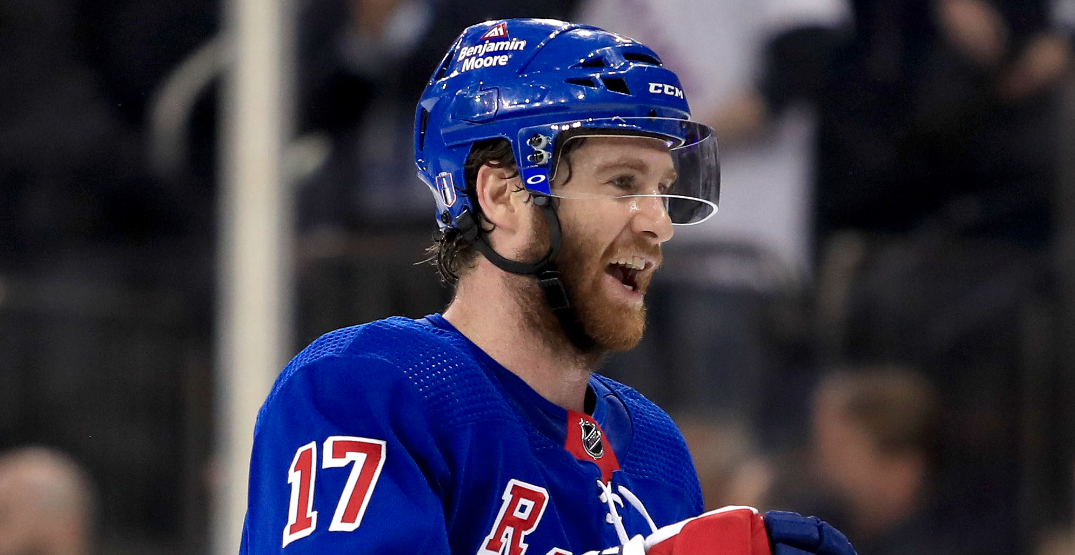 The Calgary Flames have made their first move.

The Flames made their first splash into the free agent pool, signing former New York Rangers centre Kevin Rooney to a two-year contract worth $1.3 million per season, according to multiple reports.

“He fits a need for us right now in that fourth-line center role,” Treliving said Wednesday. “Versatile. He’s got size. He skates. He’s good on the forecheck. He can kill penalties. Watching him, he became a better faceoff player as he went along. Had a great experience with the Rangers run this year. He’s a player we talked about prior to him going to New York. We think he fits with the identity of our group and we’re excited to get him.”

His signing came before the Flames returned fellow forward Trevor Lewis on a one-way contract, in addition to a host of other depth signings the team made upon the opening of free agency.