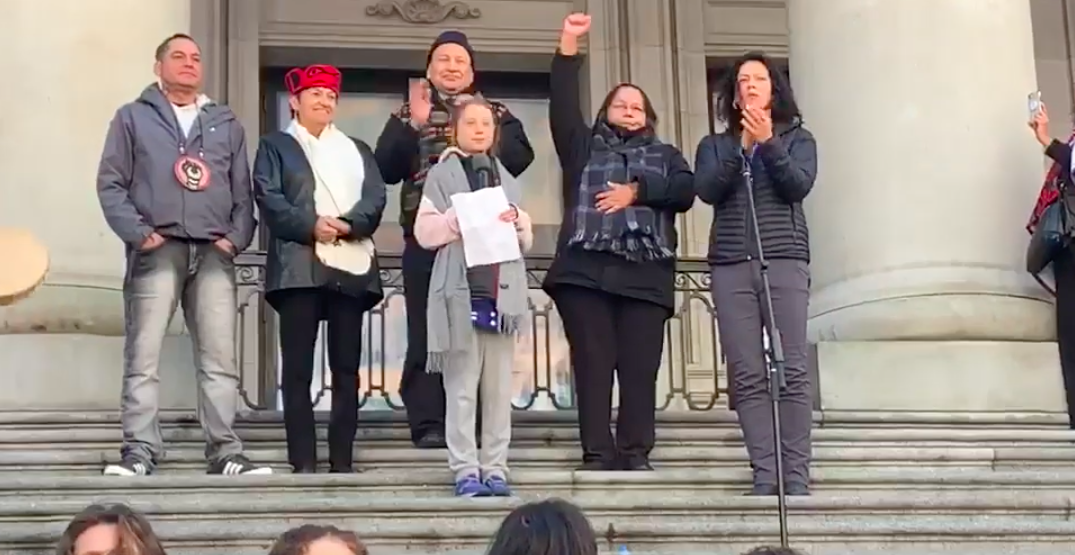 Thousands of people took to the streets of downtown Vancouver to march in a climate protest alongside teen climate activist Greta Thunberg on Friday afternoon.

Organized by Sustainabiliteens Vancouver, the protest shut down traffic Georgia between Richards and Hornby Street.

Crowds gathered at the Vancouver Art Gallery before taking to the streets for speeches outlining the “important next steps for climate strikers across Canada.”

A group of Canadian youth were also in attendance, announcing their decision to file a lawsuit against the federal government for what they say is the government’s contribution to “dangerous climate change.”

After the afternoon’s march, the crowds headed back to the Vancouver Art Gallery where Greta Thunberg addressed the crowd.

“It is always so hopeful to see this, every Friday,” the teen climate change activist told the crowd. “This is a movement with millions upon million of people telling world leaders to act on the science, and demanding a safe future for us and for everyone.”

Together, she continued, “we will make a change.”