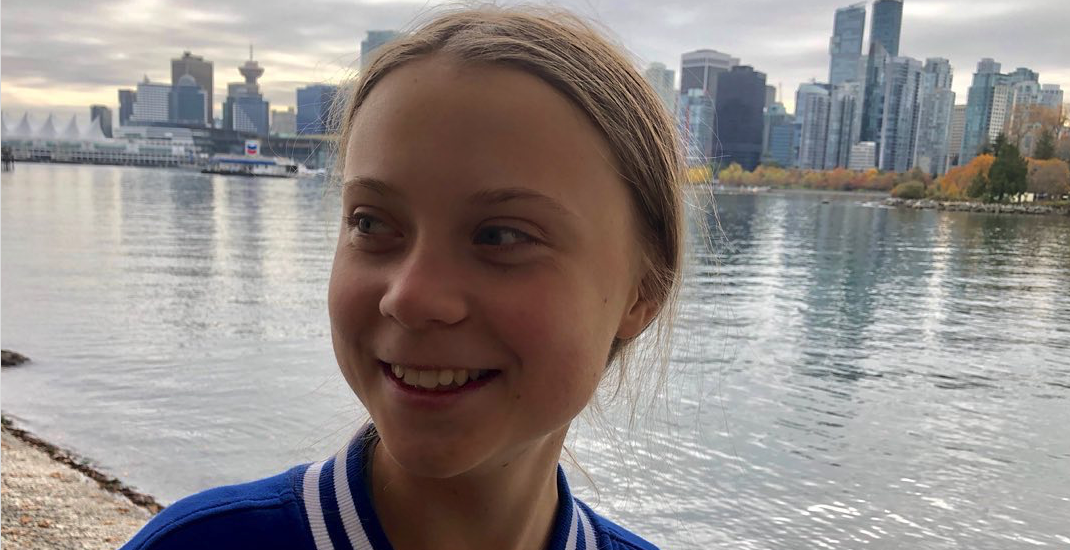 Thunberg shared a photo of herself on Instagram and Twitter with the Vancouver skyline in the background.

“I reached the Pacific Ocean!” she wrote in the caption.

Thunberg is in town to attend a post-election climate rally on Friday, hosted by youth climate organization Sustainabiliteens Vancouver.

Organizers say the march will travel through approximately three km of Vancouver’s downtown core throughout the afternoon, and Thunberg will address the crowd afterwards.

The teen activist will also attend a private meeting with members of the Tsleil-Waututh Nation during her visit to BC.

Thunberg has been participating in climate strikes across the US and Canada over the past two months. The 16-year-old Swedish student and activist has become a global force in the fight against climate change.