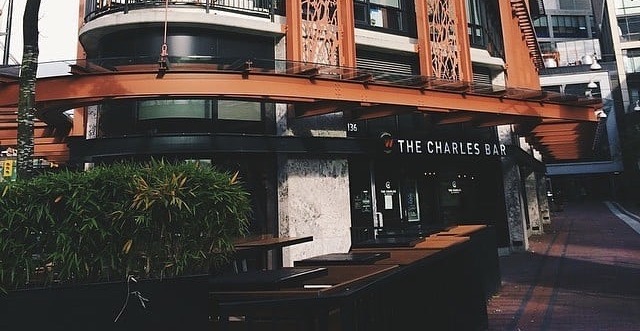 We knew it wouldn’t be long until we found out which spot snagged the former location of The Charles Bar, which closed on March 5 after ten years of operation.

The prime piece of real estate, located at 136 W Cordova Street on the first level of the iconic Woodward’s Building, has now been taken over by an already-established Granville Street business.

GPO Kitchen + Bar will be leaving its original 1224 Granville Street spot at the end of the month (the closing party is on March 29) and plans to quickly transition into its new Gastown digs.

While GPO stands for the General Post Office, a Dublin landmark associated with the uprising that led to the Irish Independence, owners tell Daily Hive that this concept is not an Irish pub but a kitchen and bar with an Irish flare.

GPO will not be making any major changes to the interior, and the same goes for the former Charles Bar food menu and its prices, which will continue to be offered after the spot opens on W Cordova.

The bar and kitchen will be switching things up slightly on the beverage front, changing the 16oz draughts to 20oz, adding more gins and premium tonics, and incorporating some signature cocktails and more craft beer as well.

GPO will continue to offer the same come-as-you-are atmosphere The Charles Bar was known for, offering live music and DJs on the weekends.

One of the owners, Kieran McGrath, told Daily Hive that aside from the food and beverage, it’s the staff at GPO that makes the eatery feel like home, no matter what address it occupies.

“All of our staff have industry experience, but they all were hired because of their personality, we don’t think there needs to be a rigid formula for service,” says McGrath. “We want every server to have a connection with the customers.”

McGrath told Daily Hive that they will be aiming to open its doors on W Cordova later this spring, with an exact opening date to come.

As for the GPO space on Granville, you’ll have to stay tuned for details on that.

That strip of the city is losing another casual-style pub and eatery next week as well, The Bottleneck.