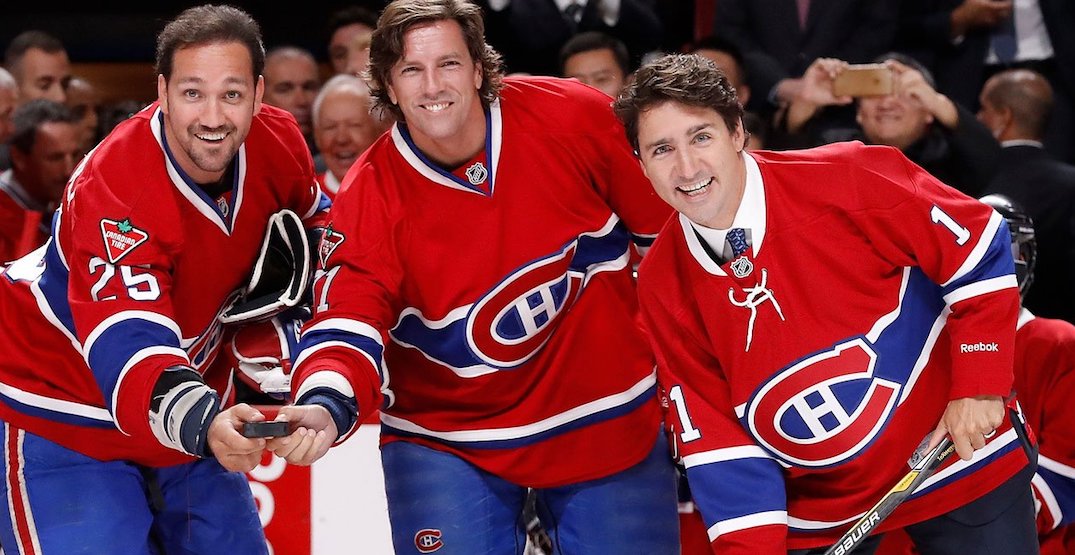 “Canada’s team” is a term that gets hockey fans’ blood boiling rather quickly in this country.

While you’ll get some pushback outside of Toronto for giving that crown to the Blue Jays or Raptors, in general, those are teams with a national following. And while the Montreal Canadiens are the last team from Canada still playing in the Stanley Cup Playoffs, and certainly they have a large fanbase that extends beyond Quebec’s borders, calling them “Canada’s team” is bound to get a reaction.

And boy did the Canadian government get a reaction.

@Canada, the official Twitter account of the Canadian government, has riled up hockey fans ahead of the opening game of Montreal’s third-round playoff series against the Vegas Golden Knights.

“Good luck to Canada’s team, [the Montreal Canadiens], as they enter the final 4 of the NHL playoffs tonight and proudly represent us in the hunt for the Stanley Cup,” @Canada tweeted. “All of Canada is behind you!”

Good luck to Canada’s team, the @CanadiensMTL as they enter the final 4 of the @NHL playoffs tonight and proudly represent us in the hunt for the #StanleyCup. All of Canada is behind you! 👏 #GoHabsGo
📸jyclal/IG pic.twitter.com/gFWvy84yKS

While I’m sure he wasn’t the person behind the tweet, Prime Minister Justin Trudeau is a noted Canadiens fan. Prior to the playoffs starting, he even threw some shade at supporters of the Toronto Maple Leafs.

“I’m just amazed at how hope continues to spring eternal in Leafs fans,” he said last month. “As a Habs fan I’m kind of in admiration of Toronto fans who continue to cling to hopes every year. Year-in, year-out, it’s impressive to see.”

While the Habs bandwagon is certainly filling up with fans that would like to see the Stanley Cup return to Canada, the support is far from universal. Unlike playoff runs by the Blue Jays or Raptors, the Canadiens have fierce rivals that make their home in other Canadian cities.

Despite Ontario landmarks like the CN Tower and Niagara Falls lending their support to the Canadiens in recent days, most Leafs fans don’t wish success for their rival. Neither do fans in many other corners of the country.

For their part, Habs fans appear to just be enjoying the chance to troll their Canadian rivals.

Here’s a sample of the reaction from fans:

The hell we are!

please refund me whatever taxes went to this tweet

I’d rather walk on broken glass than see Montréal win the Stanley Cup. Government doesn’t speak for me. 👍😅

Leafs fans are going to spend 3 days being mad at this tweet.

last i checked this was canada’s team but okay pic.twitter.com/CCQc2ngJXq

I can only imagine the hate this tweet is getting. #GoHabsGo

All of Canada is DEFINITELY NOT behind you. pic.twitter.com/k3UUUSONtt

I am no longer paying my taxes

I am not behind them!
Go Vegas go, with love from Toronto.

The only people who believe in the “Canada’s team” nonsense are the same people who make sure to buy a double double from Tim Hortons Corp on Canada Day.

Where do I turn in my passport, this is a weird stance…

Speak for yourself! This isn’t Canada’s team.