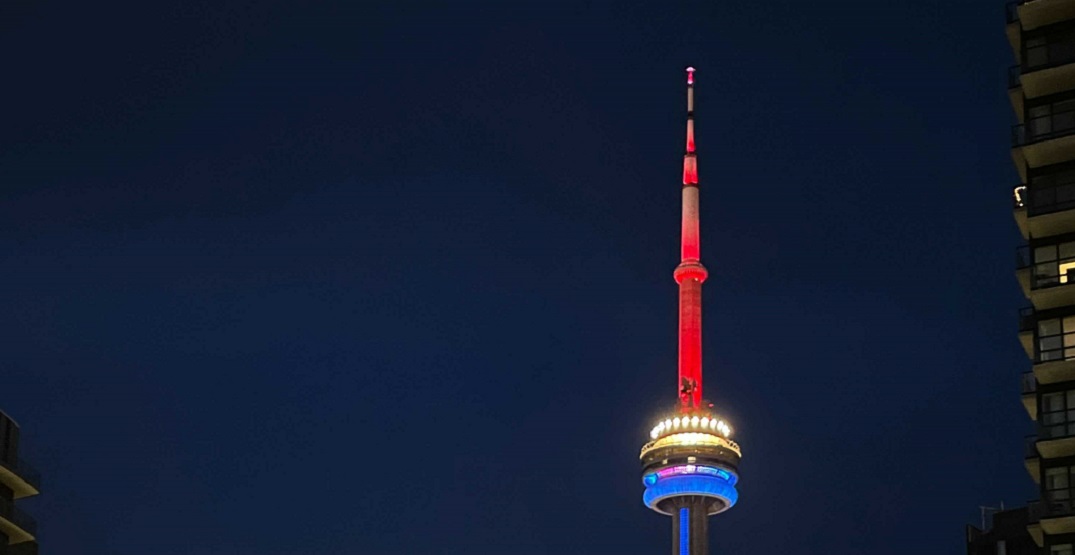 The Montreal Canadiens are Toronto’s team — depending on who you ask.

After Montreal swept the Winnipeg Jets in the second round of the NHL playoffs just a week after beating the Maple Leafs in seven games, the CN Tower was lit up Tuesday night in Les Habitiants colours: red, white and blue.

Some Canadiens fans, including the official team account, were quick to show their support and appreciation:

Thank you, Toronto, for this amazing show of support for the Habs! We, all of Canada, supported the Raptors when they hit the top. It’s time for Toronto and the rest of Canada to show some love for #Montreal. #GoHabsGo !!! 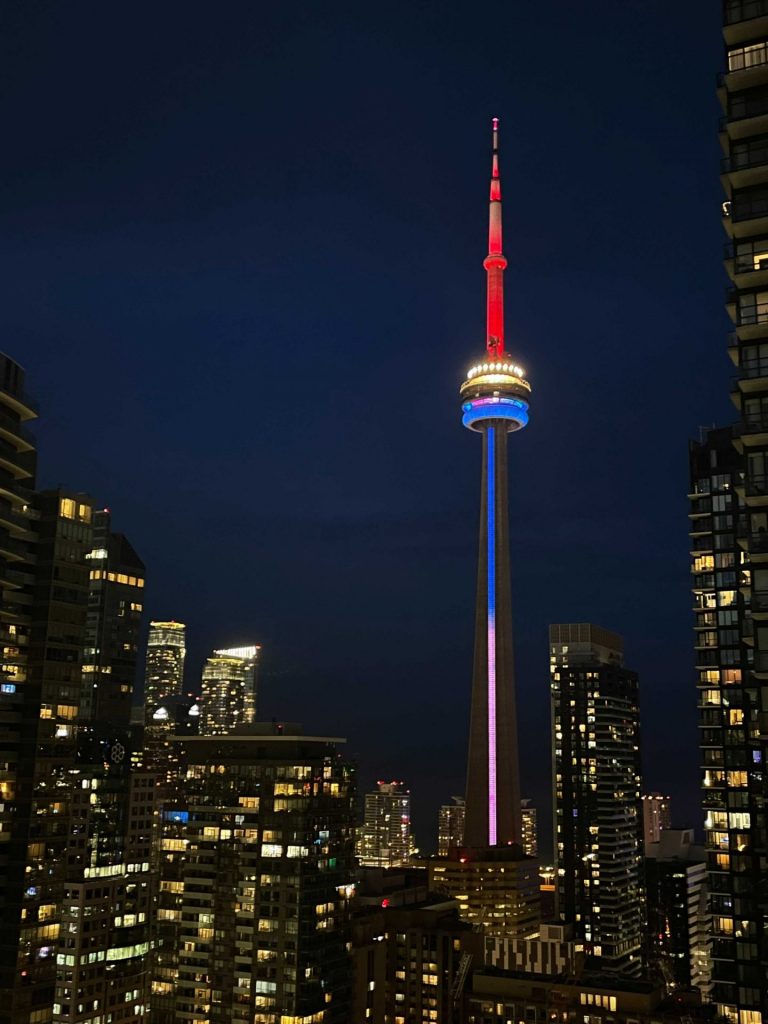 Leafs fans, however, weren’t quite as happy about the new lighting fixtures.

the cn tower is dead to me

My love of the CN just died forever.

This is almost as embarrassing as the Leafs in Game 7s. You don’t support another city’s team when yours is eliminated. 🤦🏻‍♀️

Some even wanted to escalate the issue to the mayor’s office:

@JohnTory can anything be done about this???

“There should be a full and complete investigation of that,” said Tory, likely a bit tongue-in-cheek. “Clearly there’s something here that needs to be looked into.”

While the CN Tower is located in Toronto, it is actually a federally owned and operated property, having been controlled by the Crown corporation Canada Lands Company since 1995.

“The CN Tower stands proudly in the heart of Toronto,” a CN Tower spokesperson said in an email to Daily Hive. “Primarily, the CN Tower’s lighting helps to raise awareness for registered charities and causes.”

“We have lit for Grey Cup champions, we have lit to highlight the achievements of Canadian musicians and performers, and we have helped to cheer on Canadian teams in international sporting competitions.”