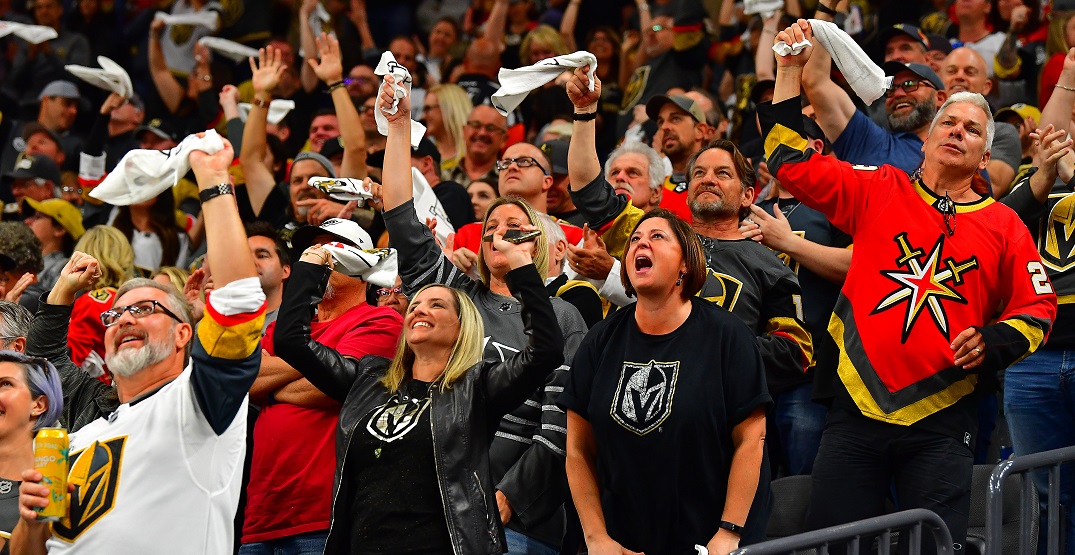 The Montreal Canadiens are heading into their first packed house since March 2020, with Vegas’ T-Mobile Arena hosting them on Monday night as they face off against the Golden Knights in the Stanley Cup semifinals.

“Besides the crowd noises, there’s not much difference,” Canadiens head coach Dominique Ducharme said before Game 1. “We feel comfortable playing on the road.”

But there is something different about playing in Vegas. For one, it’s not in Canada, where they’ve played every game this season and at last year’s return-to-play bubble.

Of course, there’s a marching band, cheerleaders, celebrities, and the like. There are the hotels located right on the strip, and every temptation possible within a one-mile radius.

Fans are notorious for being LOUD in an environment that encourages it, whether it’s the first game of the preseason or another deep playoff run.

But of course, there’s the on-ice product, too.

Since they joined the league in 2017, no team has more playoff home wins than Vegas’ 21. They’ve lost at home just 10 times in that span in the postseason.

The Golden Knights are fourth in home wins over that span, with 96 behind Boston, Tampa Bay, and Pittsburgh in the regular season.

Vegas went 3-0 at home against the Colorado Avalanche last series when they were projected just about everywhere as underdogs. There is a reason why “the house always wins” jokes persist in this market. It is extremely tough to find a great argument to prove otherwise.

All the Canadiens can do is remain confident and look to shock an expected crowd of around 18,000, the only NHL team currently at full capacity.

“Coming in here with the building fully packed, it’s going to be exciting,” Habs forward Josh Anderson said Monday. “A lot of people are thinking that it’s going to be an advantage for Vegas. But we’ve been waiting to play in front of a crowd all season long. I think we’re going to be very excited to hear that energy from the crowd. We will take full advantage of it.”

Vegas, of course, has been a great road team too. In both the playoffs and the regular season, their brand of high-octane hockey could succeed in any market, with or without fans. Only time will tell if Montreal’s defensively-minded setup will be the elixir to silence the Golden Knights and their famed loud fans.