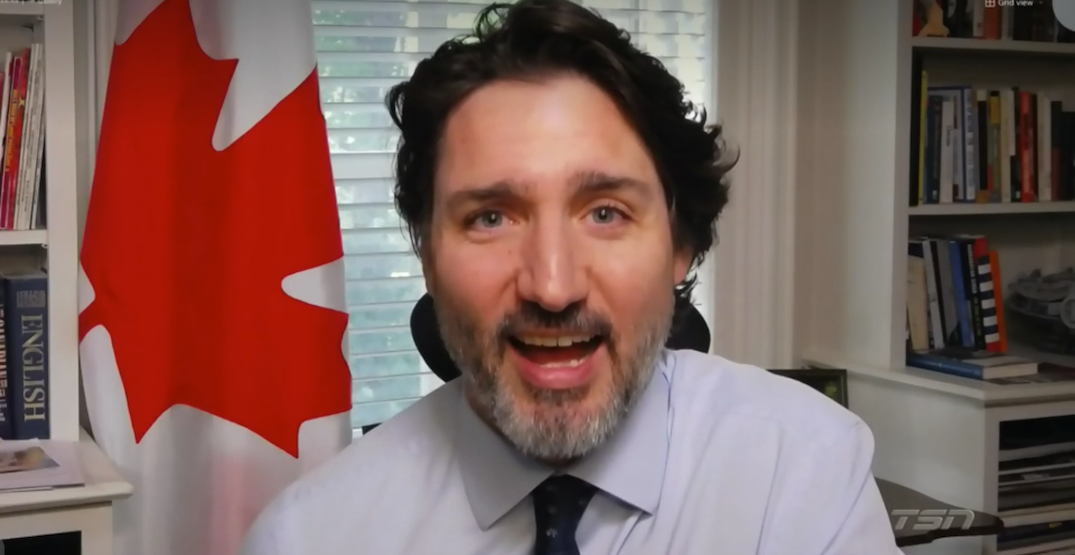 It’s the first playoff series since 1979 between these two historic rivals, and battle lines are already being drawn.

When asked about the upcoming playoff series between the Toronto Maple Leafs and Montreal Canadiens in a television interview with CP24, Trudeau didn’t take a diplomatic approach. The Prime Minister has long been a Habs fan, so he threw a bit of shade at Leafs fans.

“I’m just amazed at how hope continues to spring eternal in Leafs fans. As a Habs fan I’m kind of in admiration of Toronto fans who continue to cling to hopes every year. Year-in, year-out, it’s impressive to see.”

Habs fans have a lot to boast about, of course, given the Canadiens have won an NHL record 24 Stanley Cups. They haven’t won since 1993, but Toronto has the longest Stanley Cup drought in the NHL, having won their last Cup in 1967.

Despite that, the Maple Leafs are heavy favourites in this series.

Not only does Toronto have 18 more points in the standings than Montreal, but the Leafs went 7-2-1 in the 10 games they played against the Canadiens this season.

Will teams be allowed to cross the border?

With over 40% of Canadians having now received at least one dose of a COVID-19 vaccine, Trudeau was asked about when fans could return arenas in Canada, for which he was non-committal.

“If the unthinkable does happen and we’re all wonderfully surprised to see the Leafs in the Stanley Cup Finals, I know there’ll be ways to make sure that everyone gets to watch,” he said.

While every NHL team in the United States has now hosted games with fans in attendance at limited capacity, all games played north of the border have been played in empty arenas. Travel is another issue that will present itself, as one Canadian team is guaranteed to play an American opponent in the Conference Final, beginning in late June.

If teams aren’t permitted to travel back and forth across the border — no pro sports teams in Canada have been granted permission for that since the start of the pandemic — then the last Canadian team standing will have to relocate to the United States.

“Those are conversations still to be had,” said Trudeau. “We’re going to make sure that no matter what we do, we’re putting Canadians first. But I can tell you, one of the things that will make that decision easier, if it comes, is for everyone to get vaccinated and for the cases to be driven down in those coming weeks. We’ve got to get this virus under control, and more than 75% of Canadians need to get vaccinated.

“That’s how we get back to normal — I’m not going to say normal includes the Leafs with a Stanley Cup — but it does mean we’re moving in the right direction.”