Some Canadian hockey fans, as we’ve seen in Toronto, Edmonton, and most recently in Ottawa, protest poor play by throwing their jersey on the ice. Whether it be the high cost of living in the Lower Mainland or something else, we in Vancouver do things a bit differently.

We take to the internet.

If you search “Vancouver Canucks” on Google today, you might notice something different.

The Canucks have been demoted. 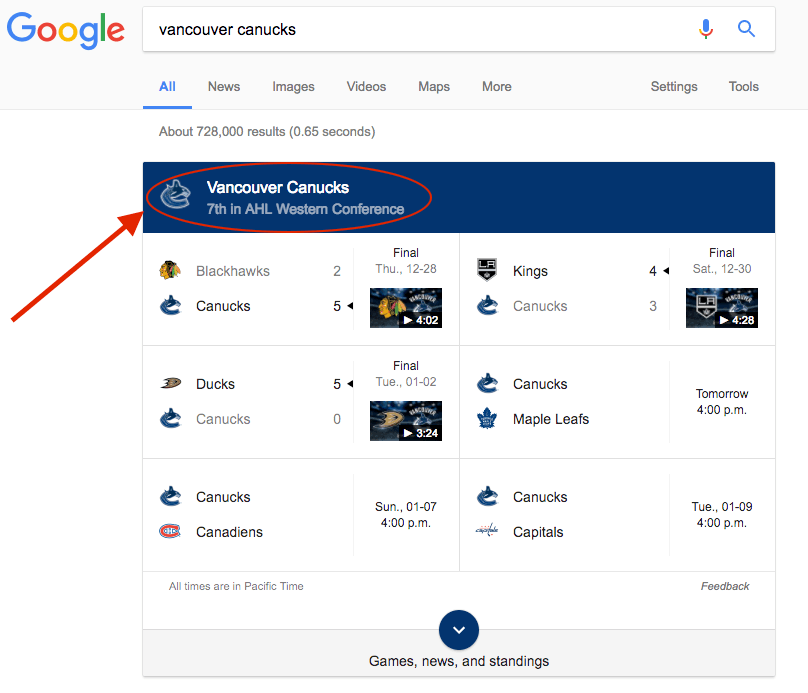 Is this what it’s come to?

The world’s most popular search engine has the Canucks in the AHL, not the NHL, perhaps due to a prank by a fan inspired by the team’s play of late. And they’re not even listed as a good AHL team, ranking them 7th in the Conference.

Ravaged by injuries, Vancouver has lost 10 of 12 games and currently sit 28th out of 31 teams in the overall standings.

Hopefully they’ll make it back to the NHL one day.