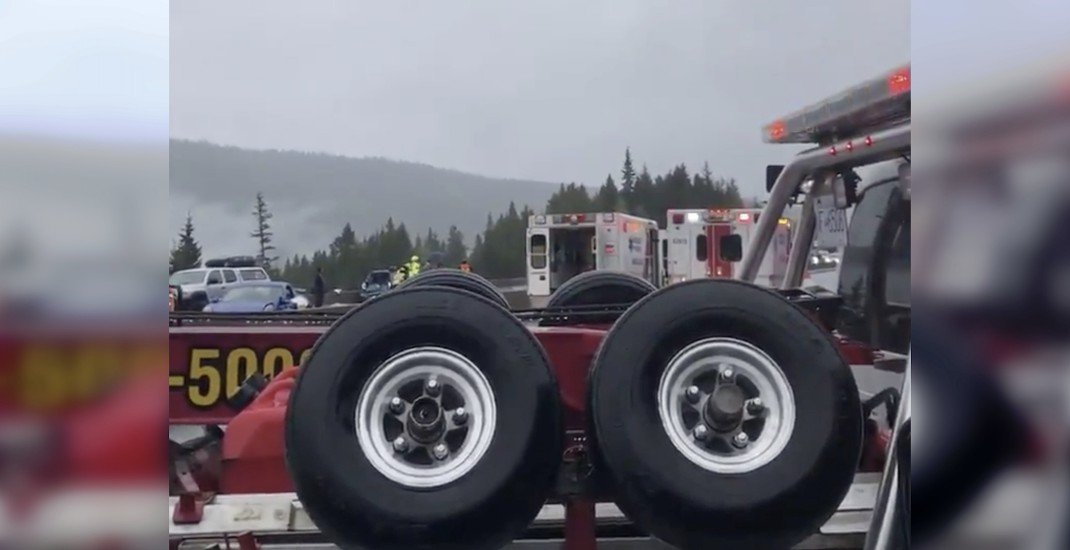 A Good Samaritan who stopped on the Coquihalla Highway to help with a vehicle accident between Hope and Merritt, was killed in what was described as a chain reaction of events on Thursday.

According to RCMP, a small car had initially collided with a northbound commercial vehicle on Highway 5 near the Coldwater Interchange. The collision caused no injuries and the individuals involved were exchanging information on the side of the road.

Shortly after, a 47-year-old man from Salmon Arm, BC, also pulled over to offer his assistance.

Two other vehicles approached the scene and caused the “chain reaction of collisions.”

The driver and passengers who were standing on the roadside from the initial collision were seriously injured and flown to the nearest hospital by BC Air Ambulance.

The Salmon Arm man was pronounced dead at the scene.

Several other passengers were treated at the scene for injuries.

The highway was closed for several hours, following the accident.