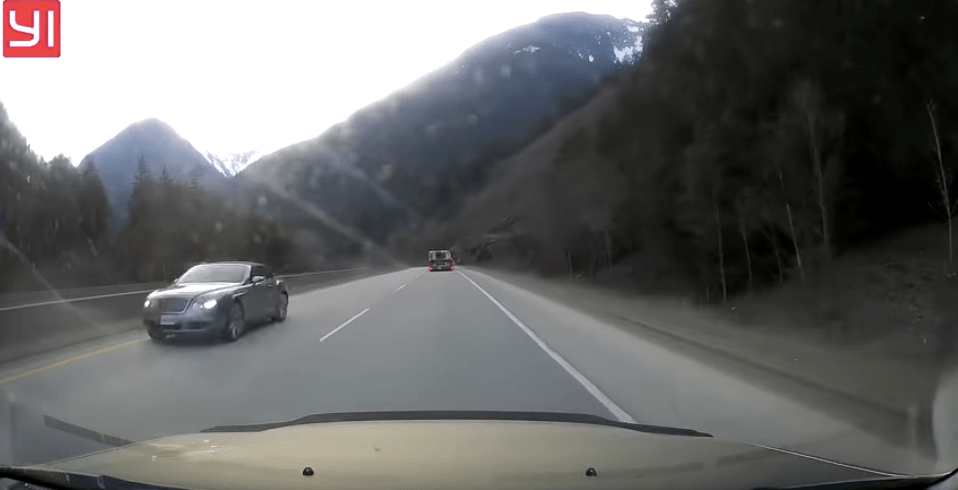 A very dangerous piece of driving was just caught on dash cam on one of the province’s most treacherous highways.

Video captured by driver Jonathan Corrigan and posted on YouTube shows a Bentley driving the wrong way on the Coquihalla Highway.

In the video description, Corrigan said the luxury car was going northbound in the southbound lane. He was “paying full attention and still had only a few seconds to spare” to avoid the car.

“This guy was hauling up the hill.”

He says the incident happened Thursday evening around 6:30 pm near exit 186.

About 15 seconds afterwards, someone in the car that got out of the way just in time can be heard saying “Holy sh*t.”

Daily Hive has reached out to RCMP for comment and will publish more information when available.