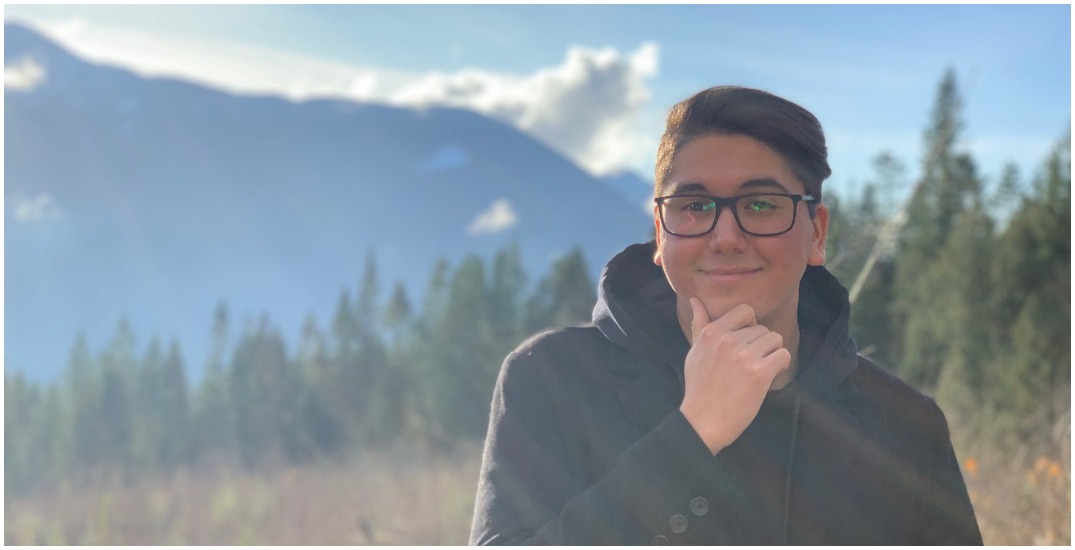 Aaron Pete is studying towards his law degree at UBC.

Indigenous people make up less than five per cent of Canada’s total population, but they constitute almost 30% of those in correctional facilities.

Beyond this, they are more likely to be denied bail and less likely to be offered legal representation. Or if they do secure legal counsel, they spend less time with their lawyers than their non-Indigenous counterparts.

“I was well aware of the over representation of Indigenous people in prisons. That really jumped out at me as something that I’d be interested in learning more about and having a positive impact,” Aaron Pete shared in an interview with Daily Hive.

A member of the Chawathil First Nation, Aaron — who is currently studying towards his law degree at UBC — has become a powerful advocate for the Aboriginal community through his work with the Native Courtworker & Counselling Association Of BC.

Despite his passion for the work and close connection to the work, however, the organization didn’t have a job for him when he began applying for a position as an undergrad.

“I just kept reaching out via emails, phone calls — contacting everyone on their list. They still remember me today for doing that,” he recalls. Ultimately, his tenacity paid off and he joined the team as an Native Court Worker in 2018. The contract began just after he graduated with a degree in criminology from the University of the Fraser Valley. 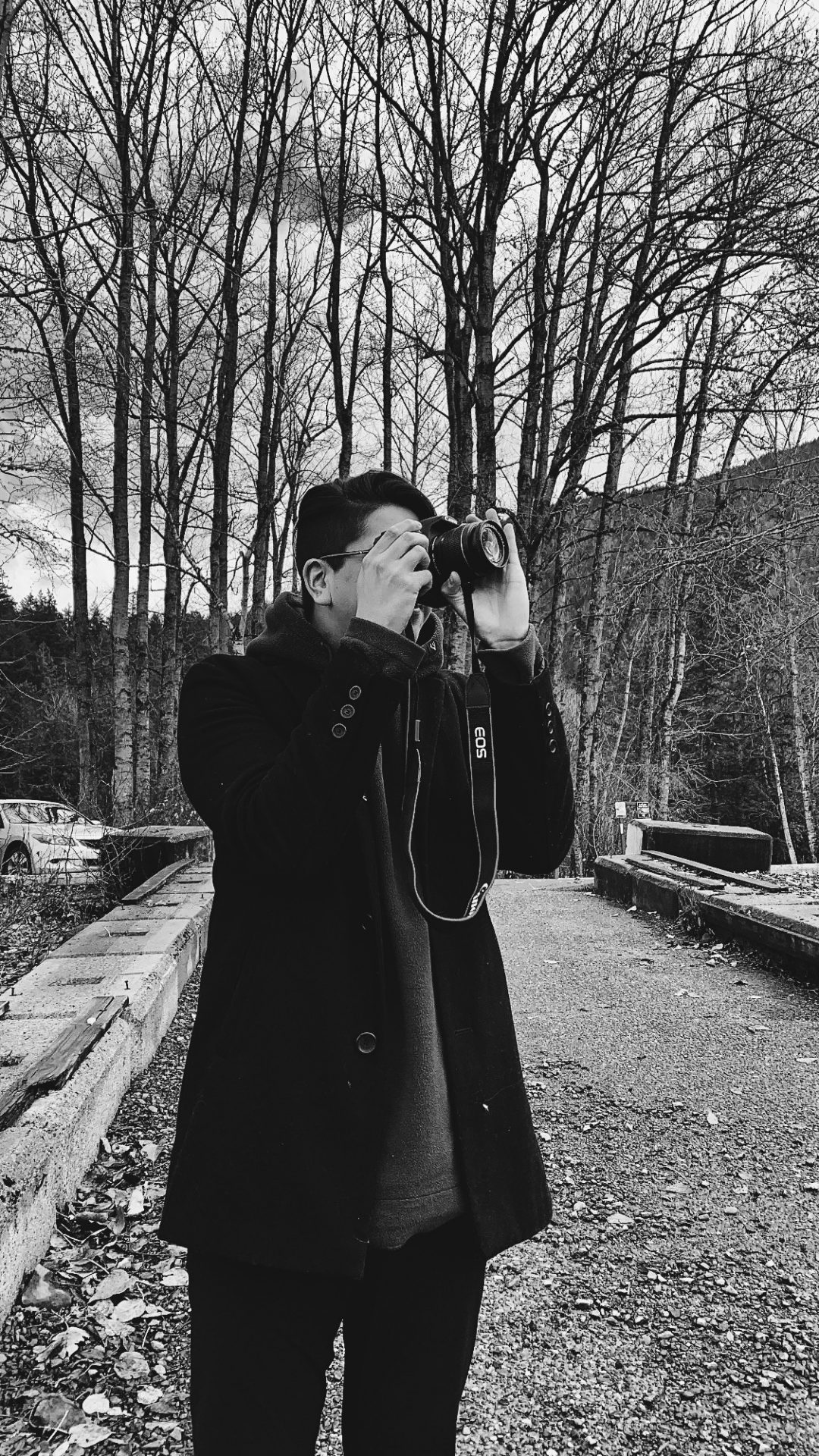 With the organization, Aaron has worked with countless members of his community to help navigate the complicated judicial system. This can include everything from preparing them for court, walking them through the process and being properly dressed.

“NCCABC works with the clients to get them the resources they need, so they can start going back to court,” he explained of his work.

Once Aaron got involved as a Native Court Worker, he realized many in his community weren’t aware what resources were available. Seeking the help of practicum students from his alma mater, he compiled as many as he could into an easily accessible guide.

“If [my clients] have drug issues, family issues… historic trauma from Indian residential schools — any issues that they’re facing — I know the resources to connect them with to get them on a better path,” Aaron adds, explaining that the concept is to understand the fundamental root of the issues that lead to an individual’s charge.

BC-based companies like Telus have also stepped up in a big way. The telecommunications company recently launched a new Mobility for Good pilot program for Indigenous women at risk of, or facing violence.

Offered through select partner organizations like NCCABC, the initiative is designed to provide recipients with a lifeline at a critical time of need — as well as give them hope for the future by connecting them with access to housing, employment and education resources.

Aaron shared some of these same struggles in his youth. Growing up with a single mom in Chilliwack, just the idea of attending post-secondary school — or becoming a lawyer — felt like a lofty goal.

“My mom struggled with a disability. And that made meals difficult,” Aaron, who is now 25, says. “We didn’t have a family car, we lived in an apartment where there was a lot of crime…we were really lacking,” he shares, adding many of his peers had difficult home lives.

When it came to school, teachers went as far to tell the future J.D. he wouldn’t graduate high school.

“I had a lot of teachers and educators really say that I was going down the wrong path…but I didn’t feel like I was stupid. I just didn’t feel like I had a good like father figure to get involved and give me that direction,” he explains.

Ultimately, Aaron proved them wrong: not only did he earn an undergraduate degree from UFV, he was accepted to the Peter A Allard School of Law at UBC in 2019.

For Aaron, becoming a lawyer is more than just a career: it’s a platform to continue the advocacy work he began as a teen. Back in 2012, Aaron campaigned against the Chilliwack city council when they voted to demolish the Paramount Theatre — a place central to the city’s culture.

“We worked really hard to try to save that place. That was the only culture in town. They ended up tearing it down, and it’s gone now. That was my first experience seeing and believing that the community needed something,” he remembers.

“And I still think that that theater should be brought back,” he adds, noting one of his biggest inspirations comes from rapper Big Sean. Back in 2018, the Detroit native announced he would be saving theatres in the city with the goal of fostering community — which was the same vision Aaron had for his own hometown.

“I really admire [Big Sean] for that because it is something that a community needs to be brought together. And that’s what I think downtown Chilliwack is still missing,” he says.

Aaron later took inspiration from Big Sean with his podcast “Bigger Than Me” — named for the rapper’s 2017 song of the same name.

“That was one of my favourite albums that I’ve ever listened to…Sean talks about how he made it he made all the money that he wanted. But then he realized that [the advocacy work] he was doing was bigger than himself.”

For Aaron, creating a platform to highlight real heroes in the Aboriginal community and allies was important. Recent guests have included his boss at Alpine Legal Services, Shanel Prasad, Town Butcher operator Bill Turnbull, and Chief of both the Sto:lo Nation and Ts’elxweyeqw Tribe David Jimmie. On show, guests have tackled topics like systemic racism, community leadership and overcoming adversity.

“I got really frustrated within our own community that there was no way of getting those [positive] stories out. Now I get to tell those stories, and raise awareness about the good things that they’re doing,” he says of the podcast, which launched in June 2020. He also sees the show as an opportunity for youth to have the role models he didn’t have as a kid.

“Growing up, I didn’t have any role models. [Bigger Than Me] was an opportunity to create that for other people who are living in poverty, who live on reserves, who might not know any accountants or lawyers or judges,” he says of podcast, which is available via his own site and Apple.

“This is giving them access to those people and their minds. And what made them do what they did, how they face the adversity and when they got denied for law school, or whatever it was that how did they come back from that now?”

Beyond his podcast and work with the NCCABC, Aaron is currently working as a Summer Student at Chilliwack’s Alpine Legal Services before returning to school in the fall.

“Growing up and not feeling respect from anyone…to be able to say I have a law degree was so far from what my community or from what most people were expecting me to do,” he says. Ultimately, Aaron wants to use his newfound privilege to continue standing up for his community — and helping bring about change, especially to the legal system.

“The First Nations court is becoming a bigger and bigger conversation…I want to be a leader in the community helping others do better,” he concludes.