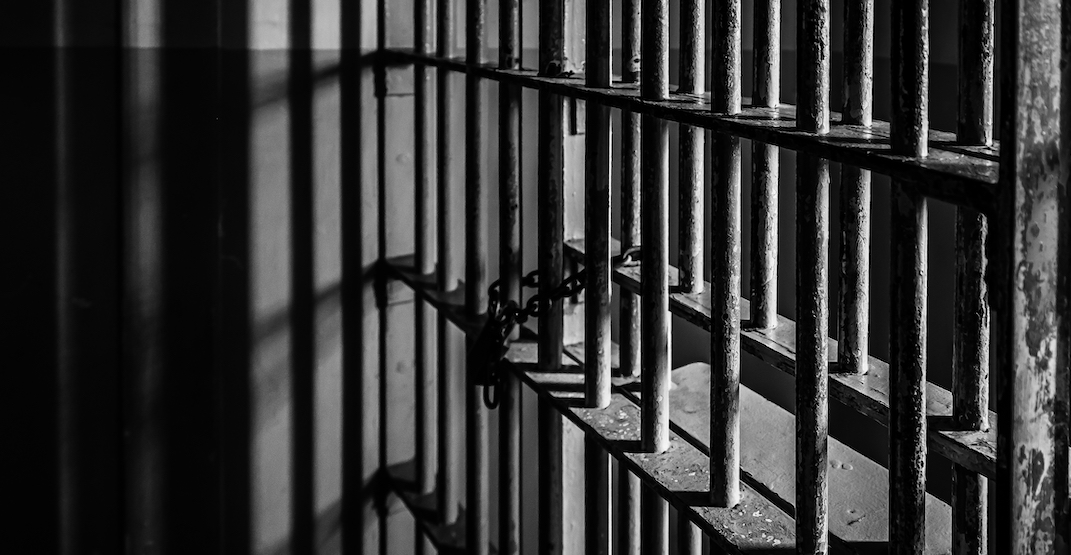 The overrepresentation of Indigenous peoples in Canadian prisons has reached “historic highs” according to a new statement from the Correctional Investigator of Canada.

The new data indicates that the number and proportion of Indigenous individuals under federal sentence has reached new historic highs, with Indigenous people in Canada experiencing incarceration rates that are six to seven times higher than the national average.

The Correctional Investigator of Canada, Dr. Ivan Zinger, issued a news release and supporting information Tuesday, providing context on the trajectory of his findings.

“Four years ago, my office reported that persons of Indigenous ancestry had reached 25% of the total inmate population,” said Zinger.

“At that time, my office indicated that efforts to curb over-representation were not working.  Today, sadly, I am reporting that the proportion of Indigenous people behind bars has now surpassed 30%.” 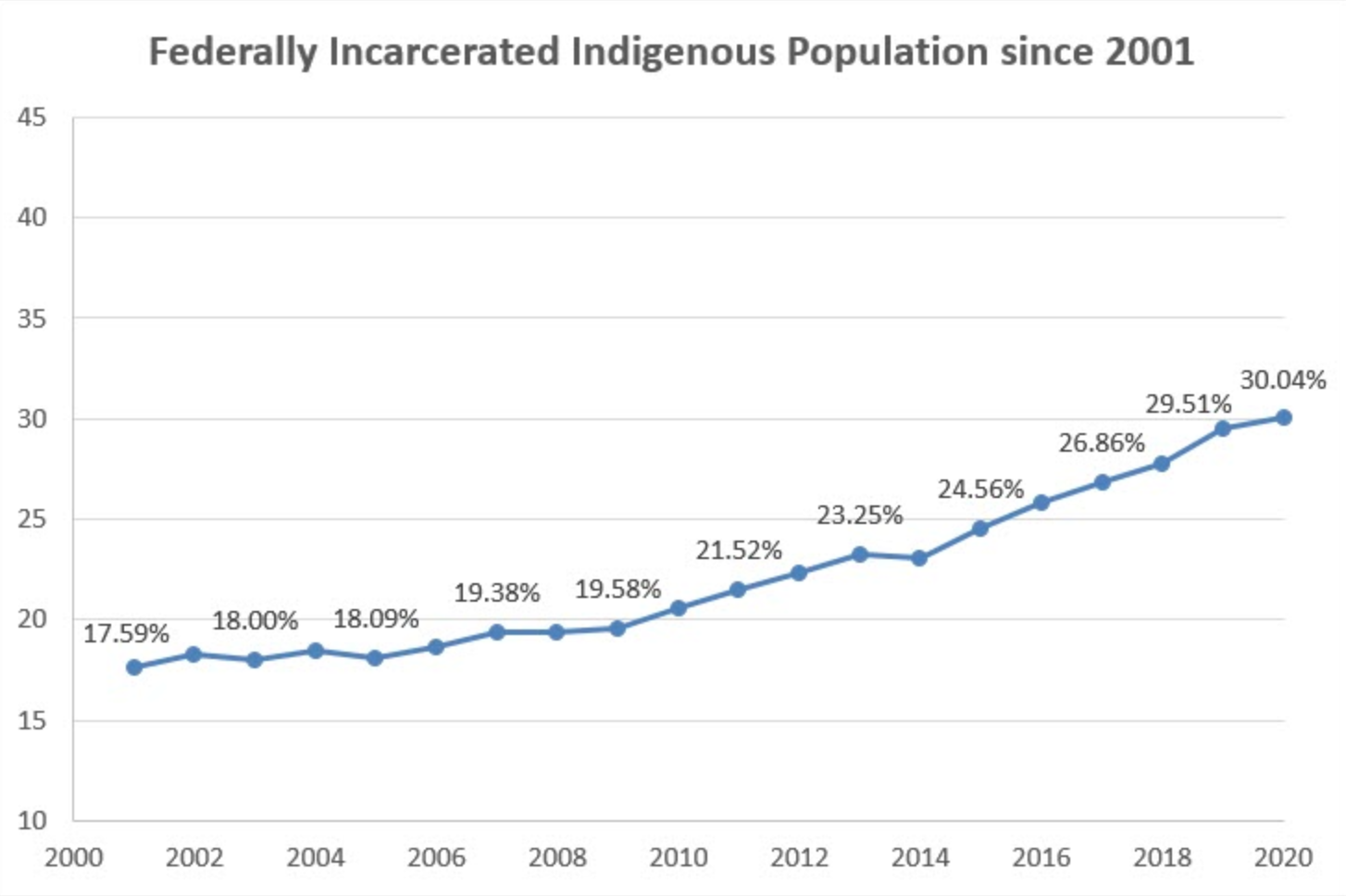 “More recently, custody rates for Indigenous people have accelerated, despite an overall decline in the inmate population,” said the release. 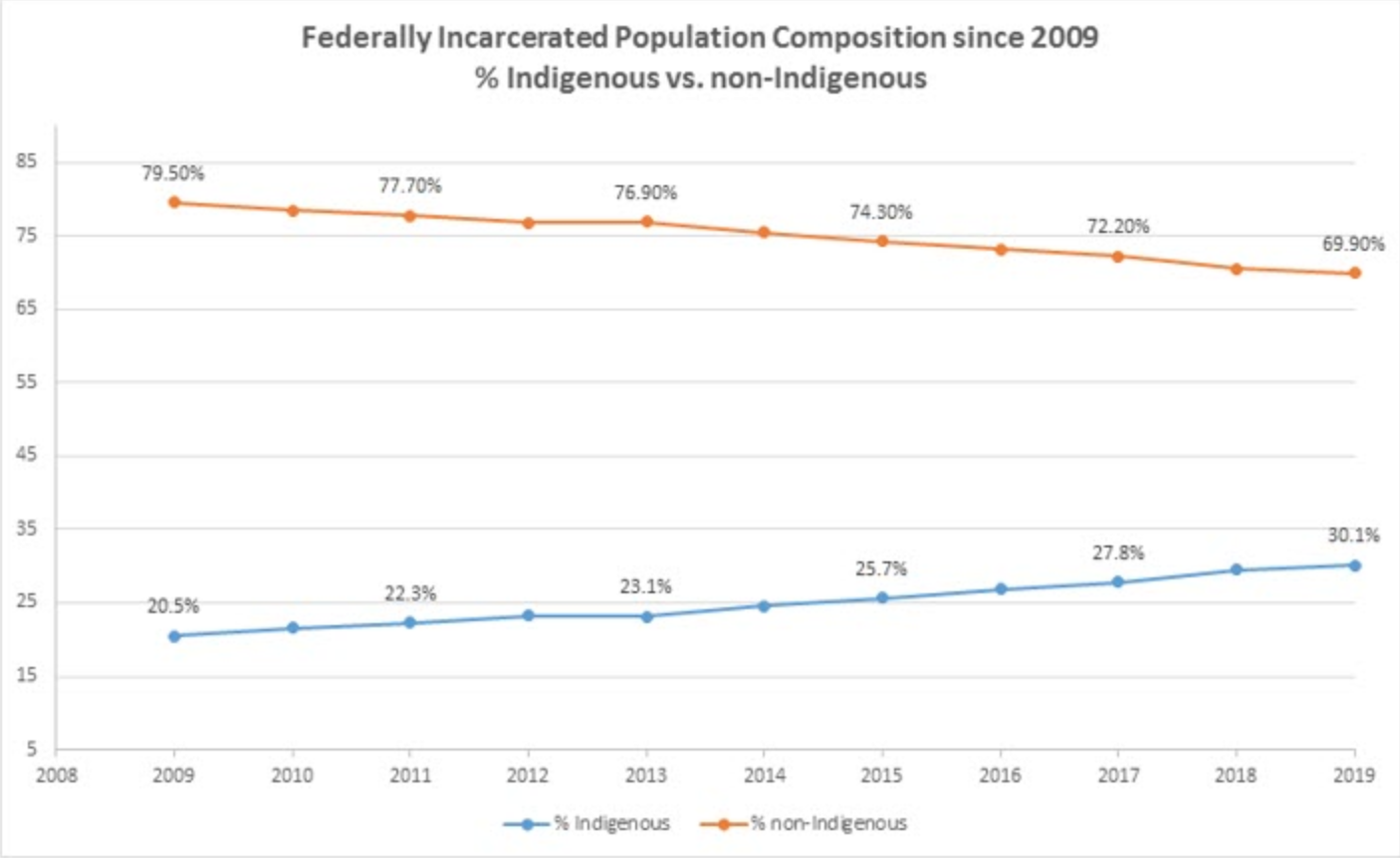 He referred to these trends as “disturbing and entrenched imbalances,” noting that the numbers are even more troubling for Indigenous women, who now account for 42% of the women inmate population in Canada.

According to Zinger, the indications for the future do not look promising.

“On this trajectory, the pace is now set for Indigenous people to comprise 33% of the total federal inmate population in the next three years,” he said.

“Over the longer term, and for the better part of three decades now, despite findings of Royal Commissions and National Inquiries, intervention of the courts, promises and commitments of previous and current political leaders, no government of any stripe has managed to reverse the trend of Indigenous over-representation in Canadian jails and prisons.”

The Office of the Correctional Investigator has noted, that year after year, Indigenous inmates are disproportionately classified and placed in maximum security institutions, over-represented in use of force and self-injurious incidents, and historically, were more likely to be placed and held longer in segregation (solitary confinement) units.

Further, the office found that “compared to their non-Indigenous counterparts, Indigenous offenders serve a higher proportion of their sentence behind bars before granted parole.”

Zinger directly called upon Correctional Service of Canada (CSC) to take responsibility for its role in the inequity, and for the Government of Canada to lead direct efforts to make dramatic changes.

“In failing to close the outcomes gap between Indigenous and non-Indigenous offenders, the federal correctional system makes its own unique and measurable contribution to the problem of over-representation,” said Zinger.

“CSC needs to accept its share of responsibility, recognizing that tweaks around the edges of the system simply won’t cut it.”

According to the statement, the same urgent calls to action are raised in the final reports of the Truth and Reconciliation Commission, the National Inquiry into Missing and Murdered Indigenous Women and Girls (MMIWG), as well as two recent parliamentary committee studies on Indigenous peoples in the criminal justice system.

A number of recommendations that have been made by the office and supported by these bodies, can be found here.

Zinger says that “bold and urgent action is required,” to address this inequity, noting that “the Indigenization of Canada’s prison population is nothing short of a national travesty.”