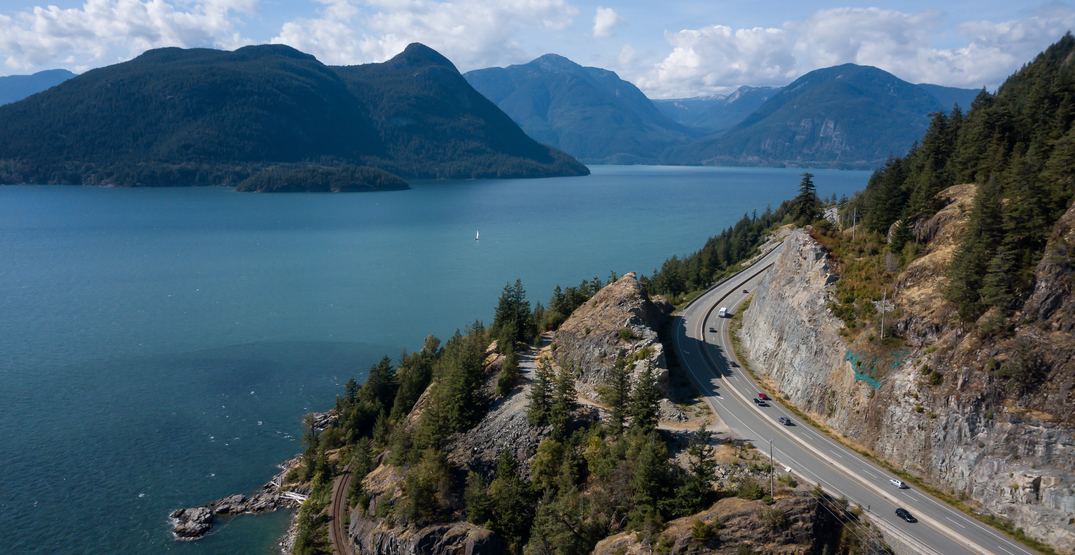 Driving along the twisting Sea to Sky Highway with her mother, Brynn, on September 9, the pair’s car left the road and careened down a 30 foot embankment, according to Squamish RCMP.

With her mother trapped and injured, Adelaide bravely jumped into action.

Although she had been hurt in the crash as well, the girl climbed from the wreckage, scaled the hill, and flagged down a passing car. Police and paramedics arrived soon after to finish the heroic job Adelaide started.

No one saw the car leave the road, said Constable Ashley MacKay at the ceremony, and without Adelaide’s bravery the pair could have been missing for hours.

A month after the crash, Adelaide and her mother have had time to heal. To thank her for her unwavering bravery in the face of a terrifying situation, the RCMP honoured Adelaide on Thursday at a ceremony held at their Squamish detachment.

“All of our colleagues are so proud of you,” an officer told Adelaide. “You are  an example for us, and I would like to thank you for that. You are a hero.”