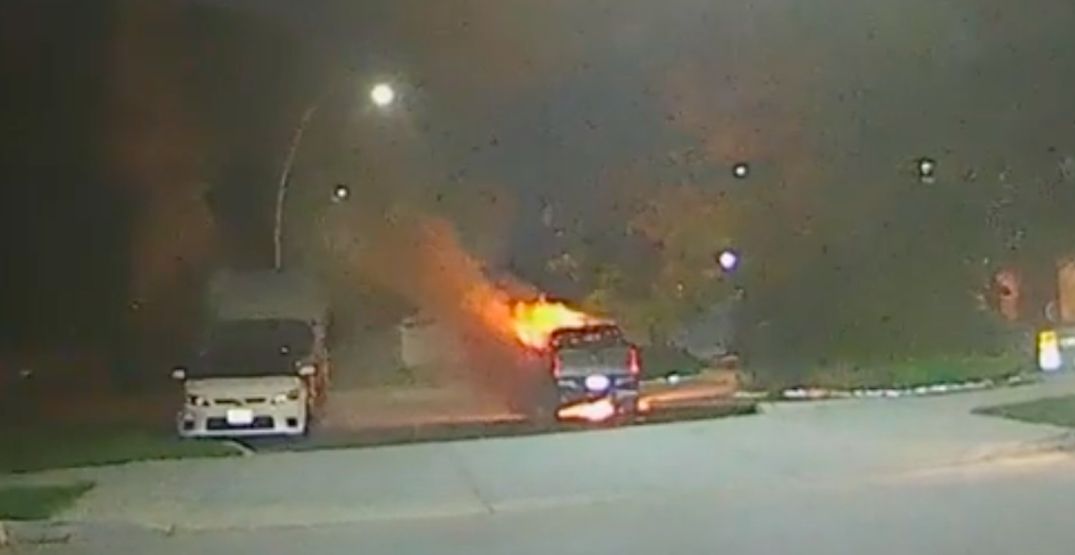 Burnaby RCMP are investigating after multiple vehicles and a tent with people inside were set on fire.

In a release this week, Burnaby RCMP said that at 7 am on Sunday, October 4, police responded to a report of two burned vehicles in the area of Beresford Street and Dow Avenue.

While at this scene, “police were alerted to another fire that was already extinguished approximately 100 metres away,” said RCMP. “This fire involved a tent that was occupied by two people.”

Both individuals in the tent “suffered minor burns putting the fire out.” Burnaby RCMP’s Mental Health and Homelessness Outreach team is now working with these individuals to help them secure safe accommodation.

“Luckily a member of our community saw that the tent was on fire and alerted the occupants,” said Burnaby RCMP Cpl. Mike Kalanj. “We are thankful that these two individuals did not suffer serious injuries.”

There, they found three more damaged vehicles, including one that was partially burnt.

“In this instance the suspect’s attempts to fully burn the vehicles were unsuccessful as he was confronted by a witness and fled,” police said. “After conducting a thorough canvass in this neighbourhood, police have established that this arson occurred at 6:30 am.

Now, Burnaby RCMP has released a video showing the site of the vehicle blaze at Beresford Street and Dow Avenue and “a person of interest,” who can be seen walking by the fire.

“We are asking for anyone that may have witnessed this incident or has a dash cam and was driving in the area of Beresford Street and Dow Avenue or Central Boulevard and Bonsor Avenue on the morning of Sunday October 4 between 6:15 am and 7 am to please contact us,” police said. “Also, if you have any information that could assist police in identifying the person of interest in the video above then please contact Burnaby RCMP.”

If you witnessed this incident or have any information that could assist the investigation, please contact the Burnaby RCMP at 604-646-9999 or if you wish to remain anonymous contact Crime Stoppers at 1-800-222-TIPS (8477) or online.