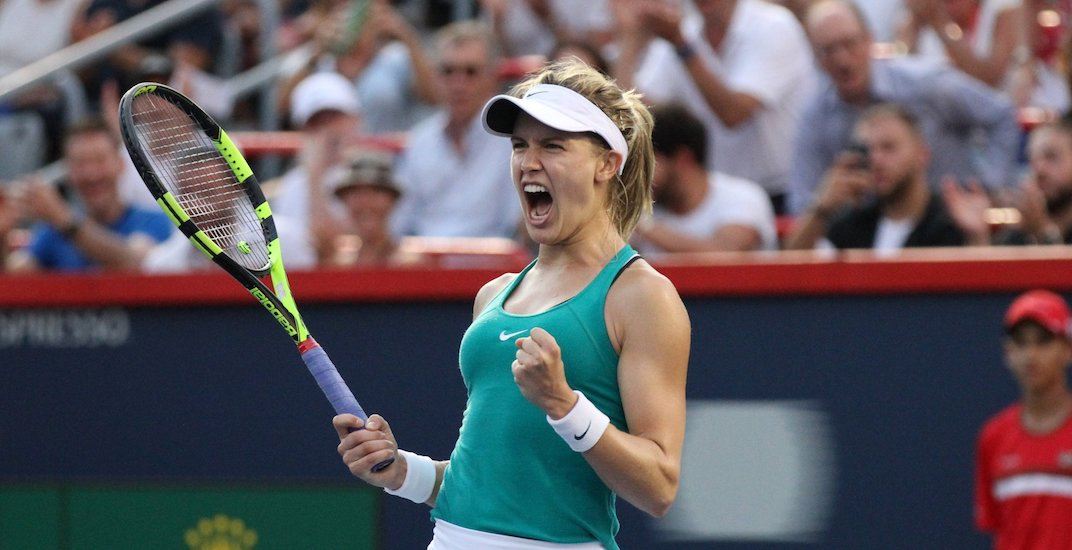 Genie Bouchard will return to West Vancouver this year, as her attendance at the 2019 Odlum Brown VanOpen was confirmed by tournament organizers on Tuesday.

Taking place at the Hollyburn Country Club August 12 to 18, the VanOpen will also feature Canadians Vasek Pospisil, Rebecca Marino, and Brayden Schnur. The remainder of the men’s and women’s draws have yet to be announced.

Though her career hasn’t gone the way many had hoped, Bouchard is still arguably the most recognizable tennis player in Canada. She reached a career-high World No. 4 ranking after busting onto the scene in 2014, reaching the final at Wimbledon, as well as the semis at the Australian Open and Rolland Garros.

Bouchard’s presence helped sell out the final five days at the VanOpen last year, as she upset the top seed in the tournament before bowing out in the quarter-finals.

Bouchard, 25, will attempt to use the VanOpen as a launching point to regain her past form. She’s currently ranked 95th in the world.

BC’s Vasek Pospisil is also looking to regain past glory, having reached a career-high rank of 25th in the world in 2014. A quarter-finalist at Wimbledon in 2015, Pospisil’s ranking has dropped to 186th in the world.

Vancouver’s Rebecca Marino was ranked as high as 38th in the world in 2011, before stepping away from the sport entirely in 2013. She returned nearly five years later, and has been rising up the ranks ever since. She was a surprise semi-finalist at last year’s tournament.

Marino was ranked 427th in the world at this time last year. The 28-year-old has risen to 143rd on the WTA Tour.

Toronto’s Brayden Schnur is ranked higher than ever before, currently 97th on the ATP Tour. The 24-year-old qualified for his first-ever Grand Slam earlier this month, losing to Marcos Baghdatis in the opening round at Wimbledon.

“It is fantastic news to have Rebecca, Genie, Vasek, and Brayden returning to our tournament. All four players played our event last year and contributed to us having sell out crowds,” said Odlum Brown VanOpen Tournament Director Rik de Voest. “It is extremely rare to have some of the top Canadian men’s and women’s tennis players compete on the same court on the same day and we are thrilled to provide it to tennis fans in Vancouver. This is shaping up to be another fabulous year for the Odlum Brown VanOpen and I encourage fans to get tickets early, so they don’t miss out on their favourite players.”

The Odlum Brown VanOpen is Western Canada’s largest tennis event, offering up a total of USD $208,320 in prize money and providing players the opportunity to gain valuable world-ranking points on both the ATP and WTA Tours.

The list of players that played at the tournament before becoming stars is an impressive one, including: