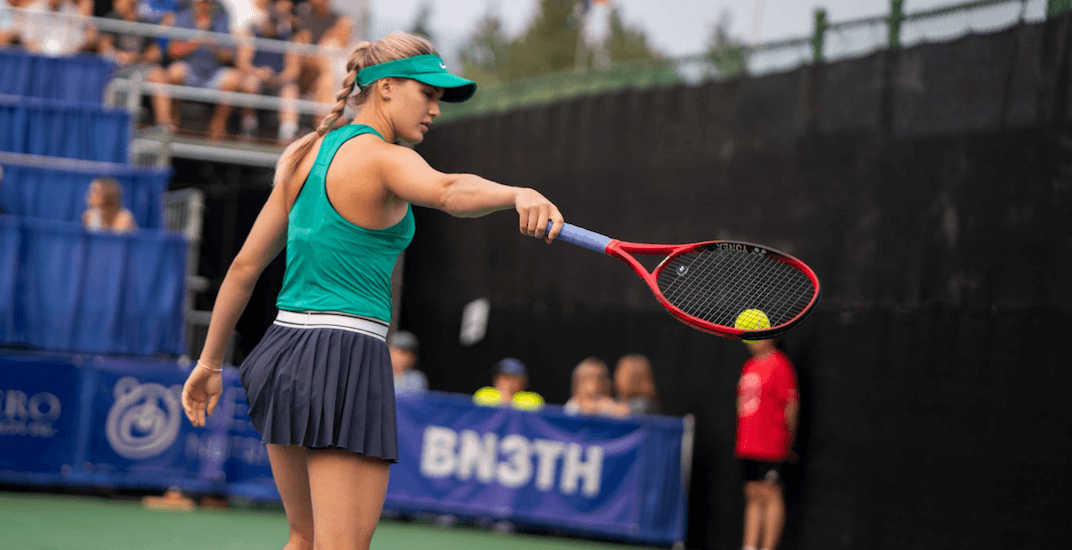 After a one-year hiatus in 2016, the Odlum Brown VanOpen returned last year, and is thriving in 2018.

Attendance is up for the largest pro tennis tournament in Western Canada, as it got a huge boost when some notable names confirmed their attendance this summer.

Genie played her first match at the Hollyburn Country Club in West Vancouver on Wednesday, winning in straight sets (6-2, 6-2), in front of a sold out crowd. Not long after, tournament organizers announced that the final four days of the tournament are also completely sold out.

Thank you for your wonderful support! 🎾🙏❤️

We are now SOLD OUT for the remaining days of the tournament!

If you do have tickets, check out our Guest Services and Policies: https://t.co/rua6TLEcAM#vanopen #vanopentennis pic.twitter.com/CcejE8mmfN

Ranked as high as No. 5 in the world four years ago, Bouchard’s play has slipped since then, which is why fans in Vancouver are getting their first chance to see her since 2011. Currently ranked No. 128, Bouchard needs to play some matches to get her game back, but she still qualifies as a big name.

“I was just trying to stay focused and I’m happy I did that throughout the whole match,” she said following her first-round win over Veronica Cepede Royg of Paraguay. “It’s fun to have the crowd support me and I really appreciate it.”

Bouchard will get a stiff test on Thursday, taking on top seed Kateryna Kozlova, who is currently ranked No. 90 in the world.