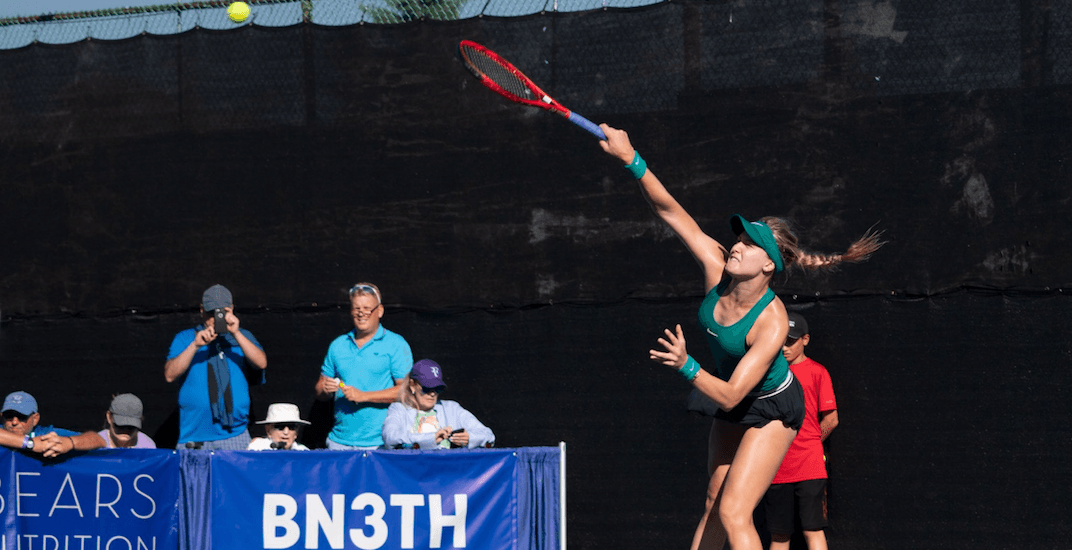 Canadian content has been strong at the Odlum Brown VanOpen this week, as three Canucks have advanced to the quarter-final at the West Vancouver pro tennis tournament.

Playing in front of a sold out crowd at the Hollyburn Country Club, Genie Bouchard knocked off top seed, Kateryna Kozlova, in three sets (6-4, 5-7, 6-1).

“It was a really tough match, she’s a solid player so I had to keep fighting. I definitely raised my level in the third, which helped,” said the 128th-ranked Bouchard. “I was wondering why I didn’t have that in the second, but I still got the win, so it’s okay.”

More surprising than Genie’s run is the fact that Vancouver’s Rebecca Marino is still playing. Ranked 287th in the world as she pursues a comeback (she retired from competitive tennis five years ago), Marino upset the tournament’s second-seed, Yanina Wickmayer, in straight sets (7-5, 7-5).

And @vasek.pospisil for the win! The rallies were constant and such a fun match to see. Way to go Vasek!!! 🎾 🇨🇦 @hollyburncountryclub #tennis #ilovetennis #odlumbrownvanopen #teampospisil

On the men’s side, BC’s Vasek Pospisil battled back after losing the first set, to beat Australian Marc Polmans in three sets (5-7, 6-3, 6-2). He’s also into the quarters.

“I love these types of atmospheres, I love these types of crowds, it’s why I love playing tennis so much. It was another tough one, no match is easy on any ATP Tour, especially in front of the home crowd sometimes I’m a little extra nervous, but I’m just happy to have gotten through,” said the former World No. 25, now ranked 94th, post-match. “Honestly, I thought I played pretty well there in the last couple of sets, and I’m thrilled to make it to the next round.”

Pospisil, Marino, and Bouchard, in that order, will play their quarter-final matches at centre court later today, beginning at 2 pm. Semi-final action takes place on Saturday, with the finals set for Sunday.