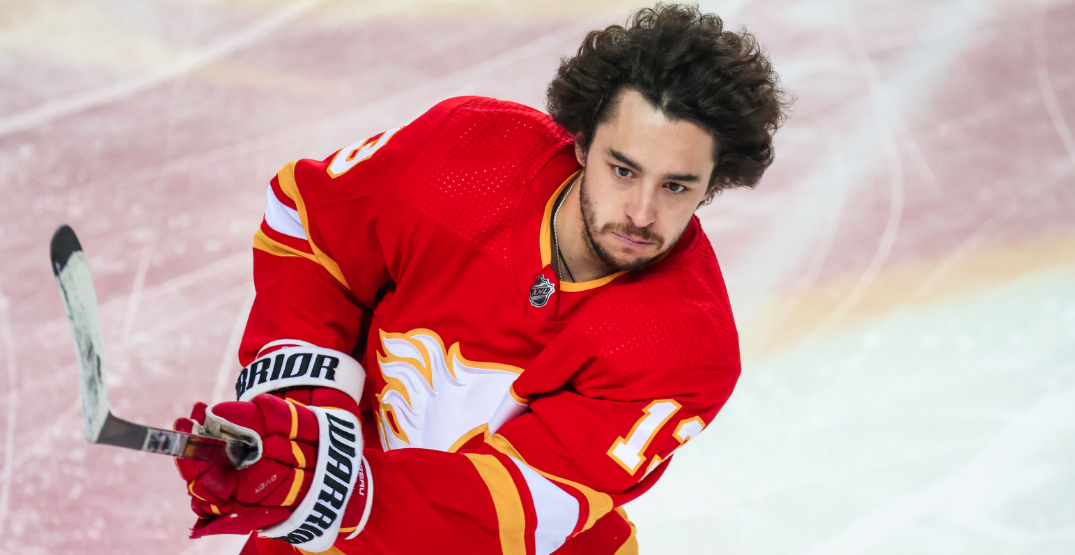 Johnny Gaudreau is bound for the Blue Jackets.

Gaudreau signed a seven-year deal with a reported $9.8 million per season to join the Columbus Blue Jackets, according to multiple reports and first reported by Elliotte Friedman.

The announcement comes one day after it was announced the 28-year-old left wing would test the open market. He hit free agency after the Flames were unable to lock him up long-term after his six-year, $40.5 million contract signed in 2016 expired Wednesday morning.

He was rumoured to receive an eight-year deal with an average annual value of $10.5 million from the Flames, Friedman wrote Tuesday night.

“I can assure our fans that we have done everything possible to keep John in Calgary … I want to wish him and his family the very, very best. He gave us eight great years here.

“It is my strong belief that this was a family decision and I respect that fully. John has every right and we have nothing but respect for John the player and John the person.

“I firmly believe there’s nothing more we could have done. We respect it … I think this was a real hard decision for John …I think everybody operated with the right intentions.”

Can also confirm that Calgary’s last offer to Johnny Gaudreau was 8 years x $10.5 M AAV.
So as expected the star UFA leaves money on the table to go East.
Although still a nice deal with Columbus obviously.

Gaudreau was tied for second in league scoring this season with an NHL career-high 115 points (40 goals, 75 assists) in 82 games this season. He had 14 points (three goals, nine assists) in 12 games in the Stanley Cup Playoffs.