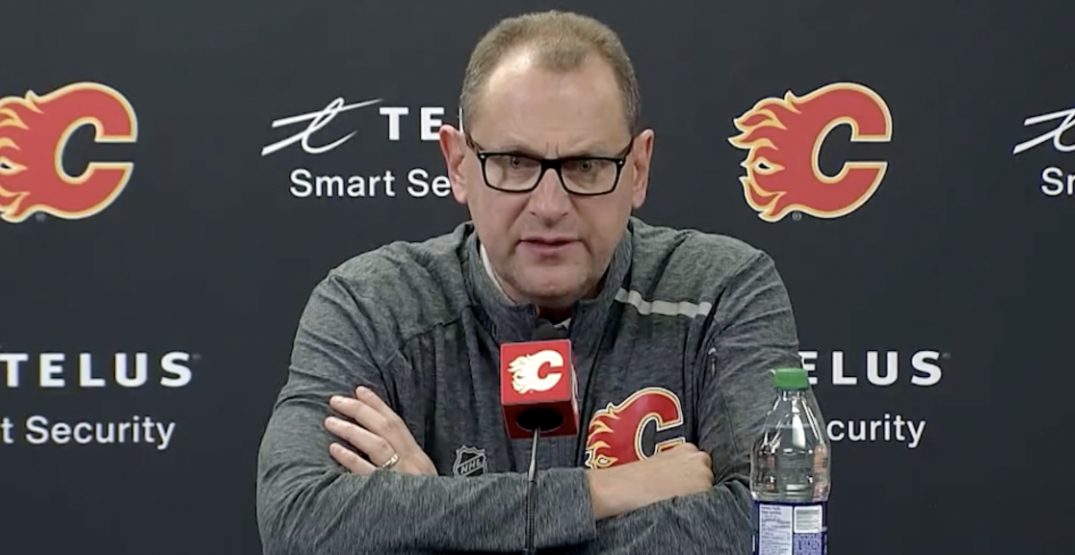 Calgary Flames General Manager Brad Treliving was delivered a big blow on the eve of free agency Tuesday night after learning all-star and franchise face Johnny Gaudreau would explore the open market instead of re-signing with the only NHL home he’s ever known.

Treliving, though, didn’t overreact when free agency opened, opting instead to take a slow-and-steady approach to a crop that didn’t offer an immediate solution that fits with the Flames.

“To me, it’s not just about a big name left so let’s go get a big name,” Treliving told a small collection of local media Wednesday afternoon. “Knee-jerk reaction can’t be ‘We lost Johnny so let’s go blow our brains out.’ I don’t think it makes sense right now. There’s got to be a marriage. There’s got to be a want from a player and a team standpoint, and a fit more than anything else.

“We certainly were making calls and have a good sense of what the market is, and at this point, these are the guys that we signed.”

#Flames general manager Brad Treliving speaks with the media about the signings made on the first day of #NHLFreeAgency. pic.twitter.com/XRUfBxropk

The Flames brought back veteran forward Trevor Lewis on a one-year pact and signed fourth-line centre Kevin Rooney, formerly of the New York Rangers, to a two-year contract. The two were the biggest moves amidst a host of free-agent depth signings on the opening day of free agency.

Gaudreau signed a seven-year contract worth an average annual value of $9.5 million with the Columbus Blue Jackets on Wednesday evening, according to multiple reports.

“Not everything gets solved today,” Treliving said. “The idea that you’re just going to go out and, quite frankly, blow our brains out here today really didn’t make sense. You’ve got to have also opportunities. There’s got to be dance partners for you. At this particular time, we’ve made some decisions here, made some signings that’ll give us depth.

“Today’s not the last day that you have the chance to build your team. We know we have some work to do. We’re six hours into free agency so we’ll continue to work at it.”

Treliving needs to be a bit cautious in his approach, too.

He’s got just over $22 million in cap space to play with, according to CapFriendly, but still has restricted free agents Matthew Tkachuk, Andrew Mangiapane, and Oliver Kylington to bring back into the fold. The trio will command at least 70% of that space.

“You’re trying to improve your team, sure,” Treliving said. “You’d like to get players. But it’s got to make sense. We’ve been aggressive in free agency in the past and sometimes it’s worked and sometimes it hasn’t worked. Again, it comes back to you making the calls.

“You look at the players that would fit in certain spots. You have a number that you’re willing to go to. If you can get it done and it works for both sides you get it done. We certainly looked at some opportunities that were in front of us, and at this point, this is where we’re at.”

The Flames have three or four forward spots to fill — potentially with prospects Adam Ruzicka and Jakob Pelletier battling to be full-timers — and a couple of opportunities remaining on the blue line. They’re set in goal, returning the tandem of Jacob Markstrom and Daniel Vladar.

The biggest vacancy, though, remains Gaudreau’s spot on the top line.

“You get up and you get to work,” Treliving said. “You can’t have a funeral, right. Nobody’s hanging their heads. You get to work. Yesterday, John made a decision to move on. We have to go on today. Today’s moving forward.